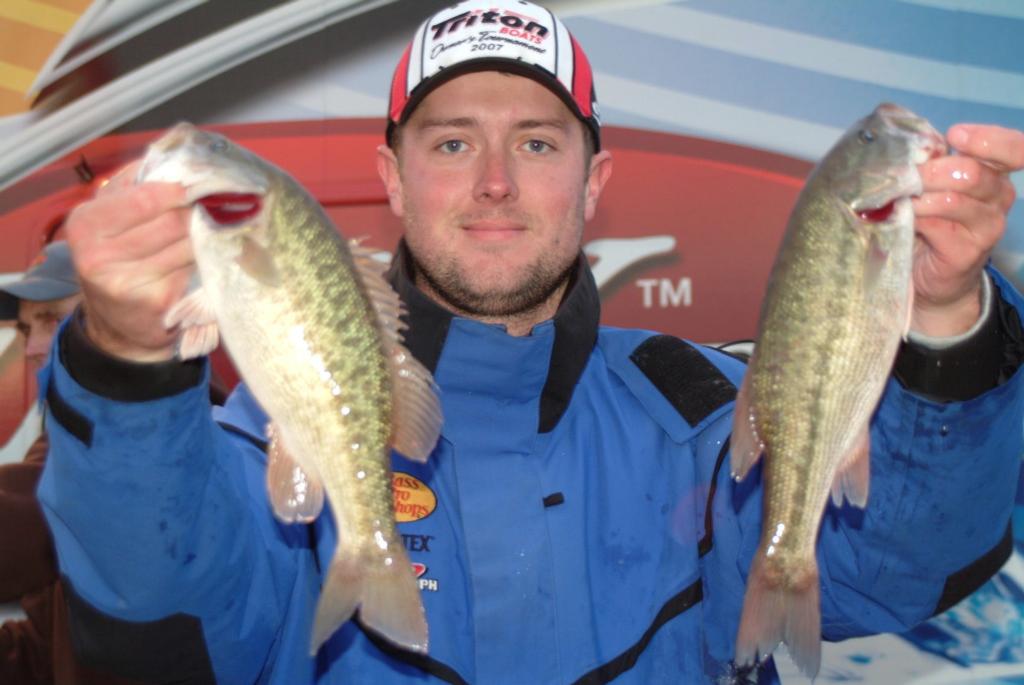 REDDING, Calif. – Day-two leader Chris Laskowski had one of those days where seemingly nothing went right. He broke off plenty of fish, lost fish at the boat and burned three-quarters of a tank of gas running around trying to locate big bites – all to no avail. However, what Laskowski didn’t count on was that his fellow top-10 contenders would have an equally miserable time on the water.

By the time Friday’s weigh-in had concluded, it was obvious that the bite was tough for everyone. And once again, the main beneficiary of that tough bite was none other than Laskowski.

“It was the toughest day I’ve had in a long time,” said Laskowski, who turned in a modest 7-pound, 10-ounce stringer to bring his three-day total weight to 38 pounds, 10 ounces. “I broke off about four fish and lost a couple of good ones right at the boat. Nothing went right today.

“I wound up leaving the door open for somebody to catch up to me,” Laskowski continued. “But it never happened. Right now I have to be the luckiest guy in the tournament. I’m just really lucky those guys didn’t catch me today.”

In the end, for all of his effort, Laskowski actually gained 2 ounces on his next closest competitor – not bad for a bad day.

“I really thought it was going to be a good day of fishing,” he said. “I had some good bites early but they broke off. Then I wound up running around, hitting probably 50 different spots. I probably ran 60 miles at least. I was culling the entire time, but I just couldn’t get that big bite.”

Laskowski, who attributed the tough bite to the change from a low-pressure front to a high-pressure front, said he continued to target spotted bass in anywhere from 3 to 40 feet of water.

“And I’m going to do the same thing tomorrow,” he said. “I know I can catch 7 pounds tomorrow. But if I can get at least 10 pounds in the boat, I’m going to be hard to beat.” 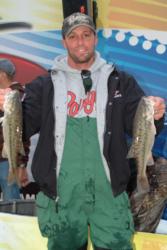 Meanwhile, Robert Lee of Angels Camp, Calif., used a three-day total of 31 pounds, 12 ounces to move up into second place heading into Saturday’s final day of competition. But like Laskowski, Lee was hardly happy with today’s performance.

“The fishing was just brutal today,” said Lee. “I actually wound up losing my confidence late in the day. I had been getting quality bites all week, but today I just couldn’t get that big bite. It was tough out there.” 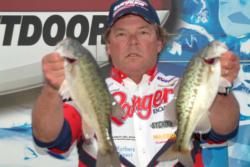 Bill Townsend of Redding, Calif., dropped from second place to third after recording a three-day catch of 31 pounds, 2 ounces. And, not surprisingly, Townsend found that Lake Shasta had thrown him a curveball today just like everyone else.

“It was terrible out there,” he said. “It was just a real struggle all day. There were a lot of boats out there and there is a lot more pressure on the lake. But no matter what happens tomorrow, I’m still happy to be here.” 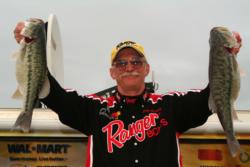 Fifth place belonged to Bret Gouvea of Redding, Calif., who recorded a three-day catch of 30 pounds, 6 ounces. Gouvea had been in 13th place heading into today’s competition.

Rounding out the top-10 pros who survived Friday’s cut were: 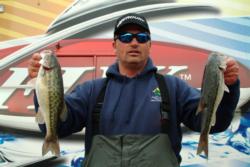 On the strength of a three-day catch of 25 pounds, 12 ounces, Craig Kraft of Cottonwood, Calif., netted the top spot in the Co-angler Division heading into tomorrow’s finals.

“I’m really happy,” said Kraft. “All week I’ve pretty much been using just a Senko and so far it’s worked out well. Tomorrow, I’m not changing anything. Why would I?”

Kraft said that his strategy is to toss a Senko at the bank and reel it back to the boat while sitting in approximately 25 feet of water.

“I’m targeting rocky points,” he said. “But so far the bite has been really subtle. A lot of times you don’t even know you have a fish on until you move your rod.”

As an added bonus to finishing the day in first place, Kraft drew Laskowski as his pro partner in the finals. While having the top-ranked pro is always a good thing, the partnership is even more special for Kraft.

“I like my chances fishing with Chris,” said Kraft. “We’re really good friends so we’re going to be very comfortable fishing together tomorrow.”

Second place belonged to Brody Bramlett of Finley, Calif., who leapfrogged from 31st place to a spot in the finals thanks to a 10-pound, 7-ounce catch on day three. Bramlett heads into Saturday’s competition with a three-day weight of 24 pounds, 4 ounces. Bramlett also won the day’s Big Bass award in the Co-angler Division after landing a 4-pound, 3-ounce bass. 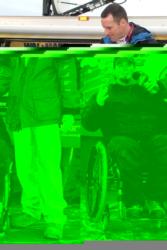 Matt Beller of Anderson, Calif., a disabled Marine veteran, finished the day tied for third place with a three-day total of 23 pounds, 10 ounces. Beller shared third place with Aaron Agner of Anderson, Calif., and Michael Wright of Grass Valley, Calif. However, Beller currently holds the tiebreaker due to his stellar 17-pound, 8-ounce catch on day two.

Rounding out the top-10 co-anglers who survived Friday’s cut were: