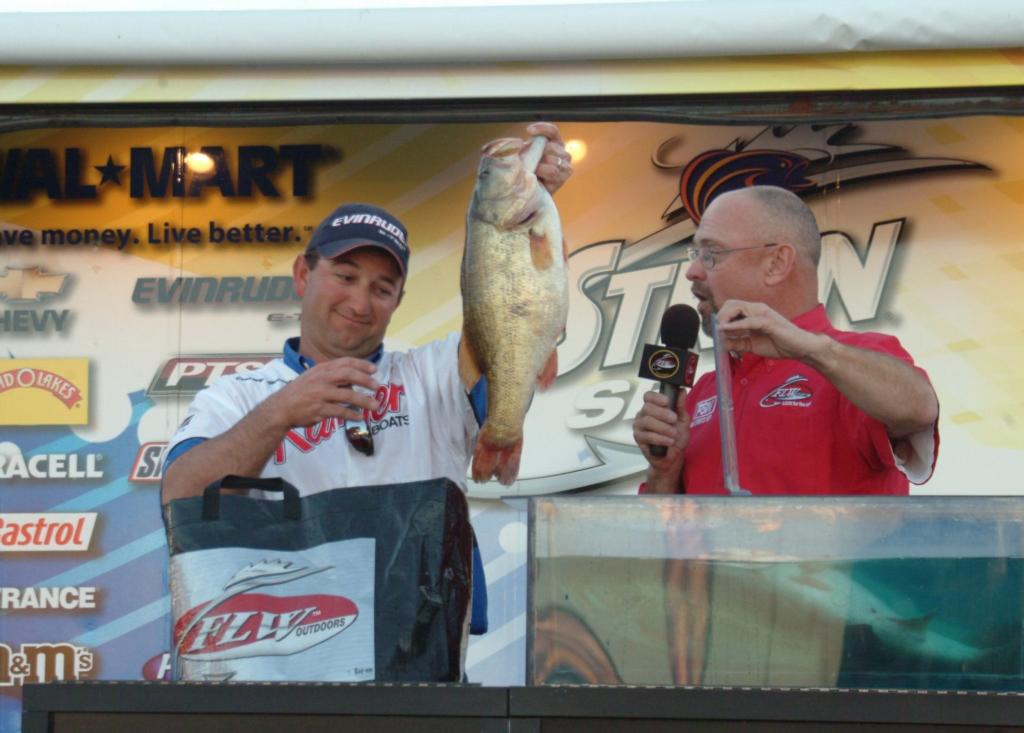 ZAPATA, Texas – When he reached the Zapata County Community Center for the final weigh-in of the Stren Series Texas Division season opener on Falcon Lake, pro Jeremy Guidry thought he had 22 or 23 pounds in his bag. As it turns out, he greatly underestimated his catch due to grappling with 9- and 10-pound bass all week.

After catching 27 pounds, 13 ounces Saturday, Guidry finished the event with 110 pounds, 2 ounces. That’s the heaviest four-day cumulative tournament weight in the history of both the Stren Series and FLW Outdoors as a whole. Guidry’s catch shattered the previous record of 105 pounds, 8 ounces set by David Mauldin of Tomball, Texas, during the 2006 Stren Series tournament on Lake Amistad. In fact, the top three finishers on Falcon all surpassed the previous record.

The cat is officially out of the bag: Falcon Lake is the hottest bass fishery in the country.

“I keep waiting for someone to pinch me,” said the pro winner. “Yesterday at noon I didn’t even know if I was going to stay in the top 10. I just fished hard and got it done.”

Guidry started each day by throwing a ChatterBait, a lure that built its reputation as a grass bait, around huisache trees. He tipped the ChatterBait with a Lake Fork Live Magic Shad swimbait. Guidry said the lure had the versatility of a spinnerbait but did a better job of mimicking tilapia, the primary bass forage in Falcon. Later in the day, he would switch to flipping a V&M Super High Tail creature bait. He rigged the creature bait with 65-pound braid and the ChatterBait with 20-pound monofilament.

“Using mono around trees, especially with these mean fish, was nerve-wracking. I caught more fish on the V&M bait, but the bigger fish came on the ChatterBait.” 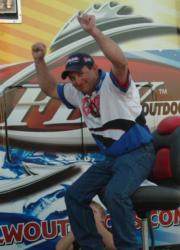 During the final day of competition, the Opelousas, La., native caught 25 keepers. His first five fish weighed only 12 pounds, but he continued to upgrade throughout the day.

Guidry’s record weight earned him a $25,000 cash purse and a fully loaded Ranger boat. The total value of his first victory was $69,500.

Starting the day in fifth place, the Del Rio, Texas, angler caught a five-bass limit on day four that weighed 33 pounds. His fish were so large they wouldn’t all fit in the underwater aquarium. Instead, his 9-pound, 8-ounce kicker had to be weighed separately. 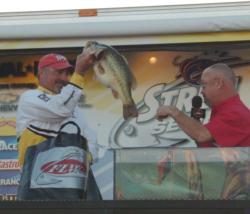 “Wow is right,” exclaimed Reneau. “I had found a whole bunch of fish deep in practice. I was averaging around 30 pounds a day. I lost two big fish the first two days, and that really hurt me. The first day I should have had 35 pounds. But in those deep trees, you’re going to lose some. There’s a lot of brush down there and a lot of mean fish.”

Reneau’s total weight of 107 pounds, 12 ounces is even more impressive considering he failed to catch a fifth keeper on the second day.

“I was only averaging seven or eight bites a day. I was going for the quality bites, trying to win. I’m just happy to fish flawlessly the last two days and give myself a chance.”

The Amistad expert used a 3/4-ounce Oldham jig with a Strike King Rage craw trailer on 80-pound braid. Reneau fished channel edges in 10 feet of water, and his primary area was located on the U.S. side in Big Tiger Creek.

Fishing in the first pro event of his career, Nicky McNeely lost his grip on the lead after catching only 20 pounds, 11 ounces on day four. 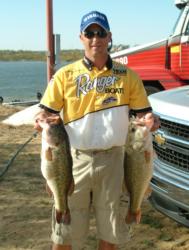 “I’ve been sightfishing all week, but today they wouldn’t eat,” said the 2007 Louisiana TBF champion. “The water was slick as glass and they wouldn’t budge.”

McNeely was seemingly the only pro who was actually looking at spawning bass. For most competitors the water was too dark. His key baits this week were a double-wide Reactions Innovations Sweet Beaver, a Yum Sooie and a V&M Magnum lizard. He fished two banks near Old Guerrero, located on the Mexico side of the lake, 12 miles southwest of the takeoff site. With $70,000 on the line today, he had two 8-pound fish pull off his hook.

“I’m just thrilled to come out here and make the top 10. It’s a dream come true to do this in my first tournament.”

Local hero Charles Haralson of Laredo, Texas, finished fourth with a four-day total of 102 pounds, 12 ounces worth $6,466. Haralson guides on the lake, has won numerous local events and was among a 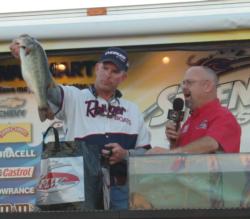 handful of favorites coming into the tournament.

On day four, he caught a five-bass limit weighing 23 pounds, 3 ounces. His lure of choice was a 3/4-ounce Jo Charles spinnerbait in white and chartreuse color. Occasionally, he would flip and when he did he would opt for a 3/4-ounce Oldham jig with a Strike King Rage craw trailer.

“Most of them came on the blade, but today I caught them all flipping,” Haralson said.

He fished near Marker 8 on the U.S. side of the lake, five miles south of the Beacon Lodge. Despite knowing the lake better than anyone, Haralson never caught a bass heavier than 7 pounds – which makes his total weight all the more impressive.

“It’s been a little disappointing, but it’s been fun. I really expected to do better and had the opportunity to do better. Sometimes the home-lake advantage can actually hurt you. I knew some good spots that I never checked.” 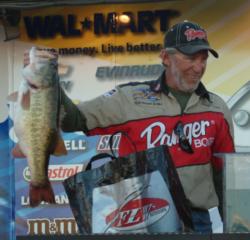 pounds, 1 ounce, earning him $5,657. Truax caught the third-heaviest limit of the day on day four. That limit, which weighed 25 pounds, 7 ounces, moved him up one spot.

Truax, who caught a limit on day three that weighed 32 pounds, 8 ounces, used a 1-ounce Santone spinnerbait and a Zoom Brush Hog. His line of choice was 80-pound Stren Superbraid.

Rounding out the top 10 pros at the Stren Series Texas Division event on Falcon Lake:

The next Stren Series event will take place Jan 30-Feb. 2. on Lake Seminole, the season-opening qualifier in the Southeast Division. The next Texas Division event is slated for Feb. 20-23 on the Sam Rayburn Reservoir in Jasper, Texas.