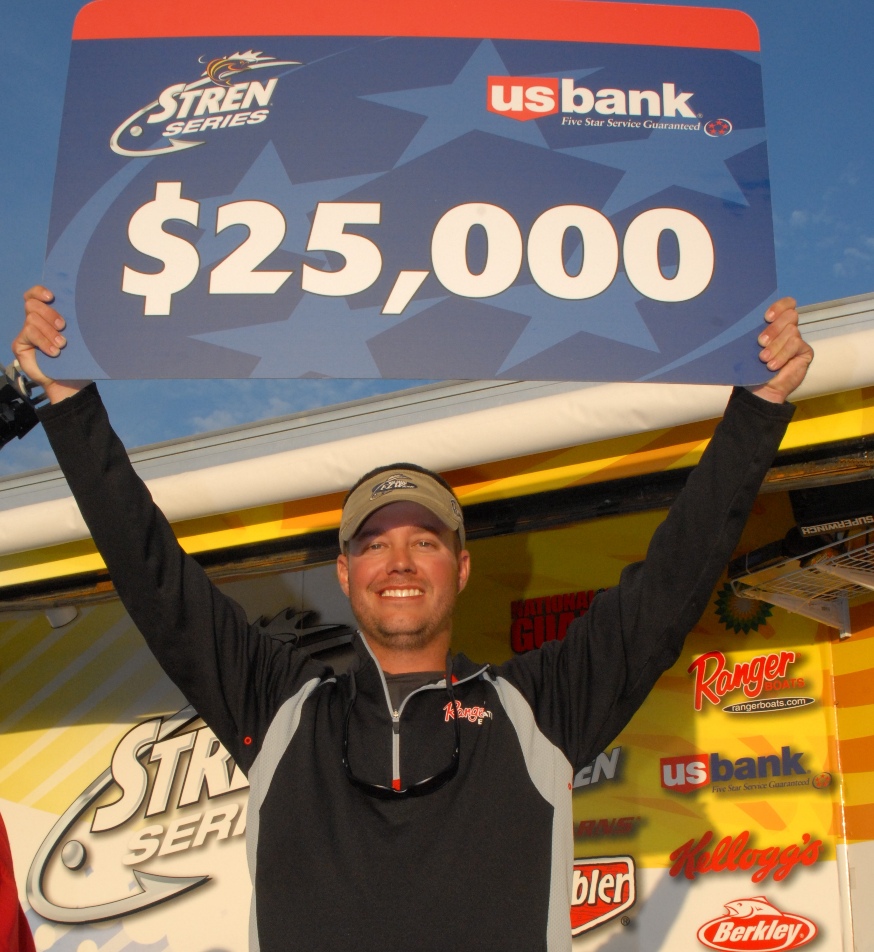 BAINBRIDGE, Ga. – The first Stren Series Southeast event of 2008 was supposed to take place on Lake Seminole – and for the most part it did. Each of the four competition days, a vast majority of the tournament field idled out of the Earle May Boat Basin in Bainbridge, Ga., and headed south to fish Seminole.

But for Clint Brownlee of Tifton, Ga., the first Stren Series Southeast Division event of 2008 was fished – and won – on the Flint River, about 40 miles northeast of Lake Seminole.

Brownlee knows because he is the pro who won the event in a very unique fashion: by catching rare shoal bass far up the shallow, treacherous Flint River.

First, while tremendous single-day shoal bass catches have been documented from the Flint River, counting on the rare species for a four-day tournament is rather risky, especially in February, simply because shoalies are a product of their volatile riverine environment. It’s nothing for the Flint River to rise 3 or 4 feet in a 24-hour period and become essentially unfishable overnight.

But for four days in a row, the Flint remained unusually stable for Brownlee.

Secondly, a trip up Flint River from Bainbridge is not for the faint of heart. It’s a 20-mile ride through swift whitewater, shallow rocky shoals and, at times, waterfalls. One tiny mistake in running the rock-lined chutes can mean total disaster for a lower unit – or even a boat hull. To make that run for four days in a row without incident is a feat in itself.

Brownlee did have a huge navigational advantage though, since he borrowed a friend’s tunnel-hull aluminum boat for running the Flint’s skinny waters. But his decision to use that aluminum craft came with a great sacrifice.

You see, Brownlee recently purchased a brand new Ranger Z21 bass boat in order to make sure he was qualified for the Ranger bonus in the Stren Series events in 2008. Qualified Ranger owners are awarded a new fully rigged Ranger boat, in addition to the base winner’s purse of $25,000, should they win the event.

In the official tournament rules, however, it states that in order for the bonus guidelines to be met, the pro must actually fish from a Ranger during the competition; hence, Brownlee gave up his chance to win a Ranger boat with his decision to fish from the aluminum boat.

“I was fully aware of that going into the event,” Brownlee confirmed. “I actually practiced in the lake for a couple days out of my new Ranger, but the lake bite wasn’t on good enough to suit me, so I decided to fish the river – and I wasn’t about to take that brand new boat up in those rocks.”

“When I borrowed the aluminum boat, I knew I was giving up my right to win a brand new Ranger if I won the event, but I did it anyway,” he added. “Hey, I still won $25,000; that’s nothing to sneeze at.”

And finally, who could have predicted that Lake Seminole – long touted as one of the south’s best bass fisheries – would be so unproductive for such a prolonged period of time for the rest of the 185 pros who fished her waters.

In the end, many things had to line up perfectly for Brownlee’s win. But make no mistake about it, Brownlee did not just stumble onto a pile of shoal bass in the Flint River by accident. 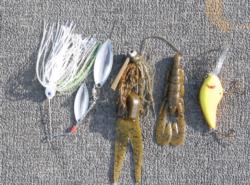 majestic Flint and her treasured shoal bass for many years.

“My buddies and I grew up fishing for shoal bass on the Flint River,” he revealed. “I’ve fished for them all up and down the Flint, from Montezuma, Georgia, and south in all different seasons. I know their patterns and habits.”

Much of the four days, Brownlee drifted two key two-mile sections of the river that he has become particularly fond of over the years.

He fished big rocks in the middle of the river with a combination of a 1/2-ounce Davis Lures Paca jig, a Little Earl crankbait, a Texas-rigged Zoom speed craw and a Mini-Me spinnerbait.

“I originally set out to make the top 20 and get the year started off right in the points,” Brownlee said. “But after I weighed in the 19 pounds on day two, I knew I could probably win it up there.” 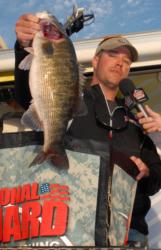 And win it he did. In fact, he didn’t even need the single 5-pound shoalie he caught on day four. Since the main lake never produced a big bag of bass for any of the other nine finalists today, Brownlee could have essentially stayed in bed this morning and coasted to victory on his 11-pound, 6-ounce leading margin he had amassed over the first three days.

But Brownlee’s single lunker shoalie did give the weigh-in fans assembled at the Bainbridge Wal-Mart a good look at one of the rarest bass on earth and, in the end, pushed his four-day winning total to 45 pounds, 4 ounces.

And consequently, Brownlee made a bit of tournament-fishing history by being one of the first anglers to win a multiple-day FLW Outdoors event with primarily shoal bass. 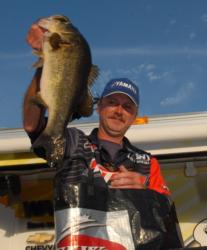 Jackson, who weighed in two bass for 10 pounds, 13 ounces on day four, was the closest to closing in on Brownlee.

The Florida pro spent much of his week flipping a Berkley Chigger Craw topped with a 1 3/4-ounce Penetrator tungsten weight tied to 80-pound-test Stren braid to matted vegetation in the Chattahoochee and Spring Creek arms of Seminole.

His alternate pattern, which produced one of his fish today, was a 1/2-ounce Yozuri Rattlin’ Vibe lipless crankbait fished over grass flats. 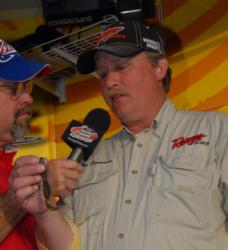 Curt Fannin of Prestonburg, Ky., finished in the third-place position with a four-day total of 31 pounds, 10 ounces worth $8,534.

“I kind of went against the norm here on Seminole, where a lot of guys flip mats and fish traps over the grass,” Fannin said. “I set my boat out in 25 feet of water and fished a Carolina-rigged baby brush hog on the main channel of the Flint River.

“The whole key was finding rock on those main-river ledges,” he added. “I was casting up into about 12 feet and dragging that brush hog down the rocky breaks.”

Larry Jones of Acworth, Ga., moved up the leaderboard to his best position of 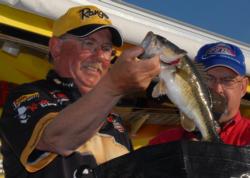 Though Jones never weighed in a big bag during the week, he consistently produced between 6 and 10 pounds every day.

“I started every day back in Cypress Pond, catching keepers from about 25 feet of water on a drop-shot rig,” Jones said. “I saw just about every fish I caught on my Lowrance graph before I caught it. They weren’t big, but it got my days started with a few keepers. Then I’d head out to the main lake and throw a Spro Aruka Shad lipless crankbait for better quality fish.” 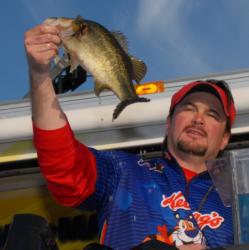 Cole relied on a Strike King rattling lipless crankbait in a chartreuse-shad color, fished along grass lines and a Zoom Speed craw flipped into mats for his daily catches.

Rounding out the top 10 pros in the Stren Series Southeast on Lake Seminole.

The next Stren Series Southeast event will be held on Lake Eufaula March 12-15 in Eufaula, Ala.