Dodson grinds it, holds on to pro lead 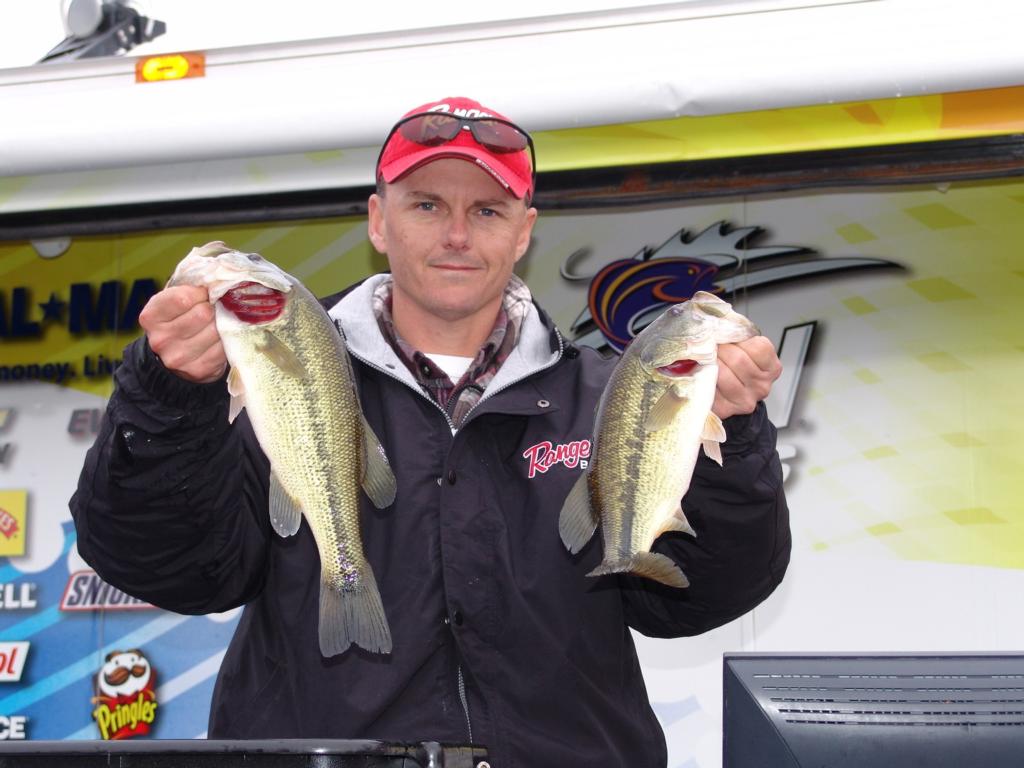 Day one leader Robbie Dodson held onto the top spot and extended his lead to more than three pounds. Photo by David A. Brown.
March 7, 2008 • David A. Brown • Toyota Series

After topping the pro field with 10 pounds, 12 ounces a day earlier, Dodson weighed 7-8 on day two for a total of 18-4. In a tournament shortened to three days by snow earlier in the week, Dodson carries a 3-pound, 9-ounce lead into Saturday’s final round.

Considering that another wave of the white stuff arrived Thursday night and dropped some 4 to 6 inches of chill across Mountain Home, it’s no wonder anglers reported a tough time on Norfork. Declining water temperatures coupled with a rise in lake level, caused by recent rain and melting snow, had patterns askew and fish feeling profoundly uncooperative.

After weighing his bass and reclaiming the lead, Dodson said he wasn’t sure if his bass quartet would enable him to hold on to the top spot.

“Probably four wasn’t enough to keep me (in the lead) today. I’m doing all I can do, but that’s just all the bites I’m getting. It’s just slow. I hit probably 50 spots and got four bites.”

Dodson said he tried crankbaiting, but cold water had the fish too sluggish to chase a fast bait. He caught two of his fish on a green-pumpkin jig and another pair on a smoke-colored grub. Both baits worked best with a slow retrieve.

Dodson’s bites came between 10 a.m. and 2 p.m., but staying on top of his game was essential. 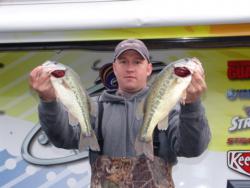 a grind. You never know when your next bite’s going to be, or if you’re even going to get the next bite.”

In second place, Travis Fox of Springdale, Ark., bagged the day’s heaviest stringer, a limit catch weighing 10 pounds, 10 ounces. With a 14-11 total, he climbed 25 notches from a 27th-place finish on day one.

A finesse jig with a brown-and-purple trailer fished over channel swings in the Red Bank area produced plenty of action.

Entering day two with 4 pounds, 1 ounce, Fox said: “I looked at the standings last night, and said, `All I have to do is catch 10 pounds to make the (top-10) cut. Ten pounds is just five fish.’ I told my partner my goal is to catch 10 pounds, and that’s what I did.”

His strategy: “Making every bite count. I lost one big fish today, and I hope it doesn’t cost me, but 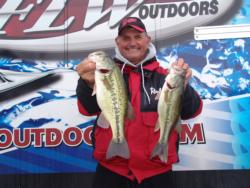 sometimes they come unbuckled and there’s nothing you can do.”

Tim Fleetwood of Forsyth, Mo., added 5 pounds to his day-one score for a third-place total of 13-11. Same as day one, he fished a rainbow-colored jerkbait and caught his fish just south of the Highway 62 Bridge.

Fleetwood admitted that the week’s fluctuating weather made for a tough bite. However, he converted all of his opportunities.

“I had seven bites yesterday and two bites today. I caught everything I hooked, so that’s all I can ask for.” 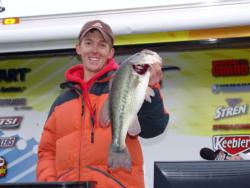 Rounding out the top 10 pro leaders at the Stren Series Central event at Norfork Lake:

Kurt Evans of Hardy, Ark., caught the biggest co-angler bass on day one and followed that 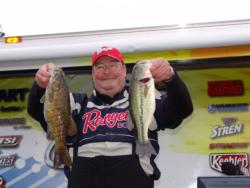 performance by topping his division on day two with 12 pounds, 9 ounces. His total more than doubles the 6-1 score of second-place co-angler Jamie Horne, who led day one but blanked on day two.

Evans caught his four fish with a shad-colored jerkbait fished over channel edges in 25 feet of water.

Behind Horne is third-place Steven McFarland of Mountain Home, Ark., who had 6 pounds, while Lawrence Bean of Union, Mo., finished fourth with 5-14. Tory Iverson of Galena, Mo., was fifth with 5-12. Bean’s 3-4 was the biggest co-angler bass.

Rounding out the top 10 co-angler leaders at the Stren Series Central event at Norfork Lake: 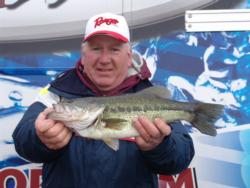