Make it a double 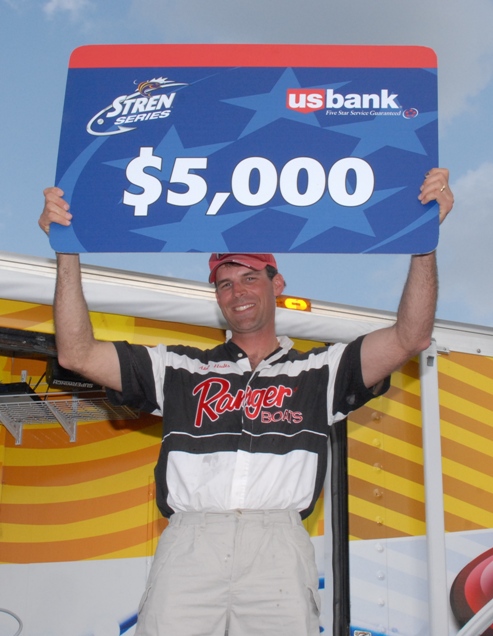 EUFAULA, Ala. – For Alan Hults of Gautier, Miss., it must have been deja vu all over again this week at Lake Eufaula.

He defended his 2007 Stren Series Southeast Division co-angler win at Eufaula with another victory today, taking home $5,000 and Ranger boat for his victory. That’s two years in a row for the Incredible Hults.

What makes this year’s win so similar to last year’s win was the fact that his winning weight in both instances came from being paired with pro Travis Adams.

“This is unbelievable,” Hults said after his win. “When I won last year, my best day came from fishing with Travis – I caught 16 pounds with him on the second day.”

So when Hults was paired with Adams going out on the final day Saturday morning, it was like another victory was meant to be. And indeed it was. Hults sacked up the best co-angler limit of the day worth 13 pounds, 13 ounces to amass a four-day winning total of 48 pounds, 10 ounces for the win.

Another key to Hults’ win this year was putting in a little practice time of his own.

“We always try to come down a day early, get out on the water on Tuesday and fish close (to the launch) for some backup type areas,” Hults said. “And that paid off big-time this week. We found four areas holding some fish, and three of the four tournament days I was able to talk my partners into going to a couple of those places, and I caught key fish there.”

Matt Smith of Southport, Fla., finished in second place with a four-day total of 41 pounds, 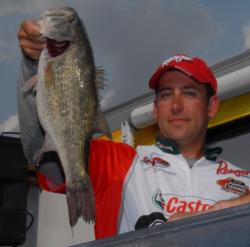 Smith credited his week’s success to a Strike Zone Master Blaster spinnerbait that he learned about while fishing with local pro Rodger Beaver on Thursday.

“Rodger showed me how good that spinnerbait was down here, so I went to Wal-Mart and bought a few,” Smith said. “And that ended up being a wise investment; that’s what I caught most of my fish on the rest of the week.”

Johnny Pittman of Somerville, Ala., finished third with a four-day total of 41 pounds worth $3,071.

Pittman’s success during the week came on Yamamoto Swimming Senko rigged Texas-style with pegged weight and tied to 10-pound-test fluorocarbon.

Daniel Beckham of Lake City, Fla., rounded out the top five co-anglers with a four-day total of 33 pounds, 11 ounces worth $1,891.

Rounding out the top 10 co-anglers in the Stren Series Southeast on Lake Eufaula:

The next Stren Series event in the Southeast Division will be held at Santee Cooper lakes, April 16-19.