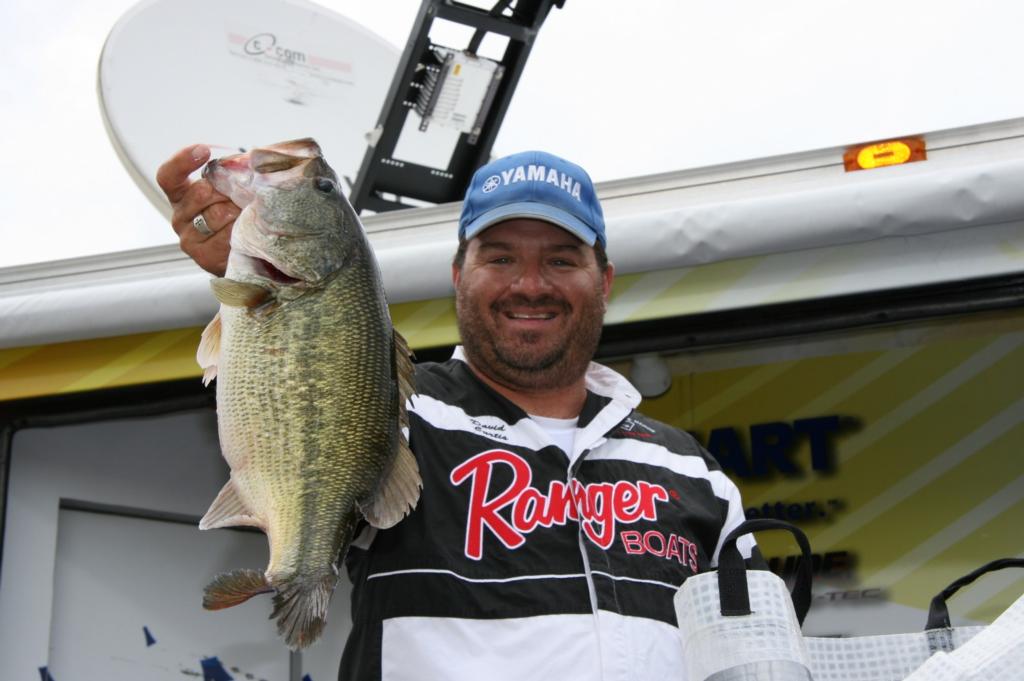 DENISON, TEXAS. – They dodged a bullet, but anglers fishing the Stren Texas Division event on Lake Texoma were close enough to smell the gun smoke.

When weather forecasts include words like “hail,” “tornadoes,” and “strong winds,” it’s hard to complain about the latter when the first two fail to materialize. That was the case at Highport Marina – only minor mentions of wind weariness, but a clear sense of relief that the wicked storm system moving across north Texas elected not to unleash its violent potential on the tournament site.

No one can fault the National Weather Service for stating what a storm might do, and wise boaters 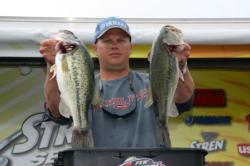 know not to take chances. Many reported that winds of up to 25 mph kept them from reaching their preferred destinations. Some, like 12th-place pro Tommy Durham of Waxahachie, Texas, adjusted their schedule to make sure they had plenty of time to reach the weigh ins.

“I fished about 10 miles from (Highport Marina), spent about 30-45 minutes there and then came back across the lake,” Durham said. “I had my limit by about 7:20 this morning. I played it safe because the weather was coming from the south side of the lake and I didn’t know how bad it was going to be.”

Second place pro, Cody Martin of Taylor, Texas made sure he had no return troubles by keeping his game close to the launch site. “I probably didn’t burn a quarter of a tank today.”

After the opening round, Trinity, Texas pro David Curtis holds the top spot with an 18-pound, 4-ounce limit that includes the Snickers Big Bass winner for day one – a 5-pound, 13-ounce largemouth. Not surprisingly, Curtis was in no hurry to hand out a detailed summary of his productive pattern. He did, 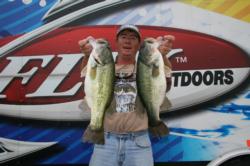 however say that sitting still was not part of the plan.

Curtis said he enjoyed his most productive day ever on Lake Texoma. “Traditionally, this has been a tough lake for me. To catch limits, especially quality fish, has been tough, so this is incredible.”

Martin fished rocky points, threw a Kicker Fish Hole Shot worm on a shaky head and had a limit that would weight 17-4 by 10 a.m. He caught most of his fish in two to five feet of water.

“I just whacked them out right quick,” Martin said. “The weather didn’t bother me until after I had my limit. I went and tried some different things and wore down my trolling motor fighting the wind.”

Martin said he was pleasantly surprised at the size fish he encountered. “The fish were in the same 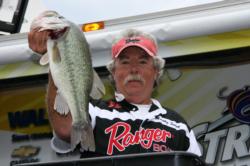 spot as they were in practice but they just grew. I worked the area really good until I had the fish I needed and then I backed off. Hopefully the other fish will still be there (on day two).”

Mobile, Alabama’s Robert Robertson said mobility was the key to coming up with a 15-8 limit worth third place. “I’m covering water. My partner and I probably caught 100 fish today. They wore me out. You just have to keep culling up, culling up, culling up. We caught them all day, right until I put the trolling motor away to come in.”

Marty Sugg of Pattonville, Texas comes in an ounce behind Robertson with 15-7 for fourth place, while David Mauldin of Tomball, Texas takes fifth at 15-1. 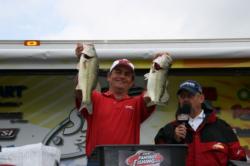 Dan Wilson of Pilot Point, Texas caught a limit of bass weighing 12 pounds, 11 ounces to lead the co-angler division. He caught his fish on white/chartreuse spinnerbaits with double willow blades.

“We were fishing cleaner water on shallow banks,” Wilson said. “We were away from everyone else.”

Rounding out the top-10 co-angler leaders at the Stren Series Clear Lake event: 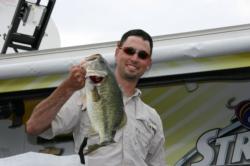 Notably, Bobo reached the top 10 with only three fish. His 5-4 was the biggest on the co-angler side.