Baciuska back on top 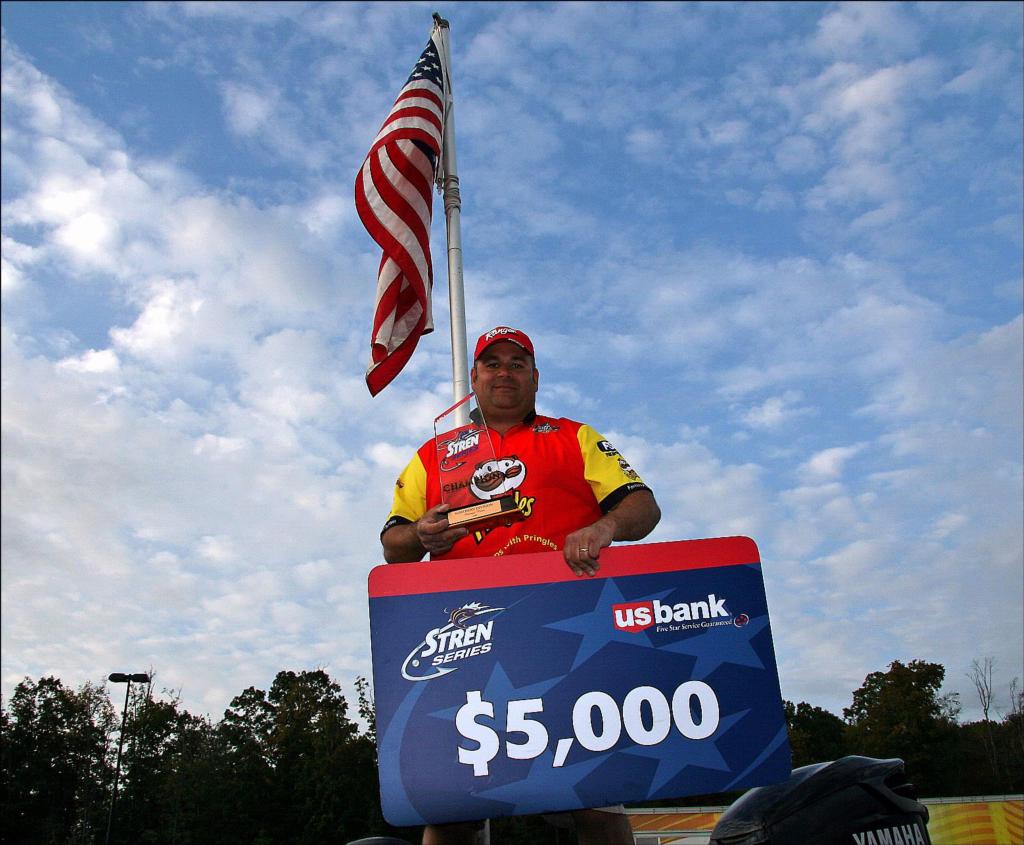 MARBURY, Md. – When Lynn Baciuska Jr. got only a fleeting glimpse at the fish that would have completed his limit, the Afton, N.Y., co-angler thought he was watching his hopes of securing a Stren Series Northern Division victory swim back into a wind-whipped Potomac River.

With typical cold-front conditions blowing across the river and a thick, gray soup hanging overhead, 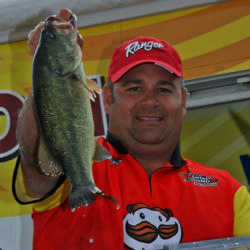 Baciuska fished with Virginia pro Mike Hoskings, who took fourth in his division.

“We ended up going about two minutes from the launch and tried to get a quick limit there,” Baciuska said. “I ended up catching two there right off the bat. Then we went to a numbers spot, and I caught two more, so I had four by about 9 o’clock.” 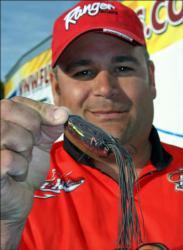 When the bite slowed on the grass mat they were fishing, Baciuska and his pro partner made a long run south to a spot in which Hoskings had previously found big fish. After a mostly unproductive three-hour stay, the anglers decided to spend their final hour of fishing time on a hog hunt.

“When we got back up north, (Hoskings) culled out one of his little ones, and I had one on in the last four minutes and it came off,” Baciuska said. “I didn’t end up needing it, but at the time, I was about to cry.”

Baciuska fished Spro frogs and a Lake Fork Tackle Packer Craw he Texas-rigged with a 1 1/2-ounce weight. His final-day weight of 7 pounds raised his tournament total to 48-2 and earned $5,000.

Woodroof winds up in second place

John Woodroof of Lynchburg, Va., caught the heaviest stringer of the co-angler finale – a limit weighing 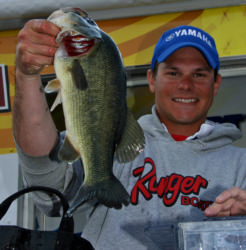 11 pounds, 6 ounces. Starting the day in seventh place, Woodroof rose five spots to second with a total of 43 pounds, 15 ounces.

A trio of baits got him to the finale and carried him through the last day of competition: First, he used a large spinnerbait with oversized willow-leaf blades and a long, white curl-tail trailer. Ripping this through the grass generated aggressive reaction strikes from bass keying on baitfish.

Woodroof also used a Hunter Creek Cheeseburger Jig in the blue-crab pattern made for the Potomac River and a Spro frog. The latter elicited incredibly violent strikes that actually perpetuated the bait’s appeal. According to Woodroof, losing some of the bait’s factory finish produced a striking similarity to natural bass forage.

“The crawfish are jumping around in there, and they’re kind of brown with a light bottom, so the more paint the bass ripped off this bait, the better they ate it.”

Lew Jenkins of Waldorf, Md., led his division going into the tournament’s final round, but brought an empty bag to the scales. Fortunately for him, the weight he had amassed over three days of productive 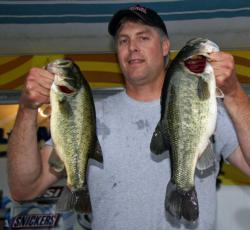 fishing was more than seven of his competitors gathered in four days.

Flipping a jig, Jenkins managed only three undersized fish, but said he has no regrets: “If I went out tomorrow, I would probably fish the same way. This is why I fish as a co-angler – to learn what to do in all of these different scenarios.”

Rounding out the top 10 co-angler leaders at the Stren Series Potomac River event: 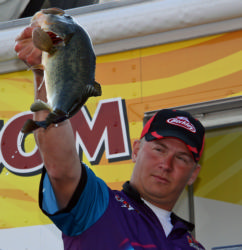