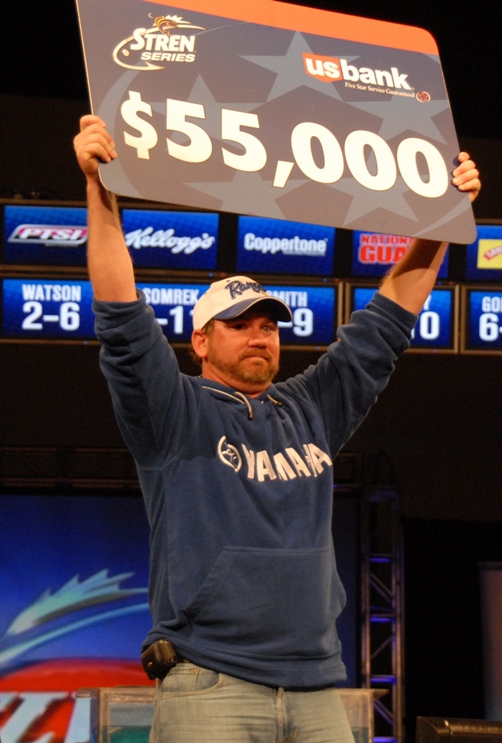 BRANSON, Mo. – John Skipper of Dothan, Ala., won the Co-angler Division of the Stren Series Championship on Table Rock by walloping the field with a five-bass limit weighing 11 pounds, 6 ounces on day three.

During the week, Skipper fished with local pro Robbie Dodson on day one, Jeremy Guidry on day two and Dodson again today.

A key element to Skipper’s win was drawing Dodson twice this week. On day one, Skipper only caught one keeper bass with Dodson, but he got a lesson on crankbait fishing on Table Rock Lake.

When he was paired with Dodson again today, Skipper came prepared with the right crankbaits: a Storm Wiggle Wart and a Strike King Series 5 in Sexy Shad color.

In addition, Skipper upgraded the stock hooks on the crankbaits with Gamakatsu EWG trebles and switched to Trilene 100% fluorocarbon for his line.

“I had been using green monofilament, and I think switching to the fluorocarbon 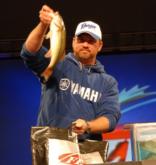 helped tremendously,” Skipper said. “And since we were cranking in rock most of the time, it was critical to keep an eye on your hook points and replace them when they got dull.”

With the right crankbaits and proper equipment, Skipper was able to capitalize on five good bites to claim victory.

For his win, Skipper collected $15,000 plus a Ranger Boat. He said he would use the cash to help build a house for his family back home in Alabama.

“You can’t imagine what this means to my family,” Skipper said of his win. “I work two jobs in Dothan just so I can afford to come out here and do this. I have a full-time position at the Southeastern Medical Center in Dothan, plus I work another 40 hours a week as a licensed heating and air contractor. So this win makes all the sacrifice worth it.”

What’s more, Skipper also earned a ticket to the 2009 Forrest Wood Cup in Pittsburgh for his Championship finish.

Tommie Goldston of Gardnerville, Nev., finished second with two bass weighing 6 pounds, 13 ounces. Not only did Goldston collect $4,150 for his finish, he also garnered a berth into the 2009 Forrest Wood Cup.

He credited Duran with helping him make the top-10 cut.

“I only had three fish when J.P. finished his limit the first day, and he told me we were going to stay in his primary area until I finished my limit,” Goldston explained. “He did not have to do that for me, but he did, and I ended up catching a limit on an Izz rig developed by Western pro Izzy Byrd.”

Today, Goldston caught his biggest fish on a spinnerbait he called the “honey bait,” which his wife bought for him.

“I called it the honey bait because my honey bought it for me,” Goldston said. “She said it looked pretty – it must have been because it produced my biggest bass of the week.”

Shawn Murphy of Nicholasville, Ky., finished third with 5 pounds, 10 ounces worth $3,400 and earned a berth to the Forrest Wood Cup as well. 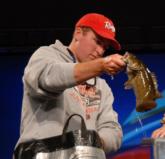 Murphy fished with Lendell Martin on day one, Cody Meyer on day two and Ott Defoe on day three.

“Lendell and Defoe were great guys to fish with, but I probably learned the most from Cody on day two,” Murphy noted. “I hardly ever use a spinning rod, and Cody taught me how to drop-shot, which was pretty cool. That’s the first time I’ve ever used a drop-shot. We both caught limits by 9 o’clock on day two, and that’s what really got me into the cut.”

Rounding out the top 10 co-anglers in the Stren Series Championship: