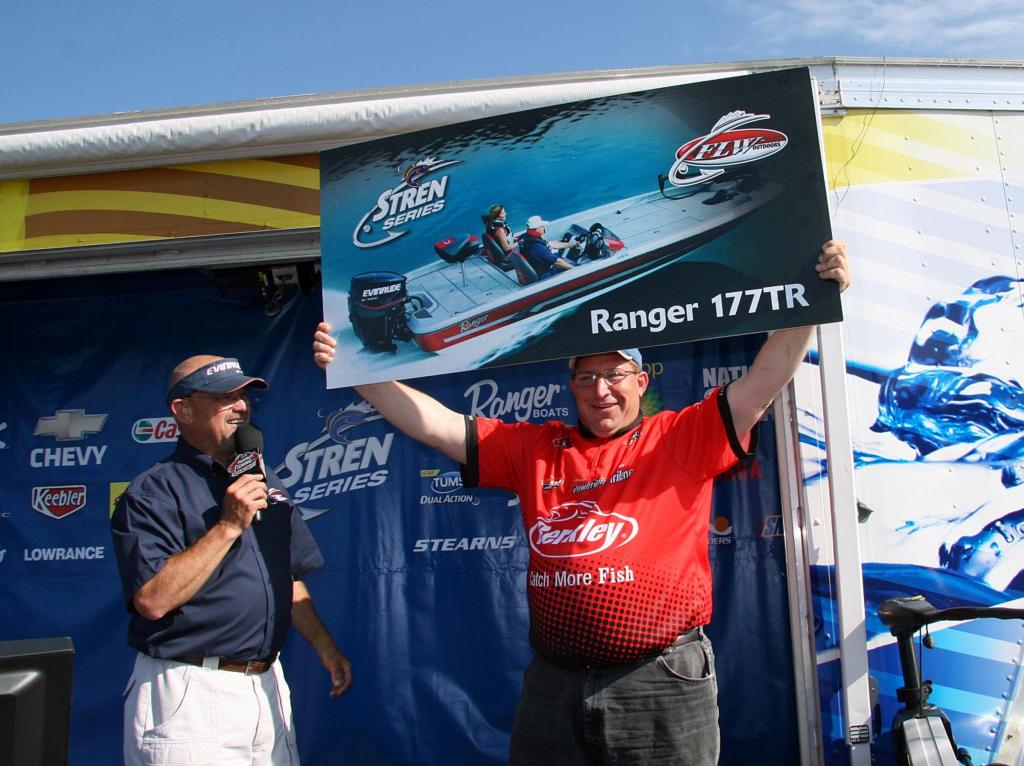 GILBERTSVILLE, Ky. – After leading his division for two days of Stren Western Division action on Kentucky-Barkley lakes, Brian Somrek of Calvert City, Ky., completed a wire-to-wire victory by a margin of 2 pounds, 8 ounces.

Flipping tubes and Lake Fork Packer Craws produced a limit weighing 18 pounds, 1 ounce on day one. Somrek switched to Rat-L-Traps on day two and added another limit of 14-12. He threw Rat-L-Traps and Lucky Craft crankbaits on the final day and caught a limit that scaled 10-13 and boosted his winning total to 43-10.

Somrek caught most of his fish over creek mouth rocks in about five feet of water. Clean current 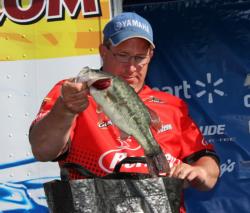 running over rocky bottom represented a transitional zone between spawning and post-spawn habitat. Somrek had his weight fish in the boat by about 11:30 a.m.

As with most competitors, Somrek caught plenty of undersized fish throughout the tournament, but he was quick to point out the wisdom in recognizing this as a good sign.

“There’s no need to avoid the little ones because that’s showing you there’s a lot of fish in the area,” he explained. “That’s a good sign and once you weed through the little fish, you’ll get the big ones – especially when you’re throwing fast-moving baits like crankbaits. You just keep throwing and throwing and eventually something of quality will whack it.”

Somrek dedicated his win to his friend Carl who passed away last week in Chicago. Carl taught Somrek how to fashion the handmade jigs that he used on day one. 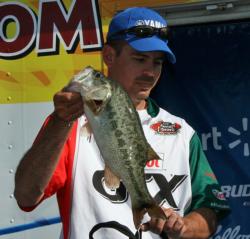 Brian Futch of Goreville, Ill. entered the final round in second place with 31-7. He added three bass weighing 9-11 on day two and ended in the same position with 41-2.

Futch said he got a taste of Kentucky Lake’s shallow and deep games. “Today I was cranking, but the last two days have been flipping. I like the flipping. Especially if you get one in the bushes, it’s exciting.”

Kyle Weisenburger of Findlay, Ohio made a huge comeback on day two that positioned him for final 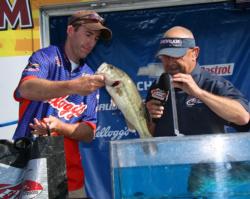 round success. After weighing only a single 4-pound fish on day one, he blasted up 86 spots in the day two standings with a limit weighing 18-7 – the event’s largest co-angler catch. He finished his campaign on day three with another limit that went 17-6 for a final score of 39-13.

Rounding out the top-10 co-angler leaders at the Stren Series Lake Roosevelt event: