Drabec cranks his way to top of co-angler field 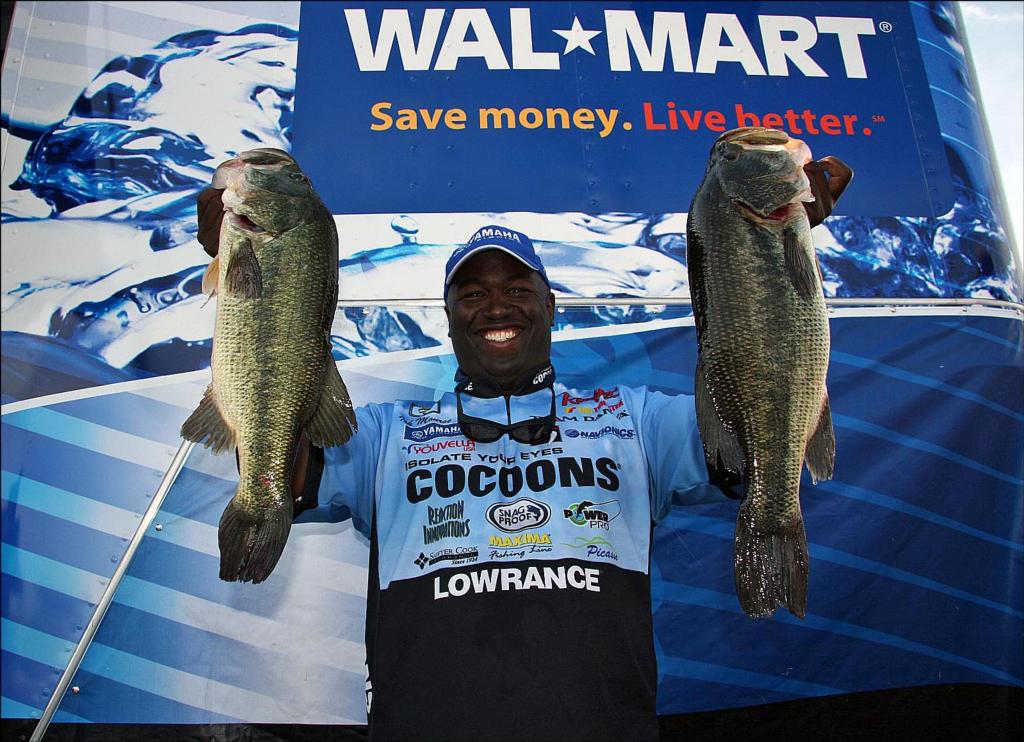 OAKLEY, Calif. – In sticking with his one-two combination of flipping and frogging, Ish Monroe may have landed a numerical knockout punch at the Stren Series Western Division event on the California Delta.

For day two, the Hughson, Calif. pro flipped a Reaction Innovations Sweet Beaver Texas-rigged with a Tru-Tungsten weight and cast his new signature series Phat Frog, made by Snag Proof. Essentially, his tactics mirrored those that put him on top of the pro division after a day one effort of 21 pounds. Today, he added 27-9, thereby building a 48-9 total and a lead of 11 pounds over his nearest competitor.

Fishing the central delta region, Monroe targeted shallow edges with rocks and matted weeds. He caught his biggest fish – nearly 7 pounds – on a bed. The rest came on flipping or punching the mats or dragging a frog over the vegetation. The frog bite, he said, was incredibly aggressive.

“I never missed a fish that ate the frog today,” he said. “Three of my biggest fish came on the Phat Frog 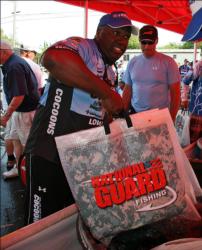 and they had it (deep in their mouth).”

Monroe’s frog has a flatter and heavier design than most in the Snag Proof lineup. These features afforded better casting on a day when stiff winds proved challenging to many of his competitors. Morning forecasts of 10-15mph winds proved conservative and the affects were evident throughout the delta – especially for those hoping to target mats of floating vegetation.

“I returned to some of the spots I fished yesterday and the wind had blown the mats 200 yards down the same bank,” said Roseville, Calif. pro Shawn Milligan. “Obviously, the fish didn’t travel with the mats so that made fishing tremendously difficult. You’re back to square one and you’re basically starting over like a practice day; you’re trying to find new water to fish.” 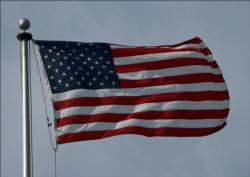 Monroe said his action started early and by 10 a.m., he had 22 pounds in his well. He would add another weight fish later that morning and then switch gears around 1 p.m. to start practicing for Saturday’s finale. Late in the day, he ended up catching one more big fish that enabled him to upgrade to his final weight.

“I didn’t catch a lot of fish like I did yesterday, but I caught all good ones,” Monroe said.

Monroe thanked fellow pro Kent Brown, who offered a tip on where he had missed a large fish on day one. Visiting the spot on day two, Monroe enticed the 6-pounder to strike.

With two highly successful days under his belt and a seemingly insurmountable margin, Monroe said he’s keeping his final game plan simple and straightforward. “I’m going to stick with the Phat Frog and the Beaver and just go fishing and cover a lot of water. With an 11-pound lead, if I go out and catch 16-17 pounds tomorrow, I’ll be hard to beat.”

Rob Wenning of Sparks, Nev. turned in another solid performance and held on to the second place 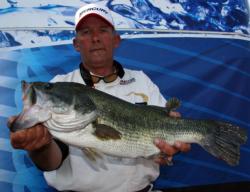 position he established in the first round. Today, Wenning added 17-10 to the 19-15 he weighed yesterday and posted a total of 37-9.

His main baits were watermelon Senkos and black Snag Proof frogs. He threw wacky-rigged Senkos around the edges of hyacinths and worked his frog through pockets within sparse tules where bass were likely to bed. 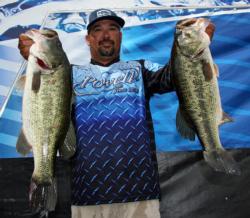 “I’m trying to envision where a fish may bed,” Wenning said. “I’m working the frog super fast across the tops of these spots to draw a reaction strike.”

Wenning attributes his success to a mix of quantity and quality: “I probably caught 20-25 fish today. I was fortunate to catch a big fish both days.”

In third place, Tommy Cardoza of Lakeport, Calif. moved up two spots with 37-8, while Stephen Tosh Jr. of Modesto, Calif. and Lorenzo Rossetti of Stockton, Calif. – both tied for third on day one – slipped to fourth and fifth with 37-5 and 37-0 respectively.

Rounding out the top-10 pro leaders at the Stren Series California Delta event: 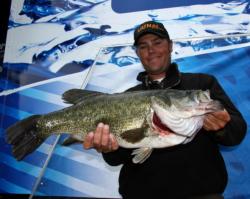 Drabec gets cranky for co-angler lead

Nick Drabec of Castro Valley, Calif. was Mr. Consistency as he nearly matched his day one catch of 15- 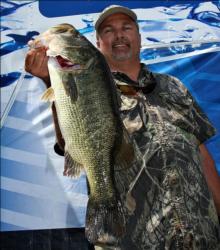 Drabec fished a Texas-rigged Senko on day one, but today’s blustery conditions compelled him to go deep with a crawdad colored Lucky Craft crankbait.

“Anytime it gets windy, you want to throw a crankbait or spinnerbait,” he said. “Even though I love throwing that Senko, I had to break away from old habits and the crank came through for me.”

Drabec pointed out that the most effective presentation combined bottom contact with erratic retrieves. “It had to be in the grass or hitting the rocks or you weren’t catching fish. The bait has to look 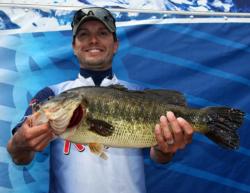 wounded. With a straight retrieve, you’re lucky if they whack it, but when you use an intermittent retrieve, then you’re into the fish.”

Day one leader Greig Sniffen of Saratoga, Calif. slipped to second with 30-5, while Roy Desmangles Jr. of Lincoln, Calif. took third with 27-9. In fourth place, Sean Kavanaugh of Chico, Calif., had 26-1 and Wesley Jones of Modesto took fifth with 25-12.

Aaron Lesieur won the Big Bass award for his 7-3.