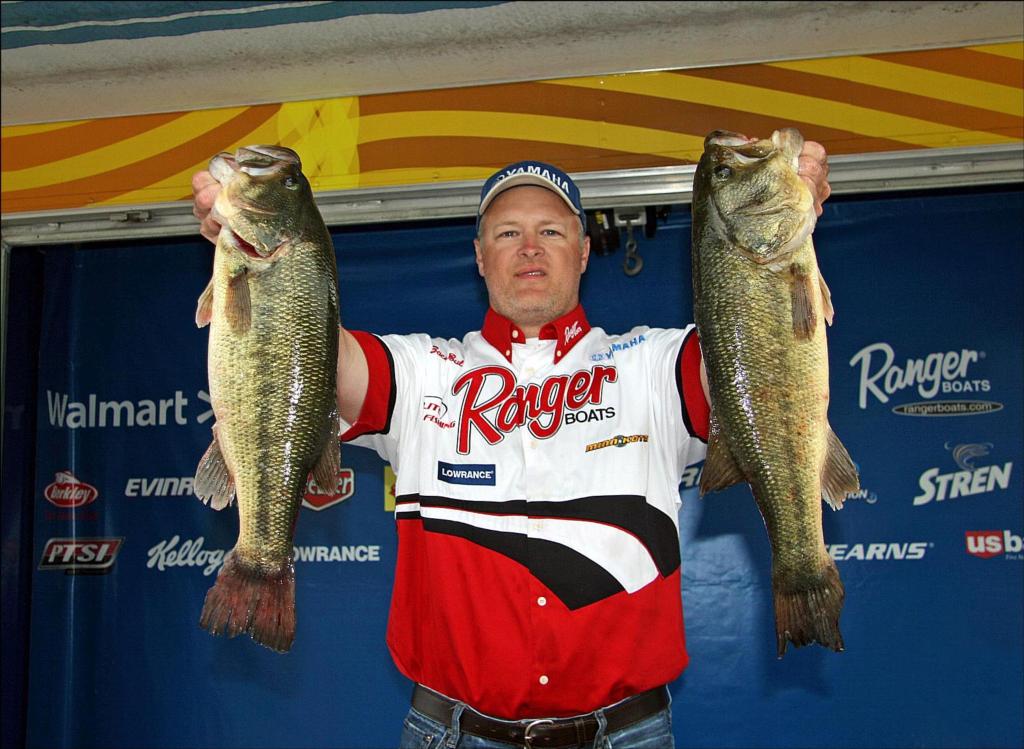 An influx of big fish was a pleasant surprise for pro leader Zack Bull who sacked up the day's on weight of 20-plus pounds. Photo by David Brown. Angler: Zack Bull.
Pleasant surprise yields big advantage on Lake of the Ozarks
October 1, 2009 • David A. Brown • Toyota Series

OSAGE BEACH, Mo. – It’s OK when a day doesn’t go as planned – as long as the results are better than expected. That summarizes Zack Bull’s perspective after he took the day-one lead Thursday at the Stren Series Central Division tournament on Lake of the Ozarks.

With a good practice under his belt, the Arlington, Tenn., angler felt certain he’d catch a good limit – very likely something in the mid-teens. Well, how `bout five bass weighing 23-13? No doubt, Bull sacked `em up bigger than he was hoping for, and with the only 20-pound-plus bag on day one, he now owns a 5-pound, 6-ounce lead over the nearest competition.

“Actually, it was pretty simple. I had a pattern in which I thought I could catch 12 to 13 pounds. It just so happens that the big fish moved in, and all I caught was big ones. I lost one that was maybe 4 1/2 pounds that would have given me a little more, but I’m happy with what I have.”

Bull targeted boat docks in the midlake area. He caught the fish all along the structures, from the 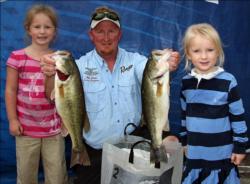 shoreline shallows out to 20 feet. With cloudy conditions lasting throughout the day, the fish were not holding as tightly to docks as they do during sunny conditions. The brighter the day and the higher the heat, the more bass crave shady spots. When it’s cloudy and cool, they often go for a stroll just to see if they can track down an extra meal.

“I caught some fish between the docks, just roaming around,” Bull said.

His bait remains a secret for now, but Bull said a key element of his success was mobility. He didn’t find large groups of fish, so moving around and covering water proved essential. Bull estimates he fished 100 docks today.

“I’d stay in an area for a quarter-mile until I got tired of it, and then I’d move to another spot,” he said. “It was just my day. That’s all there is to it.”

Long flips his way into second 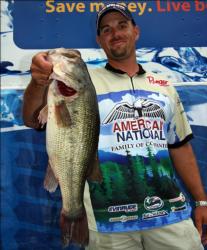 Shane Long also got a pleasant surprise when conditions contrary to what he wanted ended up delivering a second-place limit weighing 18-7. Hailing from Sarcoxi, Mo., Long caught his fish in “ankle-deep water” by flipping docks in the lake’s Osage arm with 1/2-ounce blue-black Lucky Strike jigs with twin-tail trailers. Contrary to the sunny conditions he fished in practice, the day’s cloudy skies had him concerned about his pattern.

“I was praying for sunshine,” Long said. “I was really surprised to catch them the way I caught them. I was just really happy that they were under those docks the way they were.

“In practice, I’d pull into a spot and I knew pretty much where the fish were going to be, but today they were just everywhere.”

Realizing that the lack of sun would affect his fish, Long adjusted his tactics: “I had to take more time and fish slow. The fish weren’t really aggressive. I just had to fish the water I had thoroughly.”

When Jason Weast’s plan didn’t pan out, he made an about-face and salvaged his day with a third 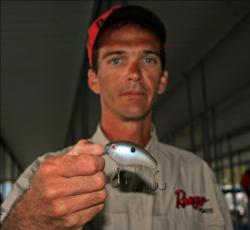 -place limit weighing 17-6. Essentially, Weast wanted to fish jigs in about 40 feet, but when the slow current kept that bite from sparking, he ended up throwing a Strike King “sexy shad” crankbait in about 5 feet.

“I made it up as I went, and the more I made it up, the more I got bit,” Weast said. “The deep bite quit, and I was in the back of a cove, just messing around and frustrated. I threw a crankbait at a lay-down and caught a good 5-pounder and just went from there.”

Hibdon, Kowal round out top five 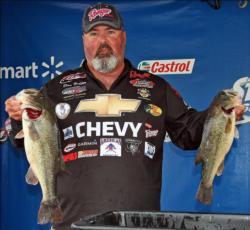 Rounding out the top 10 pro leaders at the Stren Series event on Lake of the Ozarks:

Justin Moore of Portage, Mich., jumped to an early Co-angler Division lead with his limit catch of 12 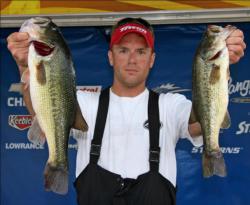 pounds, 10 ounces. He fished a green-pumpkin Senko on a matching Omega shaky head and also a 1/2-ounce Rat-L-Trap in the sexy-shad color. Working mostly around docks, Moore caught his fish in varying depths and experienced his best action early and late.

“I caught most of my fish in the morning, and I caught one big one at the end of the day,” he said. “I used the Rat-L-Trap when fish were busting bait, and that’s what I caught my big one on.”

Rounding out the top 10 co-angler leaders at the Stren Series event on Lake of the Ozarks:

Brame landed the Folgers Big Bass among co-anglers, earning $114 for a hefty 5-15 fish.