Dialed in on docks 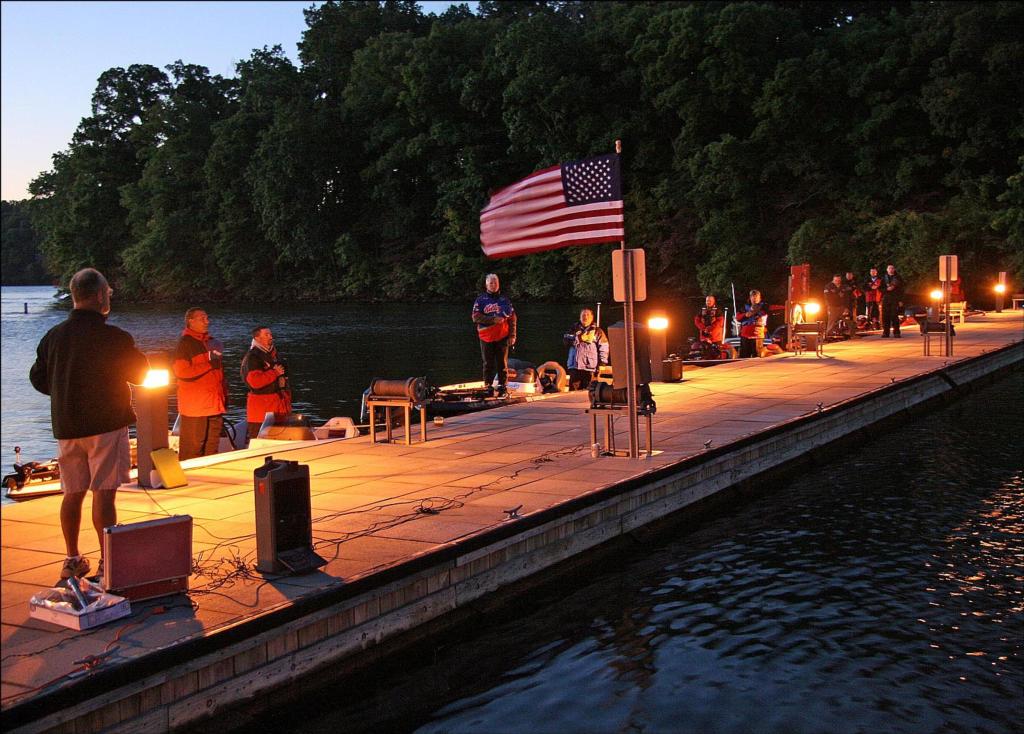 Stren competitors observe the playing of the national anthem prior to their day three launch. Photo by David A. Brown.
Stren Central finalists looking for better bites in stabilizing conditions
October 3, 2009 • David A. Brown • Toyota Series

OSAGE BEACH, Mo. – One good day, one tough one and some challenging weather – suffice it to say the top-10 pros and co-anglers fishing the Stren Central Division tournament on Lake of the Ozarks are ready for a healthy dose of stability.

Day one saw cloudy conditions with spotty rain as a stormy wall ushered in a cold front. Docks have long been the primary deal on Lake of the Ozarks, but dim conditions had the shallow bass roaming more. Despite the lack of sunlight, anglers caught good fish.

The second day brought cooler temperatures and clear, bright skies that put the fish deep into the dock shadows. However, strong winds presented positioning challenges and catches declined. Day three will be a little cooler, but promises more stabile conditions with less wind and plenty of that fish-moving 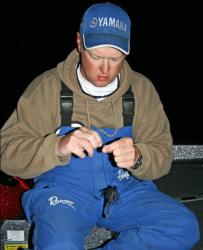 Zack Bull of Arlington, Tenn. has led the pro division both days. He established a big day one lead with 23-13, but struggled on day two when the front pushed out his big fish. Bull said he’s hopeful that day three will find the fish settling back into their normal patterns.

“It has stabilized a little bit and the full moon will help these fish come back up shallow if they moved all night,” he said. “If some of the big ones come back in and I can catch 14 pounds, I’ll be happy.”

Bull has been throwing a black and blue jig around docks. He’s hitting upwards of 100 structures a day in the mid-lake area and he’ll try to keep that pace for one more outing. Docks along main lake points with proximity to deep water are his preference, but he’s finding most of his fish at the shallow ends. 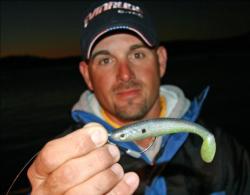 The plan is to target water of two feet or less, but Bull said he’d remain flexible. “If I figure out that the fish are sitting in front of the dock, to the side of it, or in a piece of brush, I’ll start casting on the side of the docks. Until then, I’ll stay shallow.”

Missouri pro Shane Long sits in second place with 32-11. He’s also committed to flipping docks and he’ll do so with a 1/2-ounce black/blue Lucky Strike jig. Long will also throw a Lucky Strike swimbait, but he’ll spend most of his time flipping.

“I’m going to make a run back up to my water and throw that jig until I throw the hair off of it,” Long said. “I’ll throw the swimbait more on docks that are parallel with the bank with a little wind on them. Those bass will sit up there shallow and pick off those shad as they come blowing by in the wind. I’ll swim that bait alongside the dock and pitch the jig under them.”

In third place, Independence, Mo. pro Joe Bennett sits five pounds off the lead, but his day two performance puts him in serious contention. Bennett caught 13-5 on day one and then followed with 17-13 – the biggest stringer of day two. The second day sunshine, he said, made the difference by positioning the fish where he wanted them under the docks.

Location is the other key element. Bennett has been fishing just below the Truman Dam. The 70-mile run 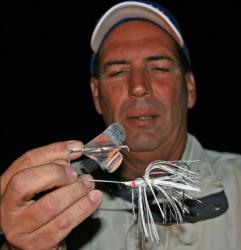 takes commitment and time management, but the results have been worth the investment.

“The main thing is that the mid-lake water is dirty and up where I’m fishing, you have water coming out of Truman Dam and it’s clear,” Bennett said. “It’s really simple. Once you find the clear water, the shad are just there.”

Bennett said he’ll fish jigs, tubes and spinnerbaits around docks. When moving from one structure to the next, he’ll cover the water in between with a buzzbait.

Realistically, Bull would have to completely tank to fall very far in the standings, but if the big fish move back to predictable locations, the field could see significant shuffling. Pop Tarts pro Greg Bohannan 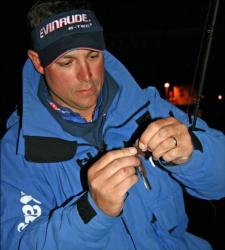 enters day three in tenth place at 25-15. Recognizing that he has a lot of ground to make up, the angler from Rogers, Ark. will try to capitalize on what he found on day two.

“Yesterday, I had a limit by 11 o’clock and then I went flipping really shallow, like two feet of water, and culled everything I had,” Bohannan said. “Today, we’re going to move in really shallow a lot earlier and try to go for a big bag. My only chance (of winning) is probably a 25-pound bag. That’s possible here, but it would be really fortunate.”

Bohannan will fish a 3/8-ounce Bass-X jig with a Berkley Chigger Craw Crazy Legs trailer. Co-angler leader Justin Moore will stick with the shaky head worms and crankbait that have kept at the top of his division since day one. 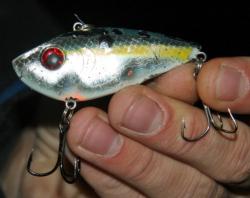 beginning at 4 p.m. Weigh-ins are free and open to the public.

The Lake of the Ozarks Stren Series tournament is hosted by the Tri-County Lodging Association.

Co-anglers will cast for a top award of a 177TR Ranger powered by an Evinrude or Yamaha outboard and trailer. If the co-angler meets the Ranger Cup guidelines, they will earn an additional $5,000. If the 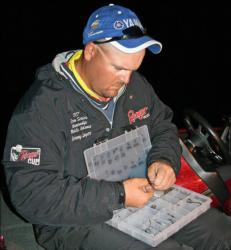