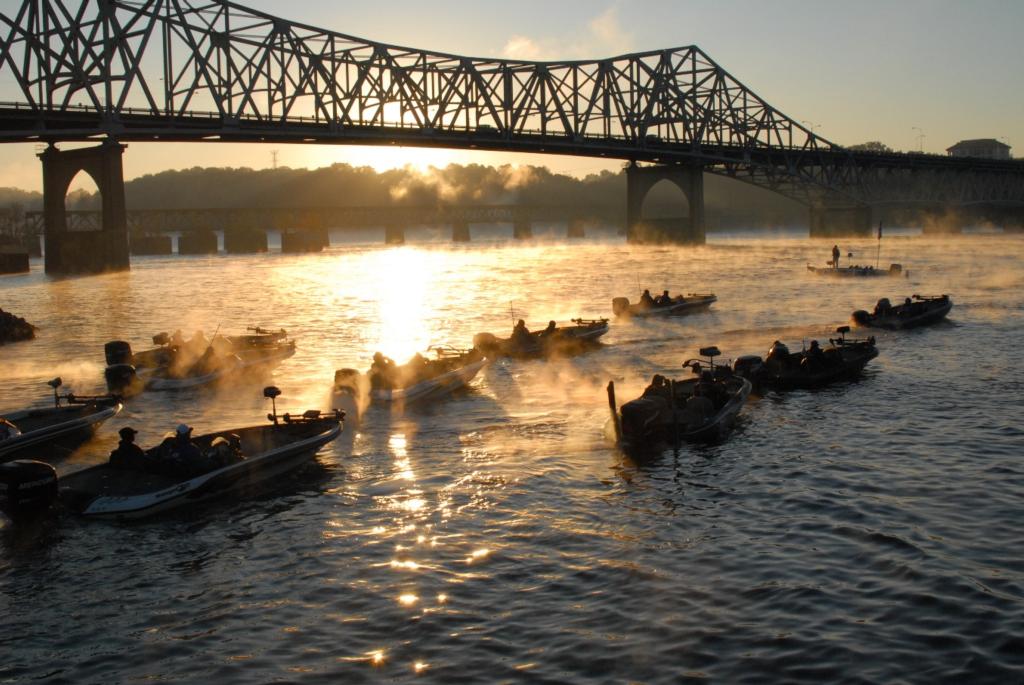 FLORENCE, Ala. – For those who qualified for it, the Stren Series Championship on Pickwick Lake this week could not have come at a better time.

With so much uncertainty in the tournament fishing industry these days, this no-entry fee championship offers the last chance in 2009 for pros and co-anglers to cash in on some solid prize money before entering what looks to be a rather bleak off season. Some of the top checks paid out at this event will likely be the saving grace for a few fishing careers going into the winter months.

What’s more, Pickwick Lake looks to be in its prime right now. Pros reported catching a lot of fish during practice and a long line of solid limits is expected at the weigh-in tanks each day.

Add to that an absolutely spectacular weather forecast over the next few days – light winds, sunny skies with daytime temperatures near 70 degrees – and this championship is going to be a quite a Pickwick pick-me-up for some.

One such pro who is looking for just such a boon going into winter is Mark Rose, who has experienced his share of success on Pickwick in the fall, including an FLW Series win here October of 2007. 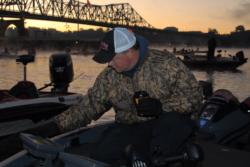 “The grass bite is on,” said the Marion, Ark., pro. “When we have been here before, the grass has been sparse. But in the last couple of years it has filled in all over the lake and you can certainly tell a difference in the fishing. The grass is just chock full of minnows and bass.”

According to Rose, a primary component favoring the grass bite right now is higher water and heavy current.

“They started to drop the water towards winter pool a few weeks ago, which is the way I like it because it pulls a lot of fish out onto deep structure on the main channel,” he explained. “But the water is back up now and all that water and current has the fish up around the grass. You’re going to see a bunch of 12- to 14-pound limits from the grass and I feel like the top-10 hump is going to be right there at about 14 or 15 pounds per day.

Rose normally likes to separate himself from the pack at Pickwick by probing deeper ledges and structure with the help of a football jig and deck full of electronics. But with all the high water, he says the grass bite is going to play just as well as the offshore bite. 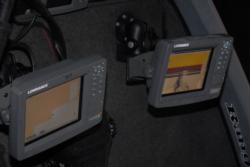 “Usually the schools of bigger fish are out, now those same schools are up in the grass,” he added. “In practice I caught quality largemouths and smallmouths schooling together up in the grass and that’s normally not the case this time of year. There will probably be a couple of big bags come from deeper water, but it won’t be dominated that way like it has been in the past – there are too many good fish up in the grass right now.”

Stren Southeast Division Angler of the Year Randall Tharp has found Rose’s opinions to be dead on.

“It’s all about the hydrilla,” Tharp said. “This lake is now full of hydrilla and the hydrilla is full of fish. And what’s so crazy is that it’s all fish species: stripers, smallmouth and largemouth are all up there together. Conditions are perfect: the water is up with plenty of current and there’s a good stain to it.”

Tharp is known for his expertise on Lake Guntersville, another grass-filled TVA lake several pools across the state from Pickwick. Interestingly, Tharp noted that even though both Tennessee River lakes have grass, the bass relate to it much differently.

“Guntersville has a lot more shallow flats and the grass forms canopies, making fogging and flipping the primary tactics this time of year,” he offered. “But Pickwick’s average depth is deeper and it has more current and fluctuation. The grass does not really mat up or form canopies and it seems the fish relate more to the edges of the grass instead of burying themselves up in it.”

“One thing is for sure, it’s going to be a fun tournament,” Tharp added. “I love this lake when they’re biting and I’m pretty fired up about getting out there.” 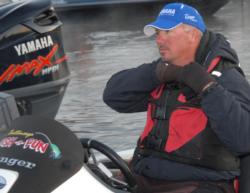 Anglers will take off from McFarland Park located at 200 James M. Spain Drive in Florence, at 6:30 each morning. Thursday and Friday’s weigh-ins will be held at McFarland Park beginning at 3 p.m.

Saturday’s weigh-in will be held at the Walmart store located at 3100 Hough Rd. in Florence beginning at 4 p.m. Takeoffs and weigh-ins are free and open to the public.