Rounds rounds out season with a win 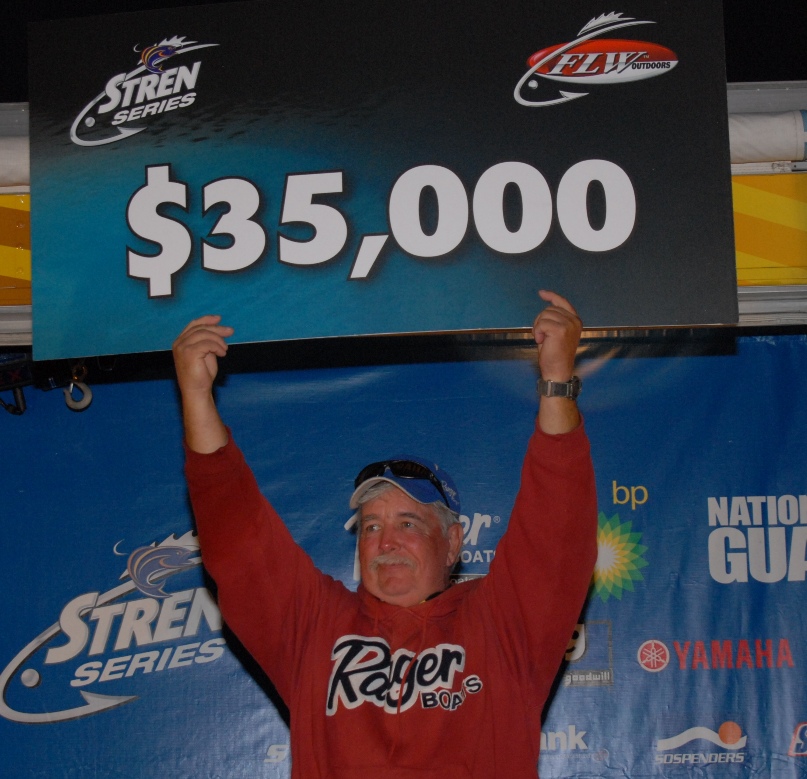 FLORENCE, Ala. – Chuck Rounds of Benton, Ky., took top honors in the Co-angler Division of the Stren Series Championship, pocketing $35,000 for his win.

“This feels great,” Rounds said. “Every tournament you enter you want to win. I’ve won a couple of regular Stren events as a co-angler, but this is by far the biggest tournament I’ve won so I’m pretty tickled about it.”

Rounds had no practice on Pickwick before the event began. In fact, he barely made it to the registration meeting in time on Wednesday after getting a speeding ticket trying to get there on time.

He fished with pros Gary Thacker and Larry Materia over the last two days and caught weights of 9-15 and 11-14, respectively to win with a two-day total of 21 pounds, 13 ounces.

The key to Rounds win was sticking to his confidence bait: a 1/2-ounce War Eagle spinnerbait with white and chartreuse willow blades and a chartreuse and white skirt. He fished the big spinnerbait on Berkley 17-pound test 100% fluorocarbon line. 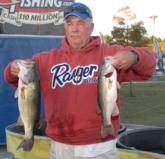 “If there is one thing I’ve learned from fishing with all these pros out here it’s to find a confidence lure and stick with,” Rounds said. “And that’s what I did, I stuck with that big War Eagle spinnerbait and it seemed to make a difference because everyone else was throwing smaller spinnerbaits with silver blades.”

As for his plans for the $35,000 windfall, Rounds said he is going to pay off some bills, starting with the $175 speeding ticket he received in en route to Pickwick. 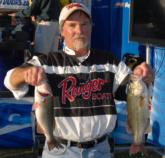 His key bait was a green pumpkin Trick Worm with a dyed chartreuse tail fished on a Carolina rig around rocks.

Stephen Semelsberger of Mt. Airy, Md., finished third in the Co-angler Division with a two-day total of 19 pounds, 14 ounces worth $5,000.

Semelsberger’s key lure during the week was a watermelon red Trick Worm fished with a 1/16-ounce Bullshot weight pegged to 10-pound fluorocarbon line.

Bladow, Russell round out top five

Robert Russell of Smyrna, Tenn., finished fifth with a two-day total of 19 pounds, 7 ounces worth $3,000

Rounding out the top-10 co-anglers in the Stren Series Championship on Pickwick Lake after day two: