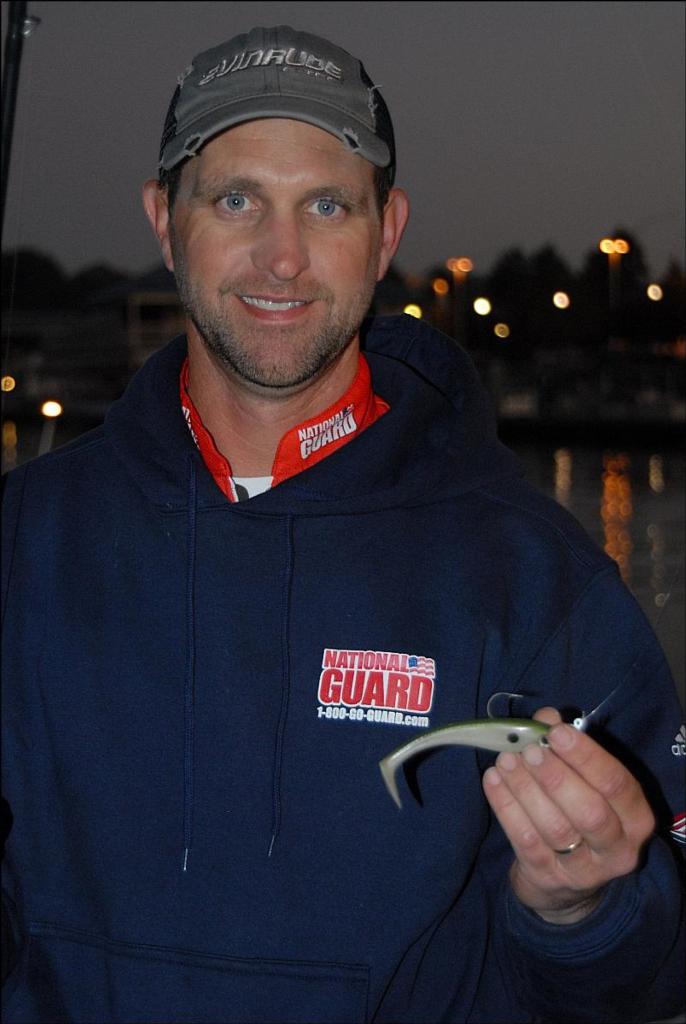 FLORENCE, Ala. – Arkansas pro Mark Rose, leader of the Stren Series Championship, could be in trouble as he fishes the last lap of the championship this afternoon.

Though Rose’s plan has bloomed flawless up until this point, giving him the lead with a two-day total of 37 pounds, 11 ounces, he’s got some mighty thorny challenges to face on the last day.

For starters, the final fishing day will be a little shorter, with all pros having to check in by 2 p.m. And since Rose is making nearly an 80-mile run to Bay Springs Lake, he’s going to eat up a lot of that time running.

Another strike against him is that there is a large tournament putting in down in the Bay Springs Lake area. So even though he’s had the water to himself in Bay Springs the last two days, he will have a little company today. And Bay Springs is not a very big lake.

But above and beyond all that, the technique Rose is using in Bay Springs – twitching a suspending jerkbait with long pauses – requires a lot of time to execute.

“It’s a very meticulous way to fish and you can’t get in a hurry,” Rose said. “That’s why the first day when I caught a solid limit quick up here in Pickwick, it really helped me settled down and focus on just getting two quality bites in Bay Springs. Yesterday, my schooling hole up here on Pickwick did not pay off and I had to go down there needing five bites and that puts a lot of pressure on me the way I’m fishing. But I was blessed to get five bites, one on the very last cast of the day.”

“With the short day and the long run today, it’s going to be even more difficult to settle myself down if I don’t get s few in the well early,” he added.

Meanwhile, right on Rose’s heels, just 2-pounds, 5 ounces back, is a very hungry Jonathan Newton. The national Guard pro has had a rough year, collecting just one check in FLW Tour and FLW Series competition. To overtake Rose and win this event today would be huge boon to Newton.

“It’s been a tough year, a real struggle,” said Newton. “But I’ve had a good feeling about this tournament ever since I saw the schedule, which is one reason I fished the Strens all year, to qualify for this event. To win here would certainly make up for a lot of bad decisions I’ve made this year.”

When compared to the challenges Rose will face today, the track is more in Newton’s favor on the final day.

Newton is locking up to Wilson, but he’s got plenty of fishing time once he gets there. His technique is simple and straight forward – fishing bluffs with a jig and a Berkley Hollow Belly swimbait. Plus, the chances of having to compete with local traffic are considerably less for Newton.

The third and final weigh-in of the Stren Series Championship will take place Saturday at 3 p.m. at the Florence Walmart.