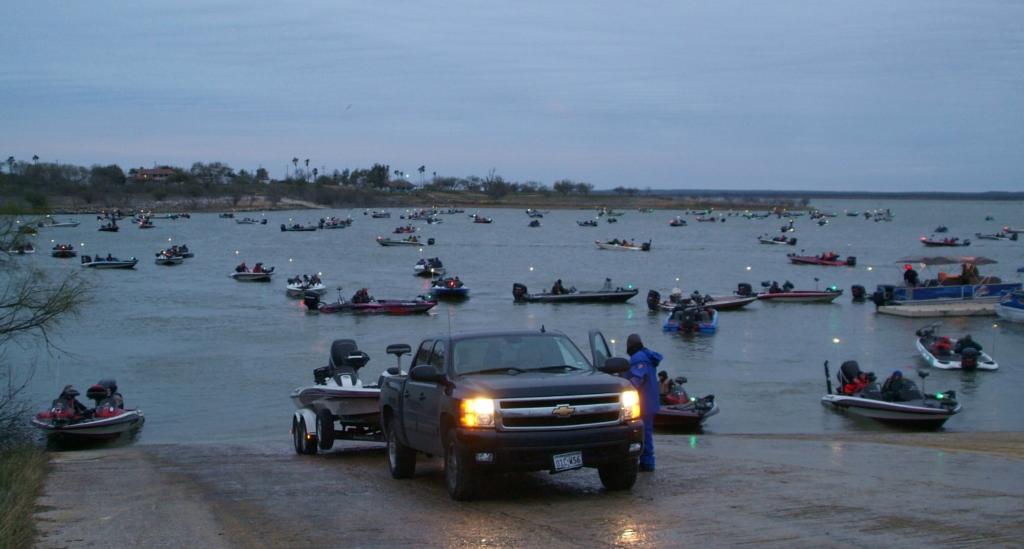 With below freezing temperatures and a stiff wind, day two on Falcon Lake got off to an ominous start. Photo by Brett Carlson.
Anglers set to battle elements for second consecutive day
January 8, 2010 • Brett Carlson • Toyota Series

ZAPATA, Texas – Day one of the FLW American Fishing Series event on Falcon Lake was far from ideal. Instead of temperatures in the upper 60s and low 70s, a relentless northerly wind kept the mercury close to 40. At weigh-in, there were more close-call stories than fish stories. Waves were speared, equipment was ruined and egos were humbled. Now it’s time to do it again.

How tough was opening day? Take a look at Charles Haralson, one of the best bass fishing guides in the area. After making top 10s each of the past two years, Haralson caught only a single keeper yesterday. This is the same man who caught over 100 pounds in the four-day event two years ago 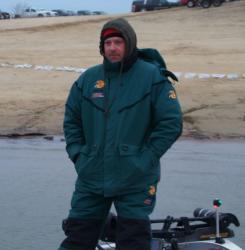 and nearly 90 pounds in the three-day tournament last year.

Clay Mayeaux felt Haralson’s pain on day one. He too only caught a single bass.

“That’s just fishing; it’s just like any outdoor sport,” said Mayeaux. “You’ve got to be prepared for this kind of stuff. You can’t expect to have great weather and catch fish all the time.”

Mayeaux has been in Zapata since Monday. That first day the fishing was great. But ever since, the bite has gradually deteriorated for the Natchitoches, La., pro.

“I’m a shallow water fisherman and I tried to fish deep yesterday. Today I’m going to fish to my strengths. Who knows, maybe I’ll get lucky. Fifteen pounds is what I’m looking for today.”

Although the wind was still strong at takeoff, the forecast predicts it will gradually diminish. That should make the main lake available in the afternoon, something that wasn’t feasible yesterday. 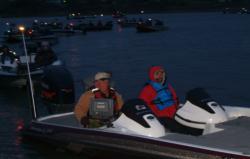 guidelines are met. Co-anglers will cast for a top award of $10,000. If the co-angler meets the Ranger Cup guidelines, they will earn an additional $5,000.

The American Fishing Series consists of four divisions in 2010 – Central, Northern, Southeast and Texas. Each division will consist of three tournaments and competitors will be vying for valuable points that could earn them a trip to the American Fishing Series Invitational on Wheeler Lake in Decatur, Ala., Nov. 4-6. The points champion from each division will qualify for the Forrest Wood Cup and a fifth Forrest Wood Cup qualifier will advance from the Invitational that is open to the top 50 anglers from each division.

The full field competes on days one and two, with the top 10 pros and 10 co-anglers advancing to day three based on their two-day accumulated weight. Winners are determined by the heaviest accumulated weight from all three days.

The Falcon Lake American Fishing Series tournament is being hosted by the Zapata County Chamber of Commerce.