Honeycutt has done it again 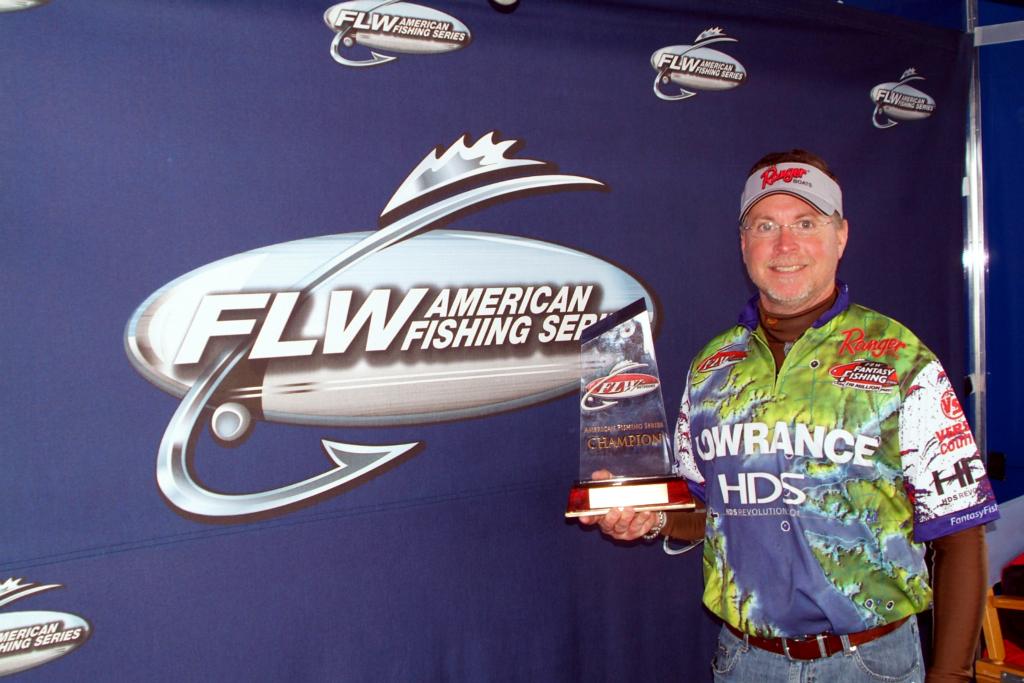 JASPER, Texas – There was much talk of the legends of bass fishing this week during the FLW American Fishing Series event on Sam Rayburn Reservoir – from Tommy Martin to Larry Nixon to Jerry McKinnis, who all fished. Seldom are co-anglers mentioned in the same breath, but Keith Honeycutt is building his legend one win at a time.

The Temple, Texas, co-angler standout won $62,500 and a championship title in 2007 in the FLW American Fishing Series (then called the Stren Series Championship); he has competed in four AFS championships and has fished the FLW Tour Championship three times; he has a total of seven top-10 finishes and earnings of over $117,000 in FLW Outdoors events; and now he’s claimed victory again.

Honeycutt bagged weights of 4 pounds, 11 ounces, 10-14 and 8-13 over three days to win this week’s Texas Division event and $9,882 with a total weight of 24-6. He did so fishing behind pros David Mullins, Timothy Griffin and Randy Cisler. 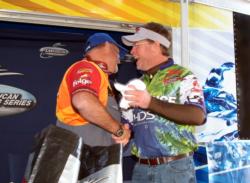 “I like this old place,” he said of Sam Rayburn Reservoir. “I know everybody talks about Falcon (Lake), but this place holds a special place in my heart.”

Honeycutt spent most of the competition Carolina rigging with a Zoom Brush Hog in watermelon-red and green-pumpkin colors. He said downsizing every part of the rig was key to his success on day two.

“I really wanted to catch them on a Rat-L-Trap like everyone else, but it didn’t work out.”

But Honeycutt has a penchant for finding ways to work things out from the back of the boat regardless of the fishery or the conditions, so he’ll be a co-angler to watch when the FLW Tour kicks off its season next week on the Red River.

“More than the money, it’s about confidence and getting off to a good start,” Honeycutt said of his 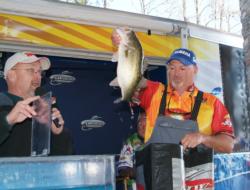 Bo Standley of Silsbee, Texas, placed second and won $3,953. His three-day total weight of 20 pounds hinged on his day-one weight of 12-6, which included his division’s Big Bass award winner that weighed 10-3. He caught another two keeper largemouths on day two and one today.

“It took me three days to catch a limit,” he joked. “But it’s been an awesome week.” 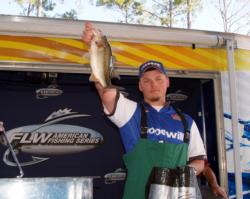 Sonny Kopech of Troup, Texas, climbed six slots Saturday to claim third place and a check for $1,976. He was one of the most consistent anglers in the Co-angler Division, netting daily weights of 6-9, 6-9 and 6-12 for a total of 19-14.

“I caught all my fish drop-shotting a Holeshot finesse worm from Kicker Bait Company,” he said.

Pellerin, Cherry round out top five

Kenneth Pellerin of Pasadena, Texas, finished fourth with a total weight of 19-7 worth $1,729. He 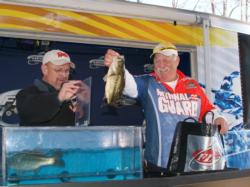 Fifth place and $1,482 went to Danny Cherry of Kountze, Texas, who said he “caught all but one on a drop-shot rig.”

Rounding out the top 10 co-angler finalists at the AFS Texas Division event on Sam Rayburn Reservoir:

AFS Texas Division competition will resume June 17-19 for the third and final stop of the season at Toledo Bend in Many, La.