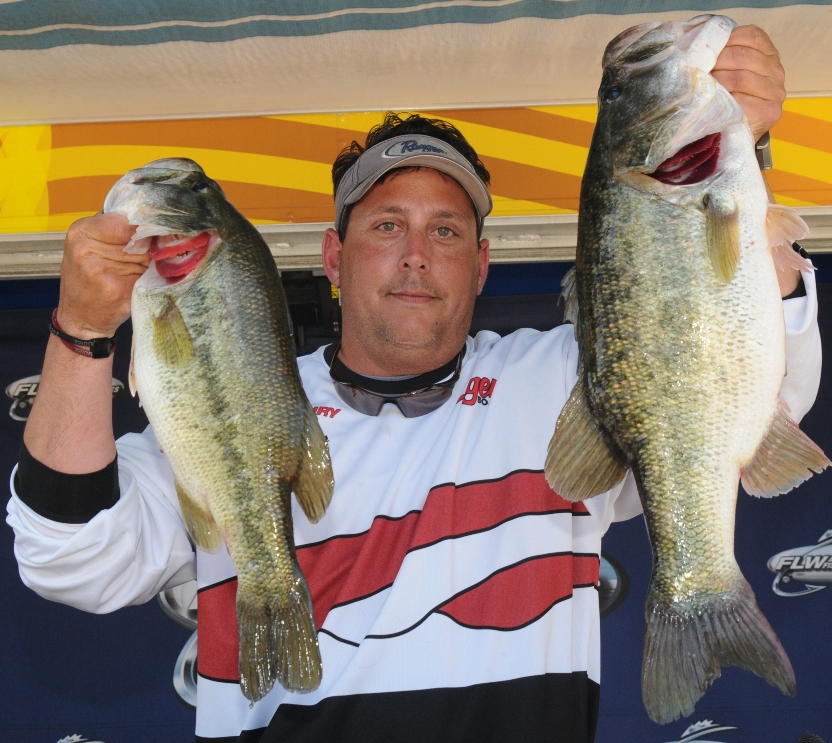 BAINBRIDGE, Ga. – Springtime may have come late to southwestern Georgia this year, but somehow Mother Nature is back on track – at least where the bass spawn on Lake Seminole is concerned.

While many were hoping that a belated spring would bring another big wave of bass to Seminole’s shallow pockets so American Fishing Series anglers could sight-fish them this week, the sight bite appears to be largely over.

The primary bite now seems to be early and out – as in early in the morning and out off the bank. Many of the day-one leaders at the AFS event today said they had their weight by 10 a.m., and then things got downright tough from noon on.

Ty Solis of Albany, Ga., leads at Seminole after day one with 23 pounds, 5 ounces. Behind him, four other pros cracked the 20-pound mark.

Solis recorded 12 keepers on the day, most coming before 9 a.m. His limit included the Big Bass award on the pro side, weighing in at 8 pounds, 3 ounces.

As for sight-fishing, Solis said he never saw a single fish that he caught today.

“Some of these fish might be at the tail end of the spawn, but I think most of the ones I caught are postspawn,” he added.

Watts is on the run-and-gun pattern, hitting some 25 spots today and not catching more than one fish per place.

“None of the fish I weighed in were sight-fish,” Watts said. “But I will say this, the ones I caught were really, really good parents. They were shallow and protective, and I had what I weighed in by probably 9:30.”

“I don’t have any honeyholes, and I never stayed in any one place too long,” he said. “I’d make a few casts in a spot, then move on. And if I caught a bass in a spot, I’d just go ahead and leave because that’s about all a place is good for – one fish.”

Donny Bass of Fort Myers, Fla., is in third place with 22 pounds, 4 ounces.

Bass, however, really had no choice but to catch fish today since this tournament is his honeymoon. Yes, you read that correctly, honeymoon; Bass got married on Saturday and arrived at Seminole on Monday for his honeymoon, which just happened to be his first practice day.

“I’ve never been here before and only had a day and a half of practice,” Bass said. “I usually fish Okeechobee and Toho. I’m not used to lakes with actual ledges and drops; it’s pretty neat.”

Bass said all of his fish were postspawn, moving toward deeper water.

“I probably caught 12 or 13 keepers out on the first break where it drops off into 4 or 5 feet of water,” he said. “I’m not fishing out deep, but I’m not way up in the spawning areas either. I think these fish are done and headed to the main rivers.” 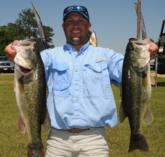 Mason Brock of Marianna, Fla., is in fourth place with 21 pounds, 4 ounces.

Of his limit, Brock did say that two of his better fish came from sight-fishing, while the rest came on a Carolina rig on sand bars.

“There are just a few left up on beds, but most of them are done,” Brock said. “I think some of the ones on the sand bars are still on beds, but I can’t really see them.

“There had been a little bit of shad spawn going on in practice, but with that high, clear sky today, it didn’t really happen,” he added. “With some clouds and wind tomorrow, maybe that will be a possibility.”

Kevin Snider of Elizabethtown, Ky., rounds out the top five with 20 pounds, 6 ounces.

Rounding out the top 10 pros on day one at the AFS Southeast Division event:

“I had a great pro partner – David Lee – and he was on fish,” Svendsen said. “The action was fast and furious at first. We caught our limits in 30 minutes on Rat-L-Trap(-type baits), spinnerbaits, worms and topwaters. But after that, it died. After about 9 or 10 o’clock, it was over and we struggled after that.”

Bronson, who is a guide on Walt Disney World’s lakes, said the bite was early as well.

“We caught everything before noon,” Bronson said. “Once the sun got up and the skies got high and bright the bite was pretty much over.”

Jesse Steadham of Florence, Miss., is in third place with five bass weighing 13-12.

Local co-angler Allen Carter of Bainbridge, Ga., is in fourth place with five bass for 13-9.

Ed Dixon of Cookeville, Tenn., is in fifth place with five bass weighing in at 11-15.

Rounding out the top 10 co-anglers on day one at the AFS Southeast Division event:

Day two of the FLW American Fishing Series starts Friday at 6:30 a.m. from the Boat Basin in Bainbridge.