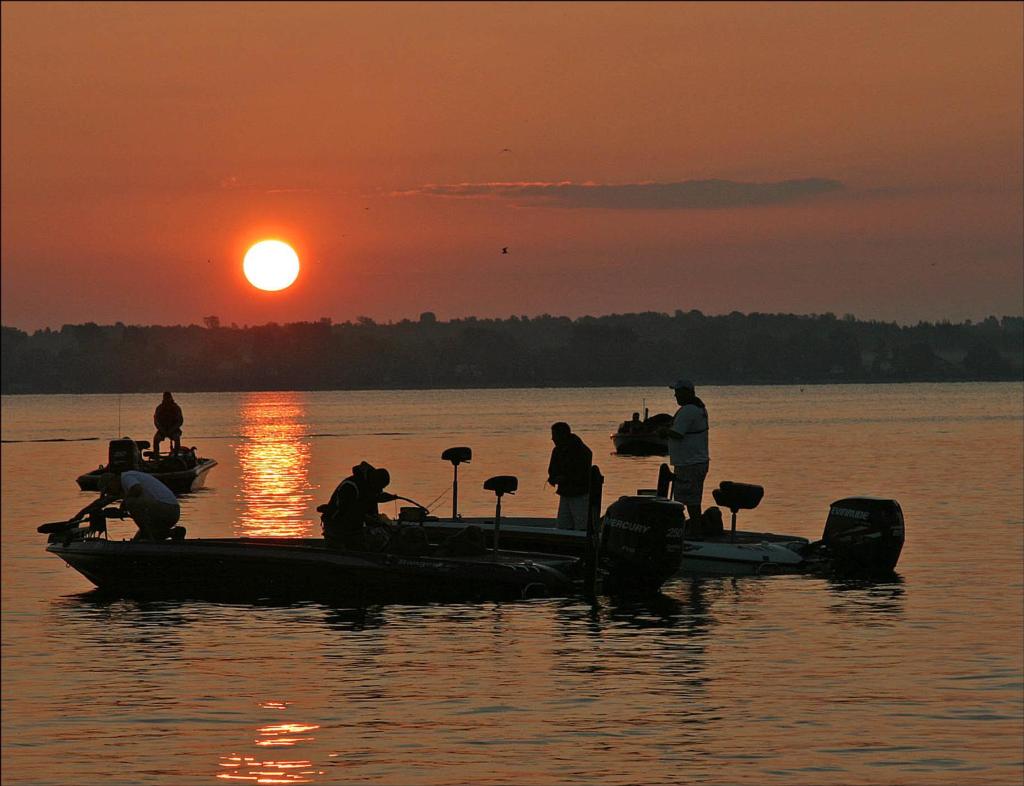 PLATTSBURGH, N.Y. – There’s plenty to get, but anglers fishing the FLW American Fishing Series Northern Division event on Lake Champlain had better get while the getting’s good.

With windy, possibly stormy conditions on tap for most of day two, the opening round may literally be the make-it-or-break-it scenario. Fortunately, both components of the lake’s unique two-tier fishery are cooperating, so anglers lack not for opportunity.

Nestled between upstate New York’s Adirondack Mountains and Vermont’s Green Mountains, Lake Champlain is considered one of the nation’s most picturesque fisheries. Anglers also love this lake because 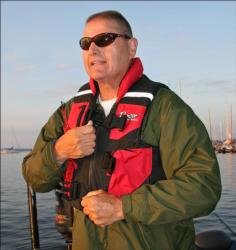 it produces big numbers of largemouth and smallmouth bass – both of which hold tournament-winning potential.

“You can catch 5-pound smallies and 7-pound largemouth, all within 100 yards of one another,” said Florida pro Matt Greenblatt.

Defending Champlain champ Steve Lucarelli reports that the smallmouth bite had been somewhat slow as recently as a week before the event. However, with their spawn complete, the brown bass have started chewing, and it’s game-on – at least on the New York side. The famous “Inland Sea” – the area between the Champlain Islands and Vermont – has yet to deliver impressive results. 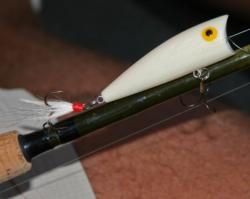 “Right now, the Inland Sea is minimal at best – we refer to it as the Dead Sea,” Lucarelli said. “That area could turn on anytime. It’s a blossom ready to bloom. New York is happening big time. We’re finding a lot of aggressive smallmouth on reaction baits. I wouldn’t look for a lot of drop-shotting. I would look at jerkbaits, spinnerbaits, crankbaits – a lot of fast action.”

In classic postspawn activity, the smallies are gathering in feeding groups that offer multiple targets for anglers who find them.

“That’s what makes the difference,” Lucarelli said. “If they don’t school up, they’re harder to find, but right now they’re in wolf packs. You can hook one 4-pounder, and there’ll be six 4-pounders following him up.”

With the postspawn action in its early stages, Lucarelli said the fish should be prime for the picking. “These fish haven’t been touched this year. They’ve been on beds; now they’ve come off, they’ve found their perch, and they’re feeding with both hands.”

The biggest limitation of the rough water expected on day two is access, and for Champlain, that means running about 30 miles south of Plattsburgh, N.Y., to the fertile grass beds of Ticonderoga. This narrow region near 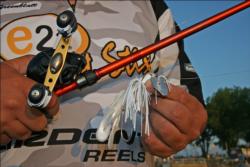 its namesake fort is where the lake’s lunker largemouth occur in their greatest concentration.

Today, Lucarelli will make the Ti run and leave the north-end smallmouth action to his son Joe, who finished a close second in last year’s event. The elder Lucarelli expects to find his early action with topwaters and then switch to wacky- and Texas-rigged Senkos. He’ll also keep a crankbait handy for the right scenario.

Paul Noechel of Lost Creek, W.Va., will throw topwaters and spinnerbaits early when the smallies position high on the humps. As the day’s increasing heat pushes the fish deeper, he’ll work on them with a drop-shot.

“The fish are really active and competitive, so they’re easy to catch,” Noechel said. “I think it’s going to take 20 pounds a day to win this tournament. This place is really good right now.” 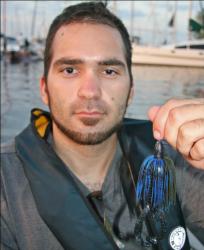 Pennsylvania co-angler John Stanco hopes to put his new Skirt Punch to work by flipping shallow grass for largemouths. Comprising a heavy bullet weight with an ample skirt, Stanco’s creation is fished over a Texas-rigged plastic to allow the profile of a jig without the constant hassle of snagging weeds.

Anglers will take off and weigh-in at the Plattsburgh Boat Basin located at 5 Dock St. in Plattsburgh, N.Y. Takeoff will be at 6 each morning, while weigh-in will begin at 2 p.m. daily. Takeoffs and weigh-ins are free and open to the public. 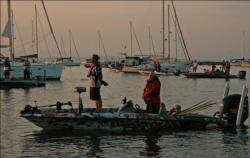