Belinda wins in the wind

Long run pays off in close finish on Lake Champlain 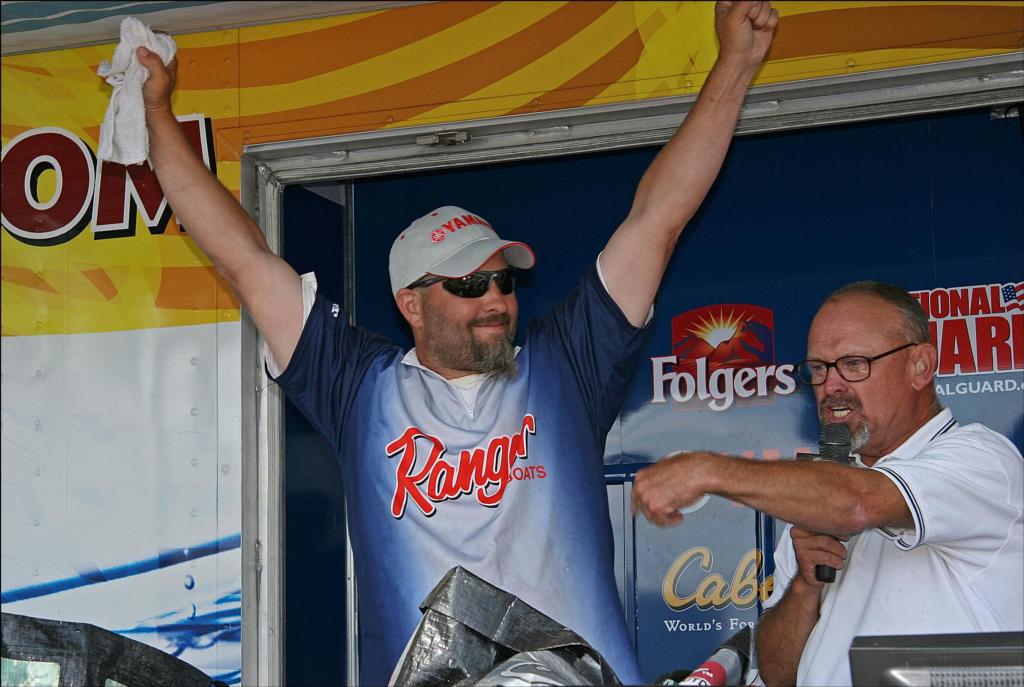 PLATTSBURGH, N.Y. – Tom Belinda started the day with only a procedural lead and ended just two ounces ahead of his closest competitor. Nevertheless, when the smoke cleared, the goateed angler from Hollidaysburg, Penn., reveled in a hard-fought victory at the American Fishing Series Northern Division event on Lake Champlain.

Belinda, who tallied a winning total of 55 pounds, 8 ounces, placed 27th on day one with 17 pounds, 8 ounces. But he made a big showing on day two with 20-11 and took over the top spot with 38-3. Bill Spence, who finished second to Belinda with 55-6, also had 38-3 at the end of day two. Tournament rules break ties by the heaviest single-day weight thus Belinda’s day-two weight gave him the edge.

All three days saw Belinda making the long run to the lake’s southern end, where he fished in and around 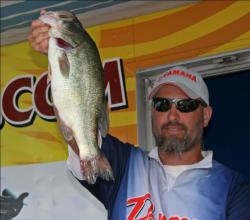 the fertile grass of Ticonderoga. Champlain’s unique abundance of quality largemouth and smallmouth bass creates seasonal opportunities for winning sacks throughout the lake. And while largemouth are also caught well into the northern end, the area known as “Ti” is hard to beat when the summer explosion of hydrilla, milfoil and coontail congregates largemouth with natural forage such as yellow perch, bluegill and crayfish.

Day one offered easy travel, as only light breezes swept across a sun-drenched lake. Day two looked like a different venue, with dense cloud cover, occasional thunderstorms and a stiff southwest wind churning the lake. Many of the competitors that fished Ti on day one opted to forego the rough run for a second day.

Sunny skies returned on day three, but the wind intensified, occasionally puffing as hard as 20 mph. With the fierce wind coming out of the southwest, Belinda was able to hug the coast and utilize the land’s natural wind break to stay in manageable water most of the time. Allowing for lengthy travel certainly played a significant role in his game plan, but Belinda said he woke up this morning with zero hesitation about his mission.

“It takes a lot driving all that way,” Belinda said. “But I just said to myself today `There’s no way I’m going to win this thing unless I go down there. Even if it takes me 3 1/2 hours (to get there), I’ll fish for two hours, but I’ve gotta go.'”

Belinda fished an area that he found about 15 years ago. An underwater point covered with vegetation created a natural gathering spot rich in quality and quantity.

“I checked the spot about a week ago and the fish were there. I should have weighed in 20 to 22 pounds on day one, but I lost a 5-pounder at the boat.” 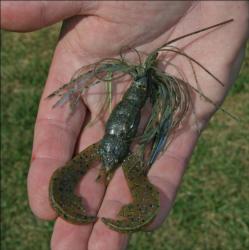 All of Belinda’s weigh fish came by slow rolling a 5/16-ounce Dirty Jigs swim jig in 6 to 7 feet of water. He fitted his jig with a green pumpkin Strike King Rage Craw trailer, but the key feature was a hint of blue in the green pumpkin skirt. This accent mimicked a natural forage source.

“Every time I’d throw into the weeds I’d see a million sunnies,” Belinda said. “Those sunnies would follow my jig back to the boat and I noticed that every one of those sunnies had a blue tail. So I figured, if they’re following the jig, the bass are probably following it too, so I went to (the skirt with blue accents).”

Belinda said he was pleasantly surprised with the day’s outcome.

“My scale always weighs a little light so I thought I had about 15 to 16 pounds. I didn’t think I had 17-5. When (Tournament Director Ron Lappin) took his hand off the scale, me and (Spence) were both looking and I said `Holy mackerel – by two ounces!'”

For his efforts, Belinda won $23,526 and a 198VX Ranger boat with a 200-horsepower Evinrude or Yamaha outboard motor. 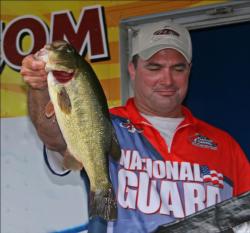 Early in the tournament, Spence developed a productive pattern near his home waters of St. Albans, Vt. There, he targeted a mix of hydrilla and milfoil in 4 feet of water and targeted largemouth with a green pumpkin ChatterBait trailed by a Berkley Chigger Craw. His day-three bag of 17-3, combined with 19-10 and 18-9 from the first two days gave him 55-6.

“I could have had one rod on my deck all week and it would have had that ChatterBait on it,” Spence said. “I threw that bait a lot and all of my co-anglers were rolling their eyes but all the fish I weighed came off of that bait.”

“The key, I think, was an orange belly. The largemouth are eating perch and bluegill. Both of them have orange bellies, so that’s what I used.”

Pat Eichmann of Nancy, Ky., entered the final round in fifth with 37-5, but catching the day’s biggest sack 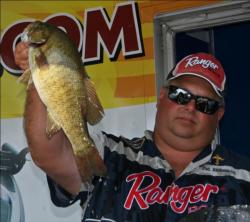 Eichman caught a sack full of plump smallmouth, all of which came on a Carolina rig with a Speed Craw. He also caught a few largemouths on a jig, but his weight came from brown fish. Eichmann spent his entire tournament in one area.

“I fished one little spot and the fish just kept reloading and kept reloading,” he said. “There’s no telling how many fish are on the spot I fished. I took 19 pounds the first day, 17 pounds the second day and another 17 today – plus, my co-anglers took (limits). We released 50 keepers on that spot.” 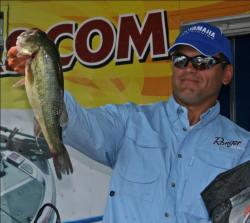 After day one, North Carolina pro Dave Wolak sat in the bottom split of a three-way tie for third with 19-15. He added 17-7 on day two and moved into fourth. Adding 15-12 in the final round kept him fourth with 53-2.

Wolak fished the Ticonderoga largemouths on day one, switched his focus to north end green fish on day two and returned to the upper end on day three. He employed a variety of reaction baits, but ended up doing best with jigs. Wolak had the big fish of day one and that 6-pound, 1-ounce largemouth confirmed his decision to go all green.

“A big part of your plan when you come to Champlain is determining which species you’re going to target,” he said. “The other thing is learning how to navigate in the wind.”

Cullman, Ala., pro Greg Pugh grabbed the early lead on day one with the event’s heaviest bag – a 21-2 limit