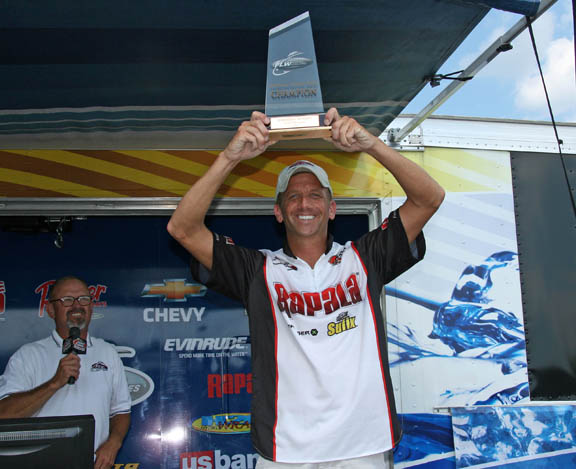 PLATTSBURGH, N.Y. – His pairings took him from one end of Lake Champlain to the other, but that level of challenge invigorates Robert Sweeney, as evidenced by his co-angler victory in the American Fishing Series Northern Division event.

With tournament waters abounding in two bass species, Sweeney said that co-angler success depends upon one’s ability to adapt and perform regardless of what the boater elects to pursue.

“Champlain produces largemouth and smallmouth, so you have to be very versatile,” he said. “You have to 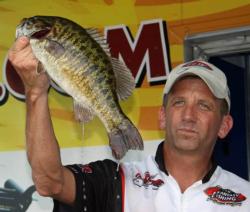 be in your room the night before changing line or running to (local retailers) to get baits. It keeps you on your toes.

“The first two days, it was all green fish for me,” Sweeney said. “Yesterday, my boater and I caught about 60 keeper largemouths. Today, it was all smallmouths.”

Sweeney said preparation and quick response yielded his best fish of day three. He and his partner fished mostly deep rocks, but when they found a shallow weed patch, Sweeney decided to burn a spinnerbait across the top in typical smallmouth-tempting style. 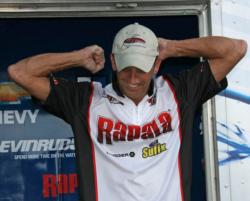 When a big fish appeared behind his bait, Sweeney thought he was about to see one of those electrifying Champlain strikes. However, the fish turned away at the last moment. Responding quickly, Sweeney picked up the tube rod he had on standby, pitched the plastic in the direction of the departed brown fish and came tight within seconds on his biggest fish.

Sweeney said that despite his preparation, he was surprised to find himself in the top spot.

“I didn’t think I was going to be up here because this lake has been producing so many big bags. The wind blew today, but I thought if I’m catching them, everyone else is catching them.” 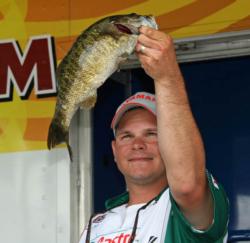 from fifth place to second with a total weight of 43-6. Woodroof placed second on day one with 19 pounds. His opening catch included a 5-pound, 11-ounce largemouth that earned the day’s Big Bass honors. He followed a day later with 11-11.

Noticeably impressed with the Champlain fishery, Woodroof said: “This place is a fish factory. I brought the whole tackle box and caught fish on everything. I had a blast up here.” 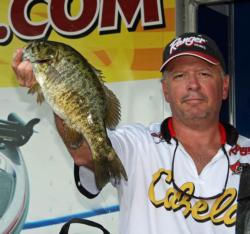 After placing eighth on day one with 16-8, Jeff Misaiko of Tolland, Ct., caught the biggest co-angler limit on day two – 17 pounds, 2 ounces. That catch moved him into first place with 33-10 going into day three.

In the final round, Misaiko caught a limit weighing 9-3 and finished in third place 42-13. He fished wacky-rigged Senkos and drop shots baited with Berkley Gulp leeches and Erie Darters.