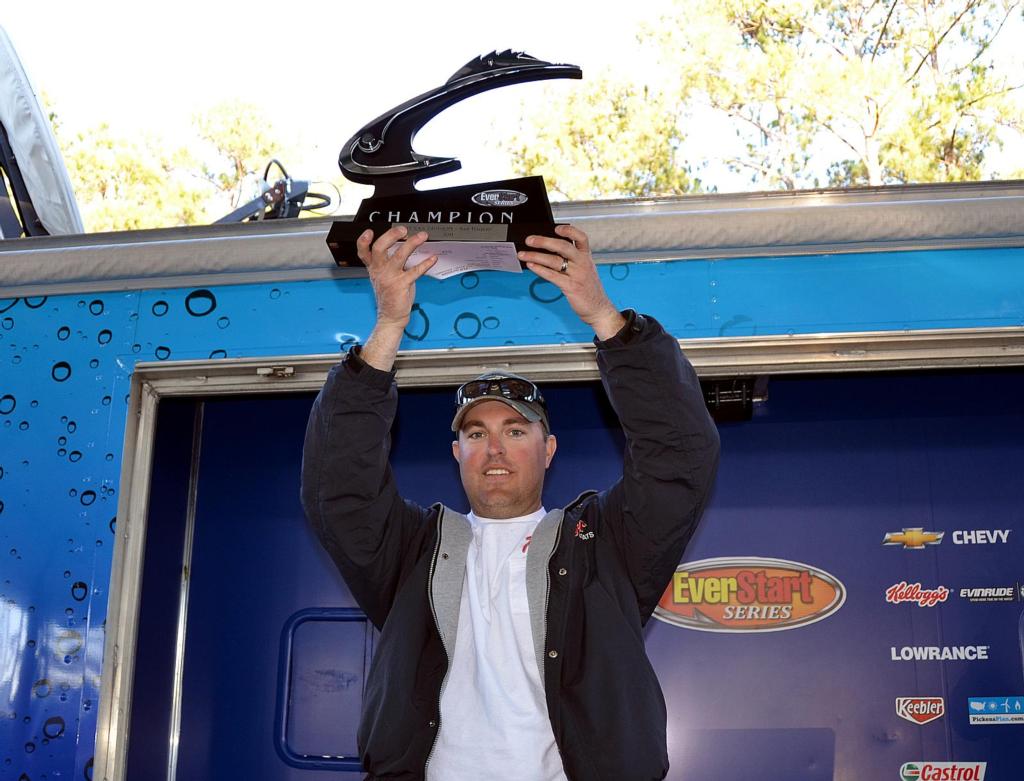 JASPER, Texas – The third time really is a charm, at least for pro angler Kris Wilson, who won the EverStart Series Texas Division event on Sam Rayburn Reservoir today with a two-day weight of 34 pounds, 9 ounces. The Montgomery, Texas, pro has entered this event three years running, and Saturday he rocketed from 13th place to the top of the leaderboard for the victory.

Wilson, a pipeline controller, has only fished in three FLW Outdoors tournaments in his angling career. In 2009, he fished the EverStart Texas event on Sam Rayburn and placed 26th; the following season, he fished the event again and placed 21st. On his third try in 2011, he sealed the deal.

Strong, consistent bass fishing is really what brought Wilson his win, but if he had a charm, it was his 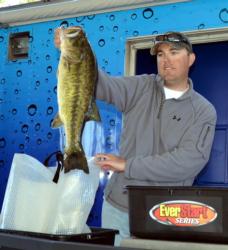 “I caught every single fish this tournament on a Big Bite creature bait,” he said, adding that he fished it on a Carolina rig.

Yesterday Wilson caught a five-bass limit weighing 15-5 to add to his 19-4 limit today, which was anchored by a 7-11 kicker that earned him the day’s Big Bass award and an additional $230 to add to the $29,409 plus a Ranger boat package including motor and trailer that he earned for the win.

“Yesterday I struggled; I only caught about seven (bass),” he said. “Today I caught a bunch – 15. 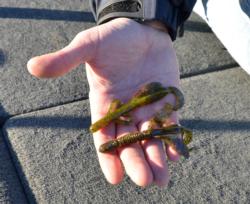 Wilson said he was running to about 20 spots across “the entire lake,” focusing mostly on grass points and some pockets. He burned about 30 gallons of fuel each day. He fished a Bass-N-Bucks tournament on Sam Rayburn last weekend and then practiced every day this week up until the start of the tournament (the only day he didn’t fish was the opening day of the tournament Thursday, which was canceled due to dangerous conditions that accompanied a frigid cold front).

“I feel great,” he said of his first FLW Outdoors win. 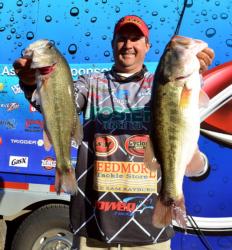 Sam Rayburn stick Stephen Johnston of Hemphill, Texas, added another EverStart Series trophy to his collection today with a runner-up finish worth $10,083. In EverStart Series competition alone on Sam Rayburn, he has notched five top-10 finishes including a win in 2007.

“We really fished about six different places from the south end all the way up to the 147 Bridge,” he said, adding that he targeted scattered grass in about 6 to 8 feet of water.

Johnston alternated between a Cyclone jig with a Venom pork chunk and a Strike King Series 5 XD crankbait, a new bait, to catch his bass this week. He said he ripped the crankbait through scattered grass and occasionally caught some staging on the outside edge of the grass. 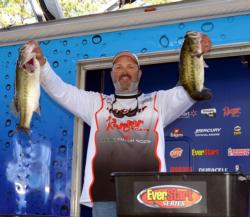 “I caught every one of my fish on a Kinami (lipless rattling crankbait colored red and yellow),” he said.

Erwin prefished with his oldest son and found one good spot on a flat in the midlake area where he fished “in between grass patches” in 2 1/2 to 5 feet of water.

Erwin is a Walmart BFL Okie Division stalwart with seven top-10 finishes including a win. This week marks his first EverStart Series top-10. 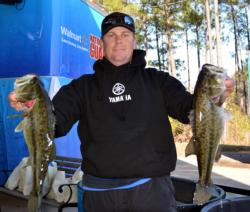 Willis, Texas, pro Charles Bebber scored his third-consecutive EverStart Series top-10 finish on Sam Rayburn, a routine that began in the Texas Division in 2009. He also made the top 10 last month at Choke Canyon, putting him in second place in for the race for the Strike King Angler of the Year title for the Texas Division.

Bebber targeted grass in drains in 3 to 5 feet of water to sack a 17-1 limit Thursday and a 13-9 limit today, giving him a total weight of 30-10. He earned $7,562 for fourth place. A power-fisherman at heart, he slowed down his presentation to find success alternating between a Carolina rig (2-foot leader) with soft plastics from Big Bite Baits and a Lucky Craft LVR D-7.

“It ended up being a power kind of deal,” he said of fishing the Carolina rig shallow to catch most of his fish. “I was moving I pretty good.”

Bebber wouldn’t divulge his hot spots on Sam Rayburn Reservoir, which he considers his home water, but said his Power-Pole shallow-water anchor was invaluable to access his areas.

Eschete falls a place to fifth 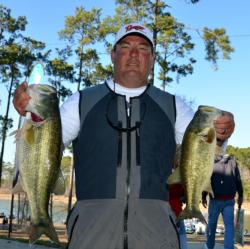 Eschete fished the Jackson Hill area on the north side of the lake this week and found his best success in a spot approximately 200 yards long. He fished an XCalibur rattle bait in water anywhere from to 2 to 8 feet deep, keying on grass.