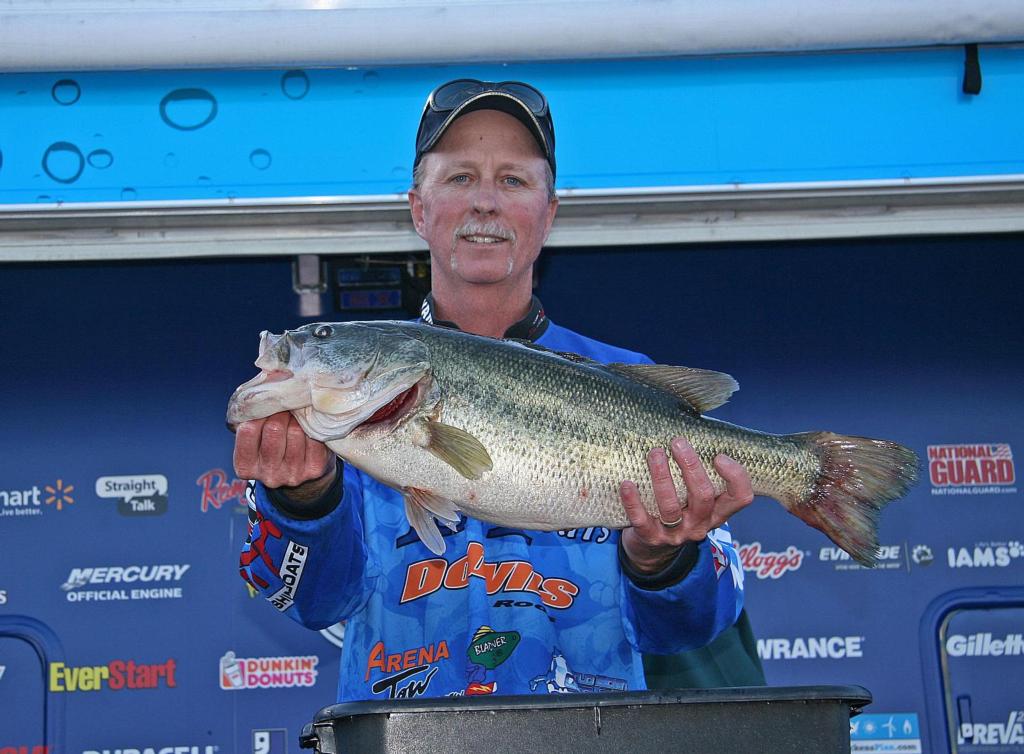 Stewart said he has been fishing Roosevelt for the past eight days, and he has caught fish in depth range of 5 to 50 feet. Today, he started on a flat where he had located some good smallmouths, but that spot failed to produce. He then shifted gears and decided to fish points. On his first spot, his first fish of the day was an 8-pound, 12-ounce beauty that earned Stewart the Big Bass award.

Oddly enough, a day that started with a bang ended rather anticlimactically. “I ran around, fishing similar 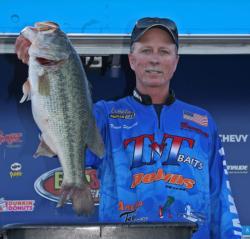 spots, and I only managed to catch five fish today – but they were the right five. All of my fish came between 7:30 and noon. I never got a bite after 12 noon today.”

Stewart said he struggled with why he could not get bit after midday, especially with today’s favorable weather. A warm spell that started earlier in the week continued today with partly sunny and warm conditions. The forecasted 20-mph winds never arrived, and the lake was about as promising as one could expect for February.

“I’m scratching my head on that because the afternoons have been better,” Stewart said, acknowledging a possible tactical error. “I went back to the big-fish spot and camped on it for two hours, hoping for another big one, when I probably should have been elsewhere.

Stewart caught four of his fish on a ¾-ounce football-head jig and one on a wacky-rigged, green-pumpkin Senko. The key to his success is an atypical way of fishing points. 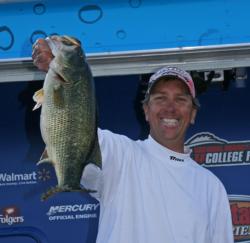 “I’m fishing across points – I’m not really casting toward the bank,” he said. “I know there are deep fish, and I know there are shallow fish. I don’t think they’re (fully) in prespawn mode. They’re just moving up and eating. They’re definitely easier to catch when they’re moving up.”

Howden tucks in tight for second

Mesa, Ariz., pro Ken Howden took the craft of flipping heavy cover to the extreme today and found himself as much in a wrestling match as a fishing tournament. Fishing superthick brush in one of the river arms, Howden flipped tubes and did his best to separate fish from fortress. Fortunately, he succeeded on five fish that weighed 14-4, including a 6-10.

“It was really thick cover,” he said. “It was (potential) heartbreak to get that (big) fish in because I had nowhere to go with the boat stuck (in the cover). The cover I fished, you’re pretty much push-poling your way in. You have no trolling motor, so when you’re flipping, you’re having to push-pole to the fish or surf it across the water.”

Howden said his action started late. “I didn’t reach my good spot until 12 o’clock. The stuff I had going on the main lake just wasn’t working, so I went to my stuff that I wanted to hit tomorrow and they were on it.” 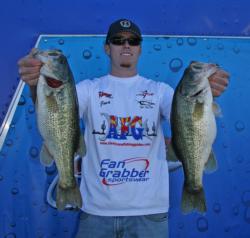 and sacked up a limit weighing 13-15. Based on his practice results, the Mesa, Ariz., pro said he was prepared for a slow start, but that’s not what happened.

“I was expecting it to be really tough between 9 a.m. and noon, but I caught them early through the middle of the day, so that was a surprise,” he said.

Bertrand surmised that the day’s warm weather fired up the fish earlier than he had been catching them this week. Also, targeting thick cover was essential for him. 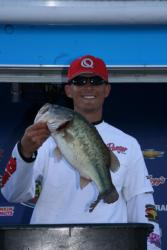 Fourth-place pro Chris Kremer of Gilbert, Ariz., stuck with deep-diving crankbaits all day and caught a limit that went 13-13. He split his time between Strike King 5XD and 6XD crankbaits in “Chartreuse Shad” and “Sexy Ghost Minnow” colors.

“I just hit a little pocket that had some fish in it. I found the place in practice and stuck with it,” Kremer said. “I was able to get down 18 to 20 feet inside a pocket you could barely cast into. The only reason the fish are there is they have bigger shad there and they were feeding.”

Kremer said his bites started early, and he had a limit by 8:30 a.m. After that, his day was cut short by battery problems and livewell issues.

Rounding out the top 10 pro leaders at the EverStart Series Lake Roosevelt event:

Co-angler Richard Coffey of Pasco, Wash., fished with Kremer and also enjoyed a good crankbait bite along with 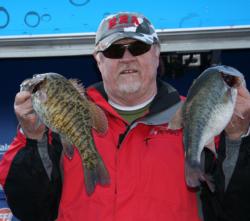 some spinnerbait action. He sacked up a limit that weighed 12-14 for his divisional lead.

Anchoring Coffey’s catch was a plump smallmouth that made its presence known and succumbed to its own gluttony.

“We were both going in one direction and looked behind us to see this fish chasing a bunch of shad up into the shallows and busting the top,” Coffey said. “I grabbed a crankbait and threw it behind him and dragged it past him, and he hit it.”

Following in second place was Mike Powell of Heber City, Utah, with 11-5. Carl Limbrick Jr. of San Diego took third with 11-2; Pat Wilson of Petaluma, Calif., placed fourth with 10-12; and Gary Haraguchi of San Jose, Calif., was fifth with 10-5. 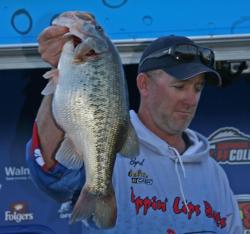 Rounding out the top 10 co-angler leaders at the EverStart Series Lake Roosevelt event: