Rychard picks up new skill for co-angler win on Roosevelt 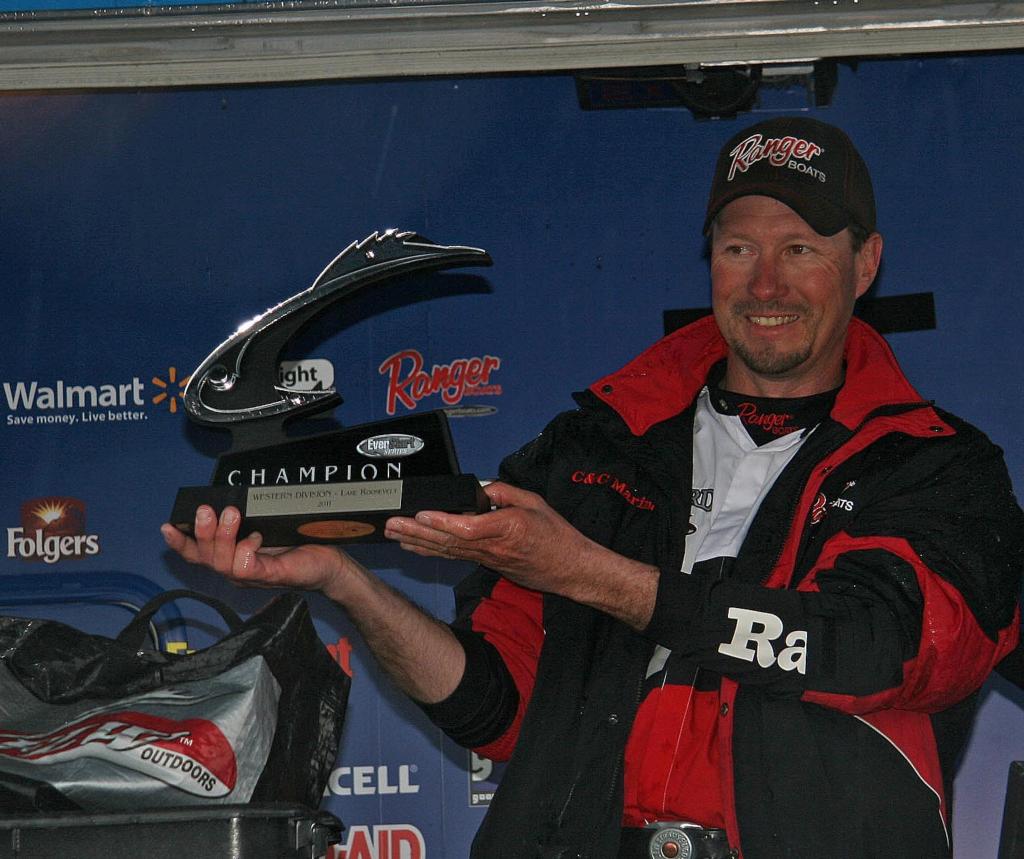 PAYSON, Ariz. – Prior to the EverStart Series Western Division event on Lake Roosevelt, flipping was not one of Mike Rychard’s strong suits. However, after a crash course in this plastic tactic delivered the co-angler victory, he’s probably a fan for life.

Rychard was quick to thank his partner, pro winner Ken Howden with whom he spent two highly productive days learning the finer points of flipping. After starting the tournament in 53rd place with 6-15 on day one, Rychard drew Howden for day two and benefitted greatly from the pile of huge fish his 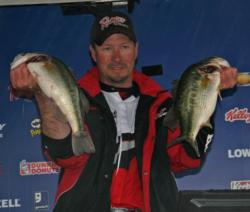 partner had located. A big day two limit of 17-9 – the heaviest co-angler bag – propelled him into first place and another 16 pounds on day three sealed the deal with a winning total of 40-8 and a margin of 8-7.

“I fished with an awesome pro for two days,” Rychard said. “Not many guys are going to be fortunate enough to draw a pro on Friday and be in position to fish with that same guy the next day. You’re at a big advantage of knowing what’s going on and where you’re going to go.” 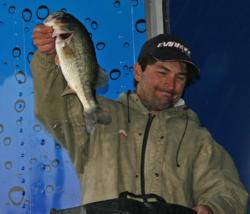 “The first day that I fished with (Howden), he had a good limit early,” Rychard said. “Believe it or not, he actually stopped fishing for 45 minutes to an hour and let me catch my fifth fish and we came in early yesterday. Today, it was the same deal. We got our limits early in the morning. We might have fished another hour and then we came in at noon.”

Irigoyen dropshots his way to second

Christopher Irigoyen, of Henderson, Nev. had the biggest comeback of the tournament. On day one, he caught just 3 pounds, 2 ounces and landed in 105th place. A day later, he fished behind one of the top western anglers, Jimmy Reese, and caught a limit of 17-2 that included the day’s Big Bass (7-9) and rocketed up the standings to fourth place. On day three, he fished with Arizona pro Clay Lippincott, who also took second in his division, and caught 11-13 to boost his total to 32-1.

Irigoyen caught fish on jigs earlier in the week, but dropshotting Roboworms produced all of his day three fish. He used four different color patterns and found the lighter worms yielded more bites, while 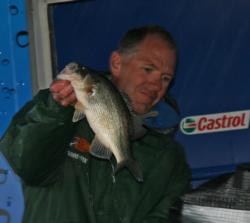 He fished deep most of the week, but Utah co-angler Mike Powell had to adjust to a shallow pattern on day three. He caught his fish by dragging jigs and finesse worms. Powell’s limit catch of 9-4 on day three gave him a tournament total of 30-6. 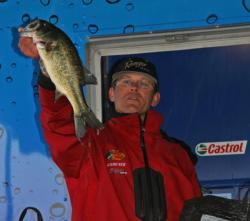 Rounding out the top-10 co-angler leaders at the EverStart Series Choke Canyon event: