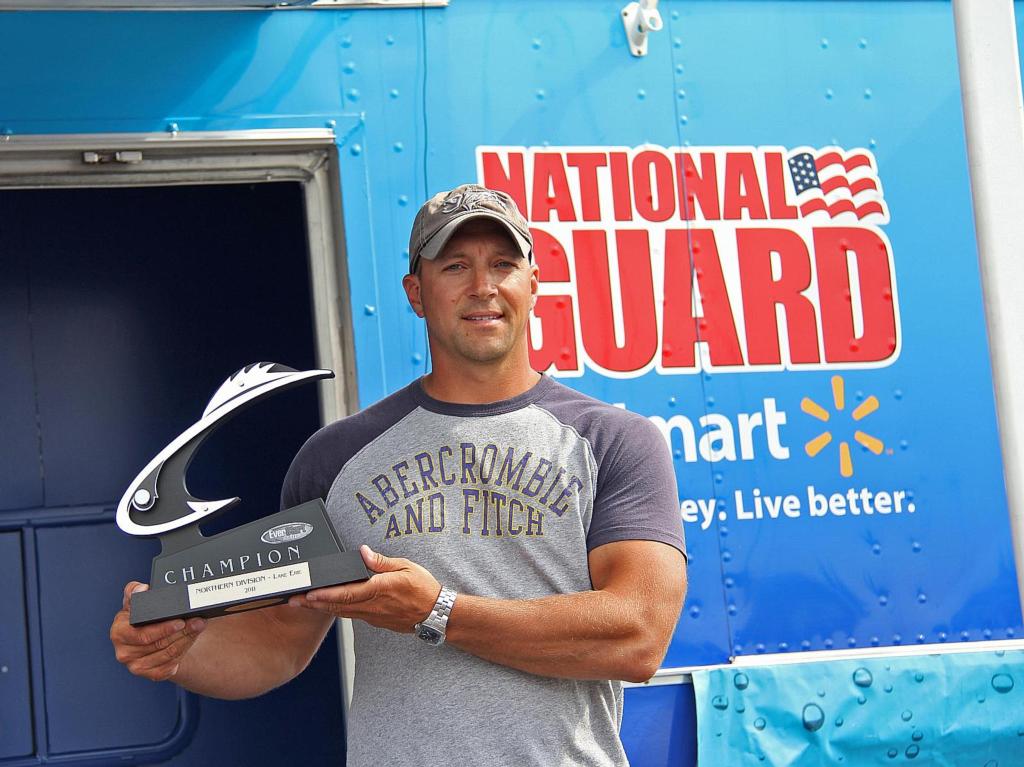 BUFFALO, N.Y. – His second and third day weights were nearly identical, but much to Edward Pecore’s delight, his placement was significantly different. The Plattsburgh, N.Y., co-angler began day three of the EverStart Northern Division’s Lake Erie tournament in third place, but he ended up with the first-place weight of 54-4. 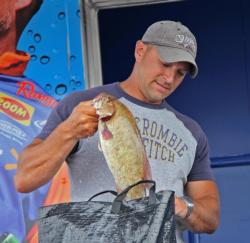 “We were just fishing the edges where it dropped off,” Pecore said. “Anywhere we’d find a high, rough spot, that’s where they’d be stacked up.”

Started off with the Jackall Cross Tail Shad on a dropshot. Pecore used green pumpkin baits in the early hours and switched to an ayu or a purple when the sun rose high.

“The thing with the Cross Tail is that if floats, so you barely have to move it,” he said. “It just undulates unbelievably. That was the key to why I caught so many.” 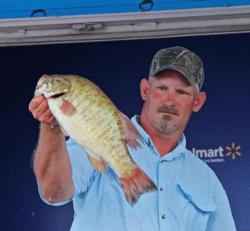 Also important, he said was light line and minimal action. “I went down to 6-pound fluorocarbon because that’s what you need to give your bait that freedom of movement. I was just lightly shaking my bait – the less, the better. That’s the Erie way.”

In the final round, Milton Goff, of Knoxville, Md. was paired with pro winner, Lawrence Mazur, so he enjoyed a busy morning of sharing an area bursting with big smallies. Goff caught a nice limit of 18-3 and maintained his second-place spot with a tournament total of 53-4.

“We got out there, made a run and pounded the fish today,” he said. “It was just unreal.”

Goff caught most of his fish this week on a watermelon/purple tube with a green pumpkin tail, however he couldn’t get that bite today, so he switched to a hand-poured worm on a dropshot. 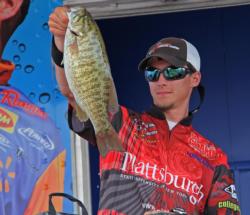 Chris Kinney-Hermes, of Plattsburgh, N.Y., enjoyed much success as a National Guard College Fishing Series competitor for SUNY Plattsburgh. He has since leveraged that experience to launch the next phase of his competitive fishing career and this weekend found him earning the third-place spot on Lake Erie with 51-5.

Kinney-Hermes fished a Jackall Cross Tail Shad in baby bass. He noted that his collegiate experience played a big role in preparing him for his Lake Erie accomplishment.

“I would never be here right now without College Fishing,” he said. 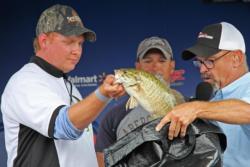 Rounding out the top-10 co-angler leaders at the EverStart Series Lake Erie event: