Anderson all the way to the top 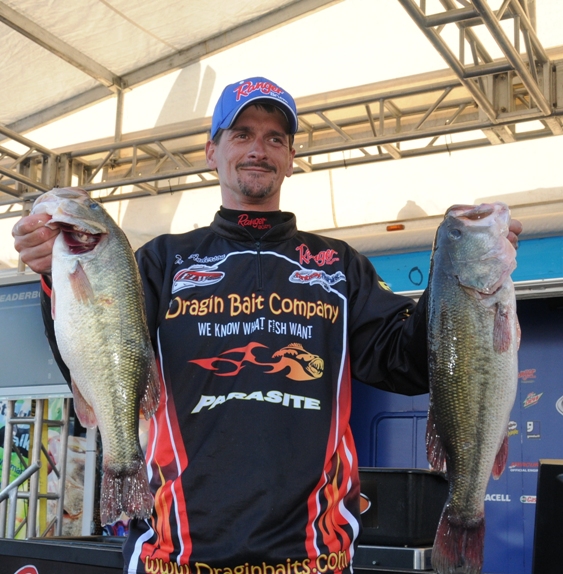 PARIS, Tenn. – When Troy Anderson of Galesville, Wis., began fishing Central Division EverStarts this season, he had one dream: just to make a top-10.

After posting finishes of 11th, 54th, 51st and 35th during the season, Anderson came to the EverStart Series Championship still on a quest for a top-10.

Today Anderson not only achieved his dream of making a top-10 cut, he finished at the top of the top 10 – as in No. 1, the winner of the EverStart Series Championship.

He did it by sacking up a whopping 18 pounds, 4 ounces on the final day for co-anglers, giving him a three-day winning total of 42 pounds, 3 ounces worth $5,000 and a brand new Ranger boat. 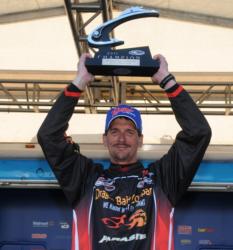 “All this has not really set in yet,” said Anderson after his win. “I just wanted a top-10, and now I’ve won the big one – the championship. This is just crazy, and now I’m going to the Forrest Wood Cup.”

The first day, Anderson fished a spook in Tennessee waters to the tune of 11 pounds, 2 ounces. On day two, he was taken to the Kentucky end where he caught 12 pounds, 13 ounces on the Alabama rig.

He adorned his Alabama rig with 3/8-ounce Big Hammer jigheads and 3-inch Big Hammer swimbaits. He used an 8-foot St. Croix flipping stick for the rig and tied it to 65-pound-test Power Pro braid.

“We were fishing 8 to 10 feet of water,” Anderson said. “There were shad flicking all around us, and I tried to just slow-roll the Alabama rig as slow as I possibly could to get it down there under the shad where the bass were.” 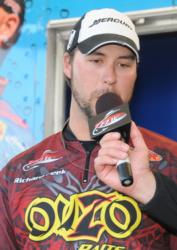 This finish caps off an amazing season for Peek, which included co-angler wins in the Pickwick EverStart and FLW Tour event on Kentucky Lake.

Hale White of Franklin, Tenn., claimed the third-place spot with a 14-pound, 9-ounce catch today, which gave him a three-day total of 35 pounds, 2 ounces worth $2,950. 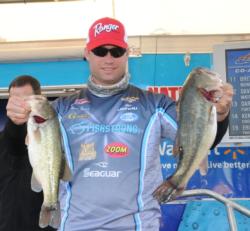 “The Alabama rig,” White said of his bait. “I put 4-inch Basstrix swimbaits on it and the key was to slow-roll it down deep in about 10 to 12 feet of water.”

Strunk, Lohman round out top five

After leading two days, Beecher Strunk of Somerset, Ky., fell to fourth place with a three-day total of 34 pounds, 2 ounces worth $2,275.

Rounding out the top 10 co-anglers in the EverStart Series Championship: