Will the Alabama rig hook its second tournament? 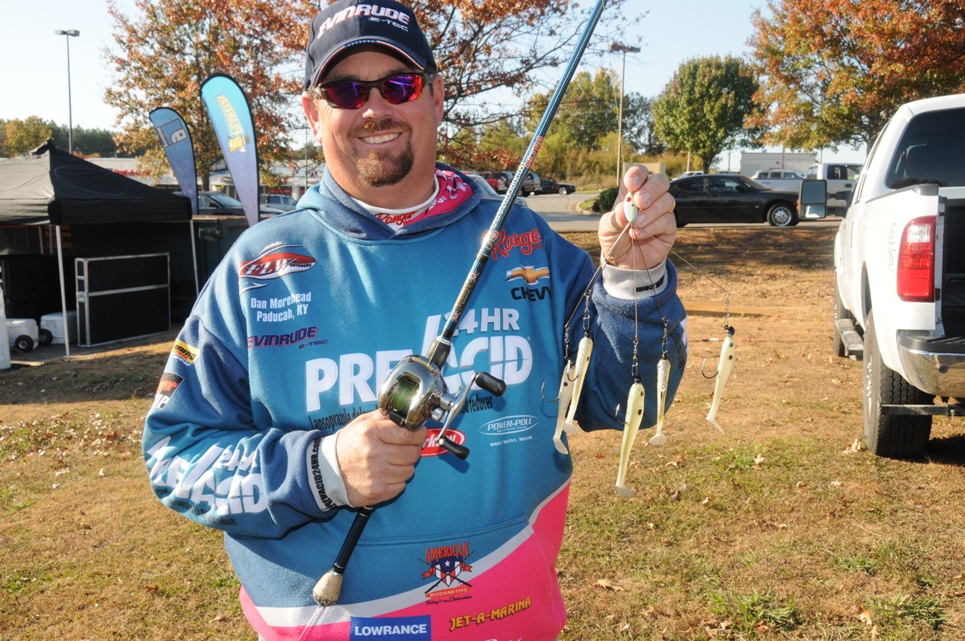 Dan Morehead thinks the best is yet to come on the Alabama rig at the EverStart Series Championship on Kentucky Lake. Photo by Rob Newell. Angler: Dan Morehead.
October 30, 2011 • Rob Newell • Archives

PARIS, Tenn. – With at least six of the top-10 pros throwing the Alabama rig on the final day of the EverStart Series Championship on Kentucky Lake, there’s a good chance the unique umbrella-style apparatus will take its second national tournament win in as many weeks.

The Alabama rig contingent in the top 5 includes tournament leader Jeff Hippert, Dan Morehead (3rd), Koby Kreiger (4rth), and Jim Tutt (5th). The pro with the best chance to win who is not throwing an A-rig is Lendell Martin, Jr., (2 pounds off the lead) who is sticking exclusively with a topwater Zara Spook, far south on the Tennessee River. 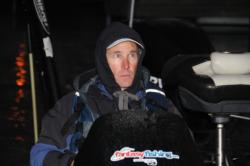 The Alabama rig has certainly been consistent for its users, with 12 to 15 pounds per day being its top average. But in terms of big bags, those have been caught on “traditional” lures.

Martin weighed in hefty bags the first two days on his topwater, weighing 17 pounds, 11 ounces and 16 pounds, 13 ounces, but faltered yesterday due to lost time on a fog delay with just 9 pounds, 1 ounce.

So far, the biggest limit weighed in on an Alabama rig was claimed by Co-angler Division winner Troy Anderson who caught 18 pounds, 4 ounces on it yesterday. Anderson was fishing with leader Jeff Hippert, who caught his best bag of the week on it yesterday for 15 pounds, 10 ounces.

Pros throwing the Alabama rig all claim its true potential has yet to be seen in this tournament. During practice, the rig produced 20-pound limits for several in the top 5 and they believe today could be the day it really shines. 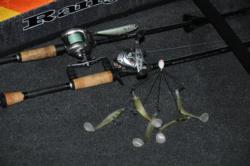 If you want to see the Alabama rig in action today, check out the live video streams under the Live-On-the-Water tab or click here.

The final weigh-in of EverStart Series Championship will begin at 4 p.m. Sunday at the Paris, Tenn., Walmart.