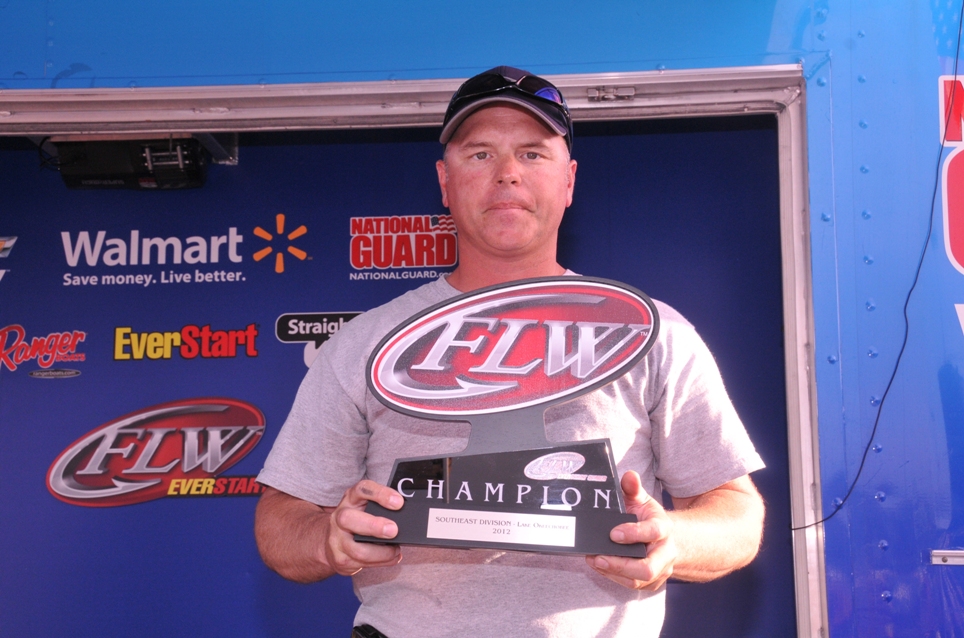 OKEECHOBEE, Fla. – Fishing in only his second EverStart event, Rodney Glunt of Orlando, Fla., won the Co-angler Division of the Lake Okeechobee EverStart Series event, taking home a Ranger Boat for his victory.

Thanks to a four-bass catch on the final day weighing 9 pounds, 5 ounces Glunt jumped from second place to the winner’s circle with a three-day total of 29 pounds, 4 ounces.

During the week, Glunt fished with pros Jim Tunder, David Dawson and Keith Fels, using a mixture of flipping and swim jigs to reach the top of the leaderboard.

“This is awesome,” said Glunt, who is a Warehouse Manager for a tradeshow company. “I figured I was going to at least need a limit to even have a chance; with just four fish I didn’t think I had enough. So to win is a complete surprise. This is the biggest tournament I’ve ever won.” 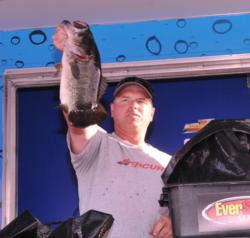 His key baits consisted of a Gambler B.B. Cricket paired with a 1-1/2-ounce tungsten weight, a Zoom Trick Worm and a Yank’em Swim Jig in a black, blue and orange color. He fished all his lures on PowerPro braided Line.

“Today I fished with pro Keith Fels and he told me things might be tough on me because he was fishing such isolated stuff,” Glunt said. “So instead of trying to pitch the cricket I just started casting a swim jig around and caught three pretty quick. A little while later I cast the Trick Worm out there and caught my biggest one. But I still never figured I would win. Now I’m completely overwhelmed.”

“A lot of people are using braid here on Okeechobee,” Clark said. “And I just feel like in these heavily pressured areas, fluorocarbon will get a few more bites.”

Spooner relied on Tightlines UV Baits for his catches during the week. His primary weapon was a 1-ounce Medlock’s Double-Guard jig with a Tightlines UV Beaver on the back as well as a UV Hog fished on 20-pound test fluorocarbon.

Parker, Ventrello round out top 5

Vince Parker of Keystone Heights, Fla., finished fourth with a three-day total of 25 pounds, 12 ounces worth $3,500.

Joe Ventrello of Orlando, Fla., rounded out the top five co-anglers with a three-day total of 24 pounds, 8 ounces worth $3,000.

Rounding out the top-10 co-anglers in the EverStart Series event on Lake Okeechobee: