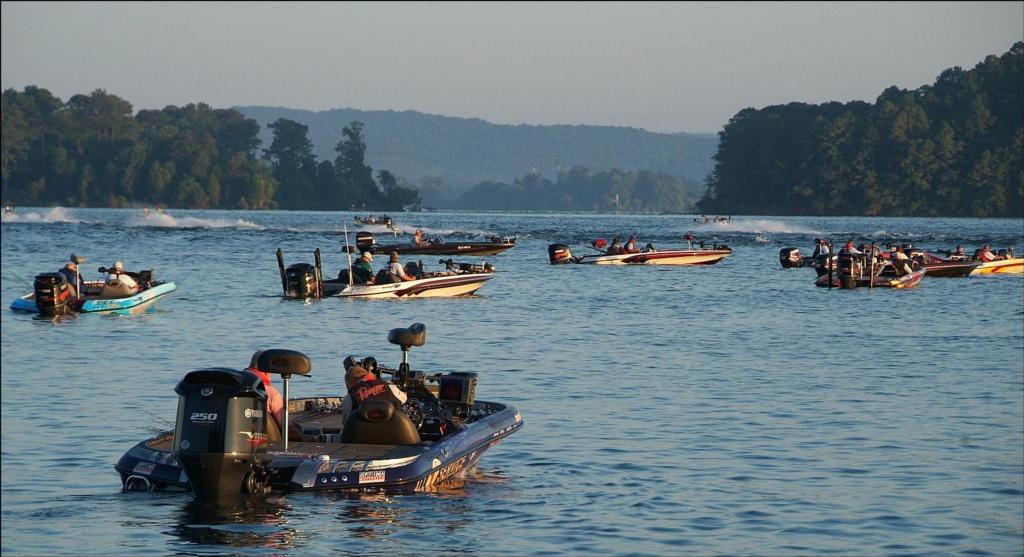 GUNTERSVILLE, Ala. – It’s hard to believe, but the 2012 EverStart Series Southeast Division is already winding down with its last event on Lake Guntersville, which starts today.

One pro who is anxious to hear his boat number called this morning is Casey Martin of New Market, Ala.

“I think we will see four or five bags over 20 pounds weighed in today,” Martin said. “I look for a three-day total of about 70 pounds to win it. 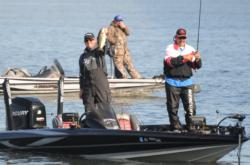 “Guntersville is wide open right now in terms of patterns,” he continued. “There are still a lot bass on beds, there are bass chasing the shad spawn and there are bass chasing bream, which are also bedding now. I don’t think many fish have bunched up out deep yet, simply because the water temperature has been so moderate; it’s still in the high 70s. With the shad and bream spawns going on, there is still plenty of forage shallow, and there has not been a lot of current to pull the fish out deep. It’s going to be a junk fisherman’s paradise. Fish a shad spawn in the morning, then throw some topwater, maybe catch one or two off beds, then hit some docks – you name a way to fish and it will work now at Guntersville.”

EverStart pro Randall Tharp, who used to claim Guntersville as his home lake before pursuing the FLW Tour full time, is looking for a little redemption at G-ville.

Tharp was leading the FLW Tour Major at Beaver Lake after day one but then crashed and burned with just three bass the second day, finishing 28th.

Tharp said the biggest curveball he has noticed this week is the water clarity.

“I don’t think I’ve ever seen the water so clear here,” he commented. “I guess it’s because we have had no rain, no wind and really no current pulled through the lake to stir it up. The grass is not completely up

yet and it’s like looking down into an aquarium. There are bass and bream bedding everywhere; this lake is just incredible. I had planned to fish out deeper this week, but the last day of practice I pulled up on some main-lake bars and realized there were still some good ones locked on beds, so now I’m studying a sight-fishing game plan.”

With this being the last event of the season in the Southeast Division, there is a points title up for grabs. Currently leading the race is Brandon Medlock of Lake Placid, Fla., with 581 points; second is Kent Ware of Wadmalaw Island, S.C., with 576 points and third is Brandon McMillan of Clewiston, Fla., with 562 points.

Anglers will take off from Val-Monte Lakeside Resort & Marina located at 7000 Val-Monte Drive in Guntersville, Ala., at 6:00 each morning. Thursday’s and Friday’s weigh-ins will also be held at the marina beginning at 2 p.m. daily. Saturday’s final weigh-in will be held at the Walmart located at 11697 US Highway 431 in Guntersville starting at 4 p.m. Takeoffs and weigh-ins are free and open to the public.