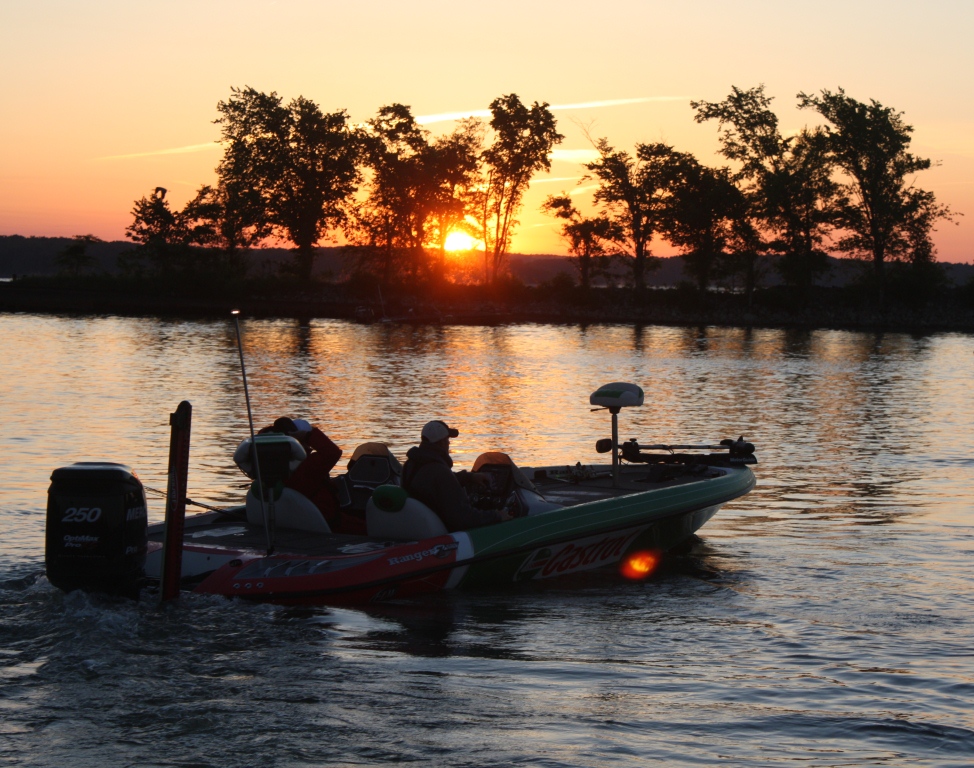 BENTON, Ky. – Record high temperatures have warmed the Kentucky/Barkley region in recent weeks, giving residents a springtime that felt an awful lot like summer. Fittingly, this week’s EverStart Series Central Division event on the twin lakes may seem more like a summertime tournament in terms of the bite.

Water levels are at record lows on Kentucky/Barkley due to a serious lack of rainfall, and the drought is also to blame for the relatively small amount of current. As such, even the most venerable of veterans might feel a bit confused.

“For me, this is like fishing a lake I’ve never been on before,” said local pro Charlie Evans of Gilbertsville. “We have record low water levels, and it’s never been like this in all the years I’ve been fishing here. There’s not a lot of current due to lack of rainfall, which concentrates the bait, and that concentrates the fish.”

A head-scratcher on Kentucky/Barkley, though, can still be counted on to yield pretty impressive stringers.

“It’s pretty tough, but there’s going to be more bags over 20 pounds than you can shake a stick at,” Evans said. “It’s like we’re fishing in the middle of summer.”

Evans and fellow local pro Chuck Rounds agree that the massive waters of Kentucky/Barkley are going to fish small this week.

“A hundred and ten miles is going to fish small,” Rounds said.

The pros mentioned big worms, big jigs and crankbaits as the baits likely to be favored this week by Kentucky/Barkley bass. They also expect to catch a few fish on spoons and A-rigs in anywhere from 8 to 25 feet of water.

In tournaments past, anglers taking off from Moors Resort and Marina in Gilbertsville typically aim their boats south, catching tournament-winning bass in the Tennessee portion of the lakes. While there will be plenty of people who will make the long run south, Rounds expects plenty to seek their fortune closer to home.

“There will be as many up here as there are down there,” he said.

During EverStart Series competition, pros supply the boats, fish from the front deck against other pros and control boat movement. Co-anglers fish from the back deck and compete against other co-anglers. Anglers are permitted to weigh in their five best bass each day. Every angler who receives weight credit in a tournament earns points that determine angler standings. The full field competes on days one and two, with the top-10 pros and top-10 co-anglers advancing to Saturday’s final round of competition based on their two-day accumulated weight. Winners ultimately will be determined by the heaviest accumulated weight from all three days. 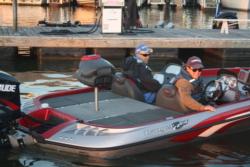 Anglers will take off daily from Moors Resort and Marina located at 570 Moors Road in Gilbertsville, Ky., at 6 a.m. Thursday’s and Friday’s weigh-ins will also be held at the marina beginning at 2 p.m. Saturday’s final weigh-in will be held at the Walmart store located at 310 West 5th St. in Benton beginning at 3 p.m. Takeoffs and weigh-ins are free and open to the public.

The EverStart Series consists of five divisions – Central, Northern, Southeast, Texas and Western. Each division consists of four tournaments, and competitors will be vying for valuable points in each division that could earn them the Angler of the Year title along with $5,000 for the pro and $2,000 for the co-angler. The top 40 pros and co-anglers from each respective division will qualify for the EverStart Series Championship, slated for the Ouachita River in Monroe, La., Nov. 1-4.

Want to watch the weigh in live but can’t make it in person? Then tune into FLW Live on FLWOutdoors.com shortly before 2 p.m. Central Time to watch live streaming video and audio of today’s opening-round weigh in.

Wind: calm from the north