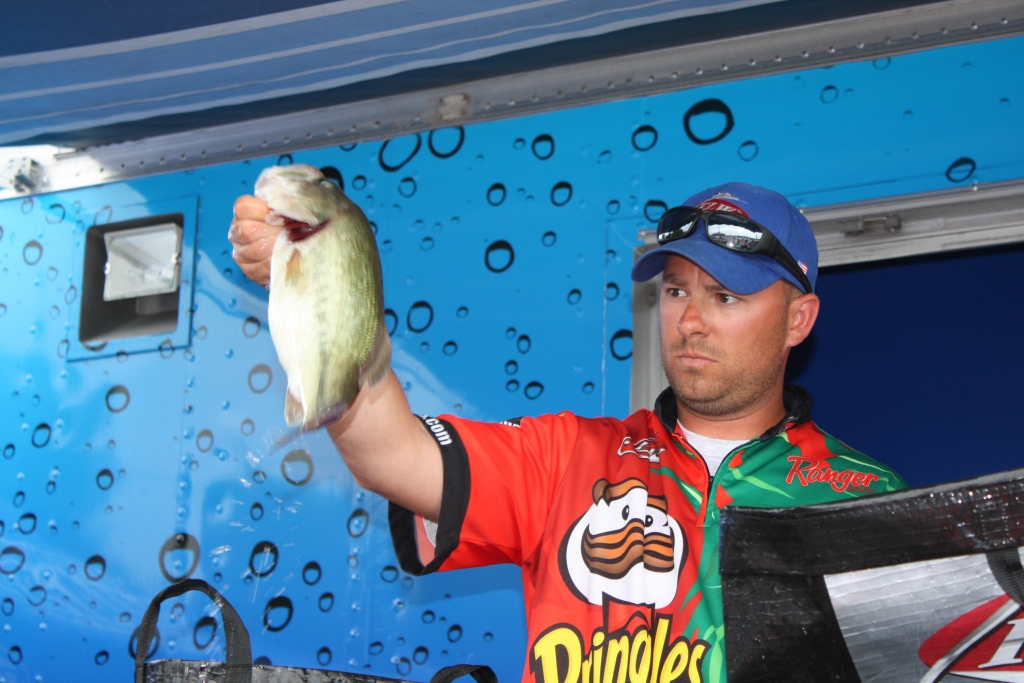 BENTON, Ky. – D.J. Smith has done the impossible. Having never fished an EverStart Series event, and having never before fished on Kentucky Lake, the Indiana co-angler nevertheless caught 39 pounds, 14 ounces of bass over three days to take home the Co-angler Division victory.

Remarkably consistent, Smith caught 13-7 on day one and followed that up on day two with 13-6. Today he brought in a limit weighing 13-1 from the back of pro winner Randy Haynes’ boat to win a Ranger 177TR with a 90-horsepower Evinrude or Mercury outboard. He defeated his closest competitor by a 1-pound, 6-ounce margin.

“This doesn’t happen,” Smith said of hitting the jackpot on the first try. “I’m speechless.” 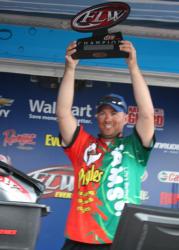 Smith was introduced to Kentucky Lake by Todd Hollowell, a fellow Indiana angler who finished sixth on the pro side at this event in 2011.

“He knows the lake very well,” Smith said. “He set me up and let me get a feel of how Kentucky Lake is fishing right now.”

“I didn’t change all week,” he said. “All three days I did the same thing. The biggest thing was having patience. The pros were catching limits before I even got one fish.”

He was mainly using a Carolina rig to get his limit, and then upgrading his catch with a River Rat jig. He also caught a few jigging a 10-inch worm.

While winning a boat is certainly a prize worth smiling about, what Smith really wants now that the tournament is behind him is a little rest.

“It’s been a long three days,” he said. “Plus I practiced from dark to dark for five days. I’ve missed a lot of meals. I’m ready to take a couple days off work and sleep a little bit.” 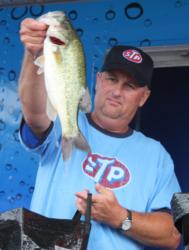 Wade rises from sixth to second

Like Smith, No. 2 co-angler Bobby Wade of Sedalia, Ky., had a remarkably consistent tournament. His day-one catch of 13-1 was followed up on day two with 12 pounds, 10 ounces. He ended the tournament today with a limit weighing 12-13 that brought his total to 38 pounds, 8 ounces, good for second place and $4,500.

“It has been an excellent tournament,” Wade said. “The Lord Jesus Christ put me in this position because I had three great boaters – Dan Morehead, Jerry McGinnis, the legend, and Scott Mansfield. They were all class acts.”

Mansfield, who finished in eighth on the pro side, took Wade all the way south to New Johnsonville, Tenn., a very crowded spot due to a large tournament that took off this morning nearby. Nevertheless, Wade said they were able to fish where they wanted.

He caught his bass on a deep-diving crankbait, a Carolina rig and a 10-inch Texas-rigged worm.

Waid said just finding the schools was the key to success. “We found the right cover, but we just had to find the right school on the ledge.” 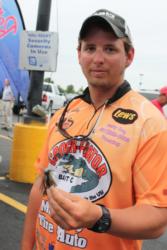 Kelley’s day-one catch of 10 pounds, 9 ounces had him in 49th, but he bounced back on day two with a 15-pound, 5-ounce limit that vaulted him to fifth. He continued to improve his position in the standings with a day-three catch of 12 pounds, 9 ounces.

Like Smith, this was Kelley’s first time on Kentucky Lake, and he caught most of his bass on a Crock-o-Gator football-head jig.

“I needed to get rid of one, but I couldn’t get that bite,” Kelley said of his luck on day three. “I was catching one every hour.”

He and his final-day partner David Fields ran about 20 miles south and fished the Blood River area, targeting main-river ledges, drops and flats.

“I tried to do something different than the pro,” Kelley said of his strategy. “Everybody was deep cranking, but nobody was throwing a jig. I just tried to slow down. I probably only threw three rods the whole tournament.”

Woodford, Bell round out top five

Taking fourth on the co-angler side is Alan Woodford of Winslow, Ind., with a three-day catch of 37 pounds, 4 ounces that earned him $3,500. 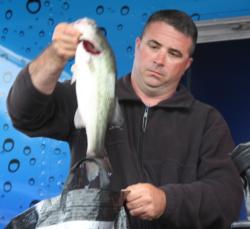 Behind in him fifth is day-one leader Bill Bell of Smithville, Tenn., with a combined weight of 36 pounds, 4 ounces.