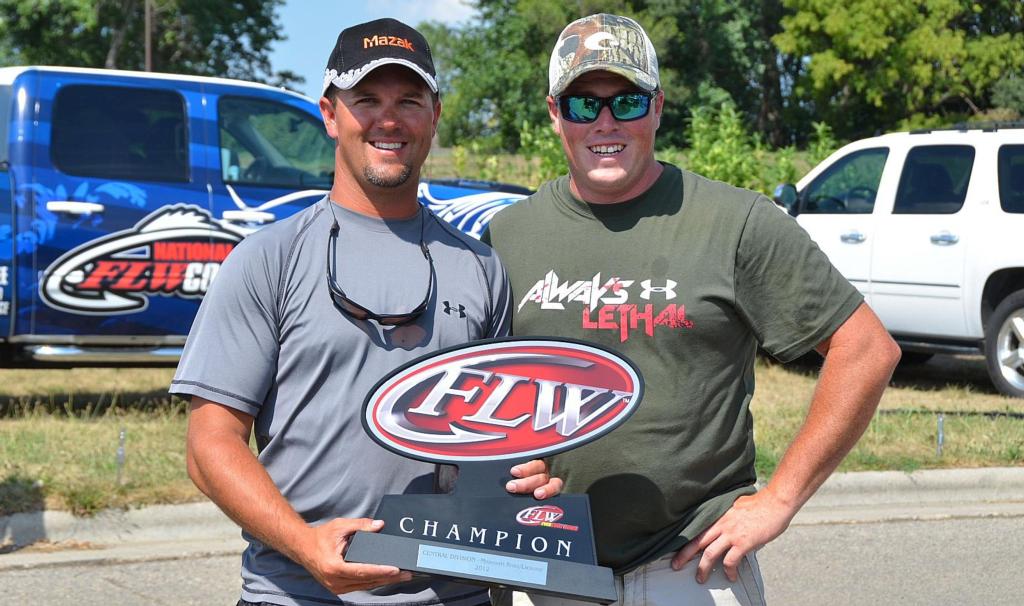 LA CROSSE, Wis. – Three weeks ago, Paul Malone took some time off from his job as an applications engineer and drove from Pleasant Valley, Iowa, to La Crosse to practice for the EverStart Series Central Division event on the Mississippi River. He found what he termed the “perfect spot” but he had to nervously wait to see if these tournament-winning bass would stick around.

Two days before the tournament began, Malone revisited the 80-yard stretch of water, located in the mid-lake section of Onalaska (Pool 7). Much to his delight, it was still loaded and looking perfect – holding the ideal combination of lily pads, duck weed, current and baitfish. While Malone loved the setup, he worried cloudy conditions could ruin the frog bite.

On day one, he caught a solid 11-pound, 3-ounce limit and was on pace. Day two brought those dreaded cloudy, cooler conditions. Rather than fight it, he punted and fished Pool 8, bringing a very average 7-pound, 11-ounce stringer to the scale. Malone made the top-10 cutoff, but he’d have to rally from 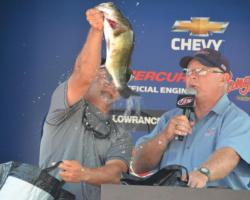 “I knew I was going to struggle on day two with that weather,” he said. “I really thought yesterday killed me. But today the hot sun came back and that positions them perfectly under the mats. I was praying for the hot and the sun and when it came, they bit.”

On day three he caught an 11-pound, 7-ounce limit, the second-heaviest stringer of the entire tournament. All of his fish came on topwater frogs, his two best being a heavier River2Sea frog and a lighter Spro Popping frog. Malone would vary the weight based on the density of the cover. The River2Sea frog could move more water, but the Spro “really got their attention in the thin duck weed.”

In addition to frogging, Malone tried punching mats, but it wasn’t nearly as successful. This was his very first EverStart event and he credited his victory to confidence.

“After that practice, I came up here to win and I was only fishing for those big ones. Several times I thought about leaving but I knew they were still there. When it was good I was only getting a fish an

hour. Sometimes I would go two or three hours without a bite. Most guys would have left in that situation. If I didn’t have the confidence I would’ve left too. Usually fish that like don’t stick around, but when I checked them again Tuesday they were still there; I couldn’t believe it.”

Malone finished with a three-day total of nine largemouths weighing 30 pounds, 5 ounces. His margin of victory was 6 ounces and he earned $31,194.

After making the long idle to the Copeland Park landing Saturday afternoon, Zach King was thinking he may have just won the tournament. All week long he was catching 60 to 70 keepers per day and he 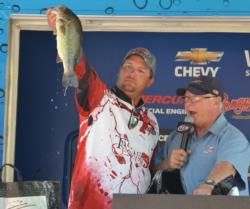 saved his biggest bag for the final day.

“Everything went perfect; it was just flawless,” said the Clarksville, Ark., pro. “I caught so many today I forgot. I really thought I had a chance, but I have no regrets.”

While King weighed a few fish on a Booyah Pad Crasher and a Spook, his main pattern was flipping a Yum F2 tube (black and red color). While he occasionally flipped trees, he mainly focused on a ditch going back into a creek. This ditch, which coughed up well over 100 keeper bass, was located less than a mile from takeoff in Pool 8.

“They would sit on the outside edge of the ditch in like 3 to 4 feet of water, just following the channel. Fishing up here is just unbelievable. It sets up just like my home lake, Lake Dardanelle, except you get way more bites.”

King leaves La Crosse as the Strike King Angler of the Year leader in the Central Division.

“That’s a goal of mine this year and I also want to qualify for the FLW Tour.” 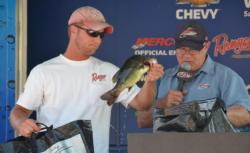 “I had kind of a rough day,” said the Tomah, Wis., fisherman. “All week long I’ve been using a white Lethal Weapon Swim jig with a 5-inch Action Plastics grub. But first thing this morning I got on a real solid Spook bite. I had the right bites, but just didn’t get them. It was rough.”

McGarry’s main pattern was swimming that Lethal Weapon jig through grass flats. The flat itself was in 4 feet of water, but what made it productive was the presence of shad. While it proved to be consistent, McGarry lamented the fact that he never got a truly big bite.

In 2008, McGarry won a pair of BFLs on his home water, but this was his first EverStart event.

Thill, Johnson round out top five 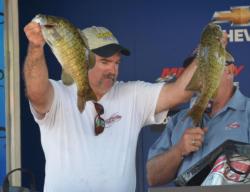 from 10th to fourth after catching three bass Saturday that weighed 9 pounds, 10 ounces. Two of Thill’s keepers were quality smallmouths, the other an average largemouth. Thill finished the event with a total weight of 28 pounds, 1 ounce, earning $8,021.

Johnson managed 8-6 on three bass, pushing his cumulative total to 27 pounds, 14 ounces. Earlier in the week he had been catching his fish on a frog, but the river dropped several inches during the tournament and he wasn’t able to access some of his better water. He earned $7,130.

“I’ve been struggling the past year and a half,” said Johnson. “So this was a pleasant surprise.”

Rounding out the top-10 pros at the EverStart Series Mississippi River event:

The next EverStart Series event is slated for Aug. 16 on 1000 Islands in New York. The next Central Division event takes place Sept. 13 on Lake of the Ozarks.