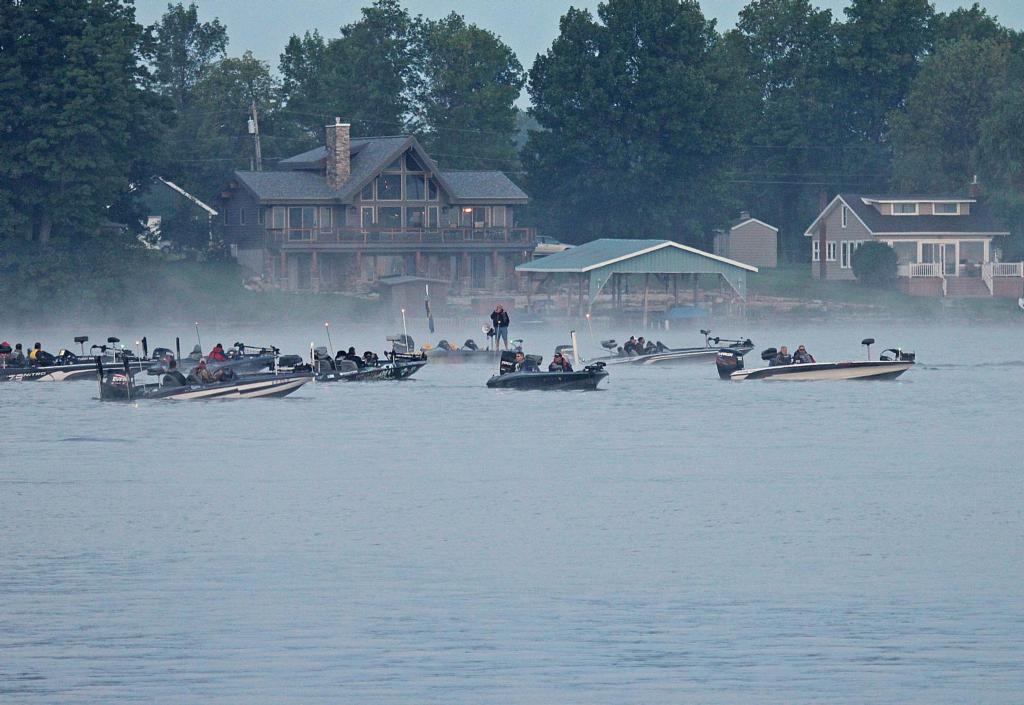 CLAYTON, N.Y. – Baitfish in the 1000 Islands – now that’s gotta be one of the world’s worst jobs, what with the hordes of hungry bass looking to fill their bellies. Well, a field of EverStart anglers will be looking to impersonate these ill-fated employees of the St. Lawrence River-Lake Ontario region in hopes of topping this week’s Northern Division event.

For clarity, we have no reports of competitors actually dressing up as gobies, shad or yellow perch. Rather, it’ll be more of an impersonation by proxy, as anglers employ a variety of mostly soft plastic baits to coax bites from the smallmouth and largemouth roaming this area. Numerically, smallies hold the advantage, while largemouth can reach larger proportions.

Typically, the majority of anglers target the spunky brown fish on Ontario’s deep rock structure in the 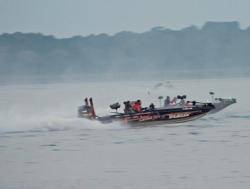 30- to 50-foot range. Ontario pro Derek Strub will follow this plan and he’ll fish a dropshop baited with Trigger-X worms and X-Zone Slammers.

“I’m just going to run-and-gun; I have a lot of water here,” Strub said. “I’m going to target smallmouth because that’s what it’s going to take to win here.”

“If the weights from the (recent) Canadian Open are any indication, there are going to be some big, big weights this week. To win, I’d bet you’re looking at 21 1/2 pounds a day. It took 71 pounds to win the Canadian Open over three days.”

As Strub notes, Lake Ontario’s vastness can be a double-edged sword. On one hand, there’s plenty of area to fish; however, anglers can burn a lot of time looking. Deeper edges of prominent rock structures are generally a good place to start. The bigger smallmouth – the ones that’ll amass competitive weights – tend to segregate themselves from the big schools of small to mid-size fish, Strub said.

“If you’re catching a lot of 1-pound fish, you’d better move,” he said. “The bigger fish tend to stay in the 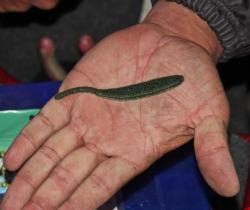 While the big lake will certainly host more tournament boats, the river action should not be discounted. Numbers of fish may be less, but so is the competition for key spots. Florida pro Matt Greenblatt will devote his tournament to the St. Lawrence where he’ll throw a Spro frog in shoreline shallows and work a dropshot with a Yamamoto Shad Shape Worm in the 12-foot range.

“A lot of guys are fishing the lake, especially the Duck Island area, but I didn’t have time to practice out there and I’m not familiar with it so I decided to stay in the river and I think I can compete,” Greenblatt said. “There are some spots out by Duck Island that are really popular, but they’re community holes. The stuff that I’m doing is running and gunning.

“I have been getting on some 4 1/2- to 6-pound largemouth so while the (lake anglers) are running to their spots, I’m going to be fishing, so I’m playing the time game too. I’ll just keep doing the merry-go-round and hitting those spots and those fish will show up at some time today.” 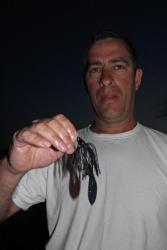 hunting bigger fish. He’ll rely primarily on a black and blue jig with a craw trailer.

“After we get a limit, we’ll move out onto the breaks and see if we can locate some of those bigger largemouths that are living out there,” he said.

There are also fish to be caught around docks, piers and marina structure. At the morning takeoff, Frosted Flakes pro Dave Lefebre shot straight over to the Clayton waterfront to pitch baits around various cover. He was likely looking for some quick limit fish before expanding outward.

Anglers will take off from French Creek Marina located at 250 Wahl Street in Clayton, N.Y., at 6 a.m.

daily. Thursday and Friday’s weigh-ins will be held at the marina beginning at 2 p.m. Saturday’s final weigh-in will be held at Walmart located at 20823 NY State Route in Watertown, N.Y., starting at 3 p.m. Takeoffs and weigh-ins are free and open to the public. 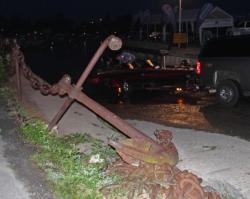