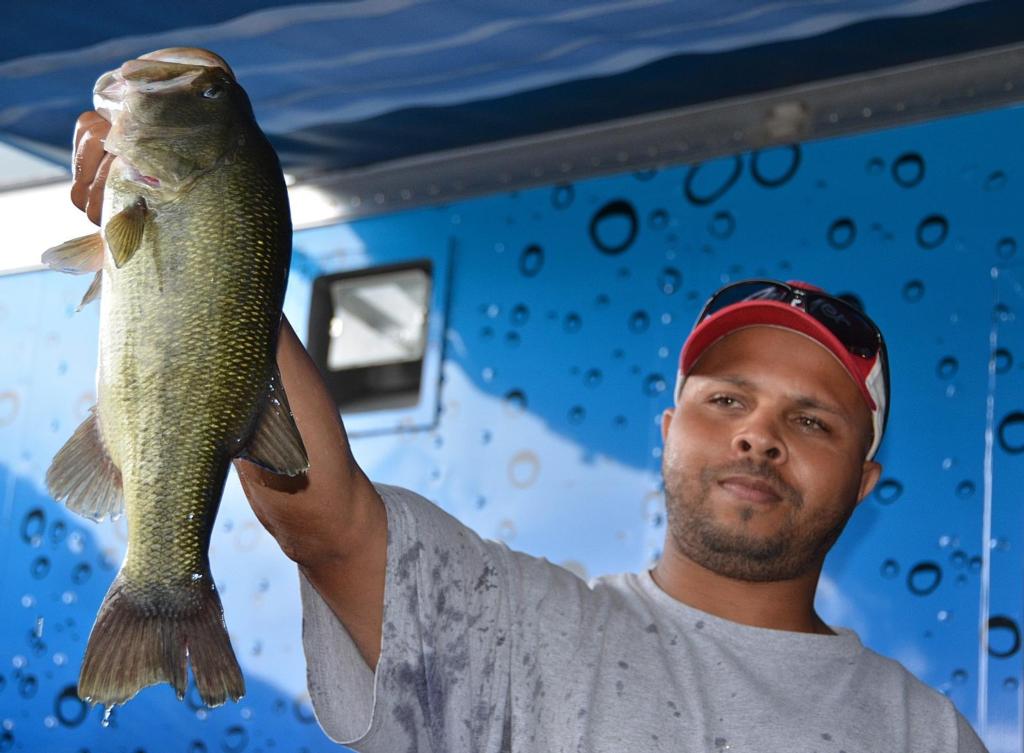 MARBURY, Md. – Heading into the finals of the FLW Tour event on the Potomac River this past May, Marvin Reese of Gwynn Oak, Md., had the overall lead and a chance to win the biggest title of his career. Unfortunately for Reese, after a tough day of fishing, he ultimately had to settle for fourth. Today, however, Reese was determined to make amends. After entering the day in the sixth qualifying position, Reese turned in a banner performance, out-fishing the entire pro and co-angler fields with a total catch of 13 pounds, 13 ounces. And, in the end, it was enough for the Maryland native to achieve redemption – capturing the co-angler crown and his first-ever EverStart title.

“This is the biggest win of my career,” said Reese, who walked away with a brand new, fully rigged Ranger Z117 boat as well as the Potomac River title he’d coveted for years. “I’m speechless right now.” 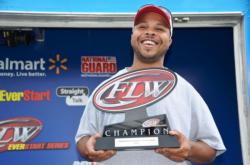 Surviving the blustery winds, Reese put on a clinic today, targeting largemouth bass with a combination of jigs and Senkos to net a total, three-day catch of 35 pounds, 8 ounces. However, while Reese eventually took home the title with more than a 2-pound cushion, his final day on the water was not for the feint of heart.

“At 10:30 a.m. I didn’t even have a fish in the boat,” he said. “But then we moved out of the wind in to the cover of some coves and the bite really turned on. I was able to get a limit in about an hour after that. Over the rest of the day, I was able to upgrade two more times and that helped.”

Reese said he targeted a combination of docks, wood, grass and any “visible cover” that he could find.

“I know the rough water today hurt a lot of people but the Potomac River is a special fishery for me,” he said. “Overall, it was a great event. I had a great week – an excellent week.”

Day-one leader Russ Hamilton of Manassas, Va., entered the final day of competition in fourth place. But he nearly wound up in last place due to some mechanical difficulties with the pro’s boat engine.

“I’m just happy to be alive,” he said. “It was absolutely the worst boat ride I’ve ever had.”

To be sure, Hamilton’s day couldn’t have started much better. 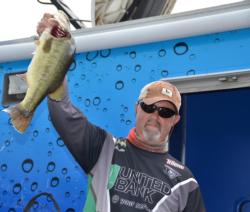 “I had three fish in the boat before 7:30 a.m., got my fourth fish at 8 a.m. and had a limit by 10 a.m., including that 6-pounder,” said Hamilton, who targeted bass exclusively holding to hard cover with one solitary bait, a 4-inch Zoom Ring Worm.

But then things got a little hairy. Not only did he fail to catch another keeper for the rest of the day, but his pro’s boat engine began to experience some significant problems as they started to head back to weigh-in.

As such, a routine boat ride back to the marina turned into a strenuous 70-minute ordeal.

“I was literally praying the whole way back,” said Hamilton, who would have faced massive weight penalties for each minute the team was late for it’s check-in time. “In the end, though, we made it back on time. And all I could say was, `Thank God … in capital letters.'”

Ultimately, Hamilton settled for second place overall with a total catch of 33 pounds, 4 ounces. He also netted more than $4,100 in winnings.

“It was a nerve-wracking day,” he said. “But overall, I had great draws and a great week. I was really blessed.” 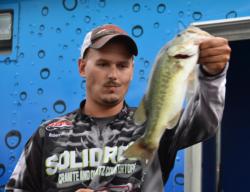 “It’s my second top-10 cut in a row so I’m pretty happy,” said Wedding. “I pretty much had a blast this week. I fished with three of the best (pros) you could fish with. It’s just an amazing feeling any time you make the cut. And to do it two times in a row is pretty amazing.”

Wedding said he targeted grass and wood “and any other cover I could see.”

“It was tough out there and every day I had to change things up,” said Wedding, who also netted a fourth-place finish in 2011 when the EverStart Series last visited the Potomac River “Today, everything I put in the box came on a spinnerbait.”

Dziwulski ends up in fourth place 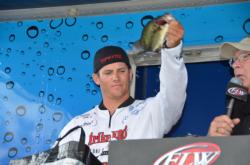 “It’s been a phenomenal week,” said Dziwulski, who landed the majority of his total 29-pound, 1-ounce catch with a combination of Strike King swim jigs and Senkos. “The fishing was different every day. But I love the Potomac River. I had a great time.”

Finishing in fifth place was Safulla Rana of Warrenton, Va. Rana parlayed a total catch of 28 pounds, 1 ounce into more than $2,700 in winnings. 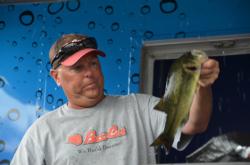