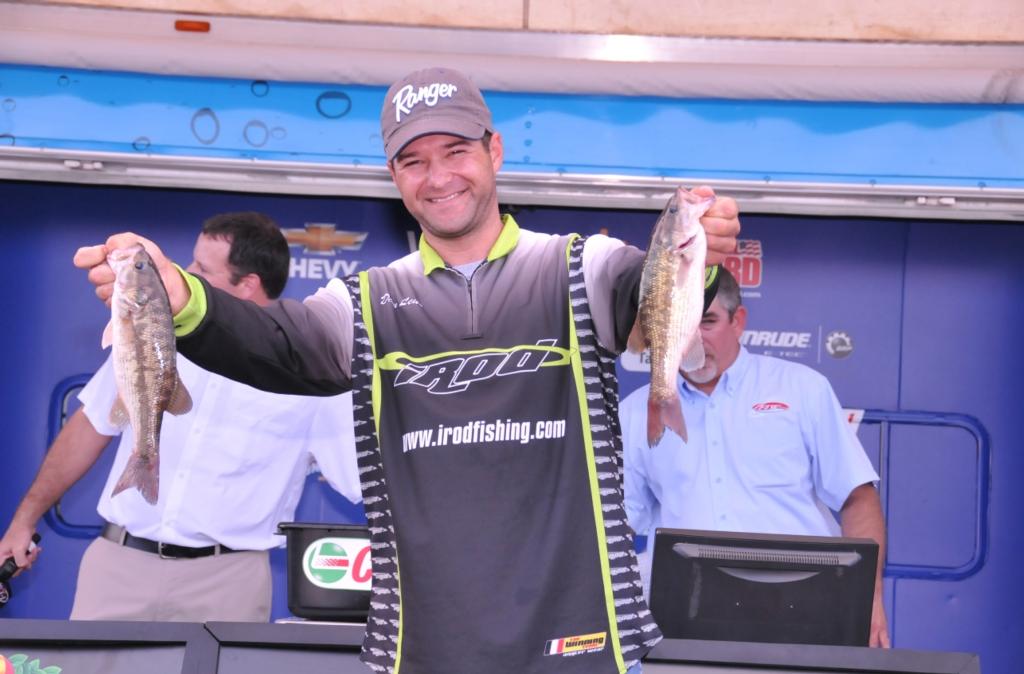 MONROE, La. – It’s been quite an EverStart season for Daniel Leue of Colusa, Calif. He started the season with four top-10’s in a row, won the Co-angler of the Year award in the Western Division and now ends the year with a win at the Everstart Championship on the Ouachita River. 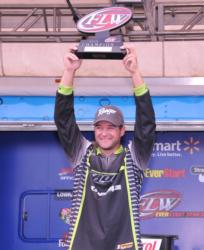 “I’m still shaking,” said Leue after the win. “I seriously can’t stop shaking! This is amazing. I have a long drive home to California maybe after a couple days of driving this will sink in.”

During the week, Leue fished with pros Buz Craft, Matt Stoupa and Larry Jones. All of his pros fished the main river and most of the week his primary bait was a square-bill crankbait.

“I used a 6th Sense square bill and a KVD 1.5,” Leue said. “The shad were everywhere on the surface and the fish were under them. I really just tried to cover as much water as possible. Sometimes I would get bit right on the bank and sometimes I’d get bit right at the boat over deep water. I never knew where my next bite was going to come from.”

For his victory Leue won a Ranger Z117 equipped with a 90 h.p. outboard and is now seriously considering a move to the pro side.

“It’s something I’ve been thinking about,” Leue said. “I’m going to wait until the last possible minute and then decide. But either way, I love traveling and fishing tournaments — this is so much fun.”

Today, while fishing with Stricklin, Brantley got a little “local help” from the Ouachita River.

Of course, Brantley did not consult anyone for his “local help,” as that is against the rules. Instead, what happened is quite unreal.

“My pro James got hung up in a wad of fishing line,” Brantley explained. “When he pulled all the line in it had a crankbait on the end of it. It was a square-bill – an RC 1.5, I think. I figured it must be a good local bait, so I cut off all the excess line, tied it on my rod and caught three keepers on it.”

Spinks only caught one bass on the final day, but it was the right size, weighing 4 pounds even and giving him a chance at the title.

During the week Spinks caught most of his bass, including the big one, on various colors of War Eagle spinnerbaits.

Rounding out the top-10 pros in the EverStart Championship on the Ouachita River: