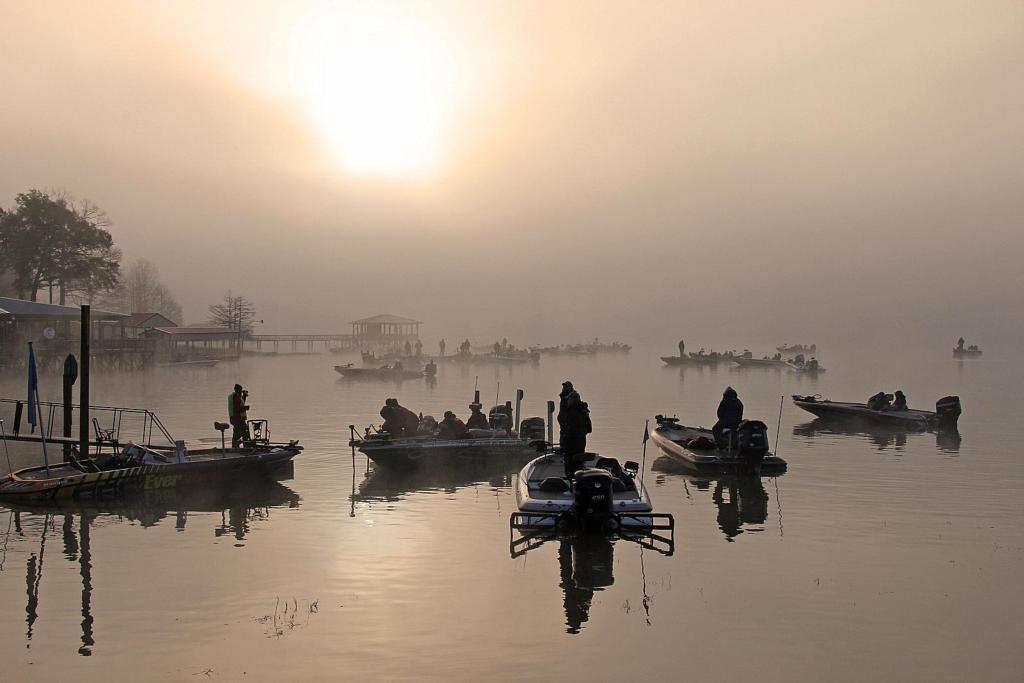 HEMPHILL, Texas – Seems like it’s usually the other way around, but the nice weather showed up just in time for the EverStart Texas Division tournament on Toledo Bend. Despite a 3-hour fog delay, anglers found the Sabine River Reservoir presenting clear, calm and sunny conditions – a much more inviting scene than the previous several days.

“It rained for seven straight days on and off and we had severe wind,” said Ranger pro and hometown angler Stephen Johnston. “At my house – not too far from where we’re taking off – it rained 2 1/2 inches in one hour. A lot of the creeks have muddied up, but we have so much hydrilla down here on the south end, it has cleared a lot of that up. But up on the north end, where there’s less grass, a 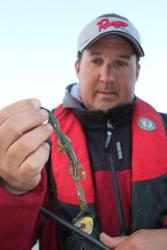 lot of fish were in sloughs, trying to spawn and it has washed a lot of that out.”

As Johnston noted, the heavy rains raised the lake level about a foot, but that’s from a recent drop of about three feet when water was pulled through the dam for power generation. Heading into Sunday’s quarter moon, this tournament won’t see much in the way of spawning activity, so a lot of fish will be staging in the lake’s many shallow, grass-lined drains leading into spawning areas, while those that have not yet pulled up, will give anglers an offshore option.

Keith Combs, who placed second at the Texas Division opener on Lake Amistad three weeks ago, has a two-part plan for Toledo Bend: “I have a deep-water deal that has some numbers on it. I don’t know how big they’ll be, but I know there’s some fish there. I’m going to milk that spot for all it’s worth with a Strike King 6XD and then I’ll be joining the rest of the crowd, running drains with a Strike King 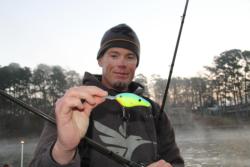 Redeye Shad. Hopefully, I’ll catch a big one that way. I haven’t caught a big one yet (in practice) – I caught some 3 1/2-pounders – but maybe today’s the day.”

David Parsons, of Yannis, Texas, also has hopes of leveraging deeper grass, where he found fish on points and drains in 8-17 feet during practice. Most of his spots are on the main lake and today’s light winds will make reaching and fishing these open waters much easier than during the rough conditions of practice.

Parsons built a homemade chatterbait and paired it with a Lake Fork Tackle swimbait trailer. The fish have been gobbling the chatterbait so he’s eager to get it in front of them of them in today’s warmer conditions.

“They’re eating it good, so I know it’s the right color and the right size,” Parsons said. 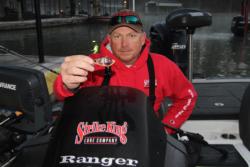 Redeye Shad and Strike King’s KVD 1.5 and 2.5 squarebill crankbaits. With an early flight, he’ll have to watch the clock and make the most of what will be a short window of opportunity. Takeoff saw frost on the docks and boat decks, but clear skies and plenty of sunshine will warm the lake with the day’s progression.

“I have an hour run each way to where I’m fishing (in the north end),” Marks said. “The bite is slow, even though the fish are good ones, so I need all the time I can get. The key deal is going to be later in the day. Every minute that goes by, the water will start warming back up and calming down. The best bite is going to be right at sunset so every minute we have before that is going to be critical.”

Toledo Bend has plenty of productive water, but it also has thousands of coots and migratory diving ducks, which gather in massive groups and really do a number on the hydrilla. Johnston explains: “The big wind and big waves (earlier in the week) ripped a lot of the hydrilla up and the coots and the ducks are pulling the grass up (to feed on the vegetation). In a lot of areas, it’s hard to fish – it’s hard to pull any bait through that loose grass.” 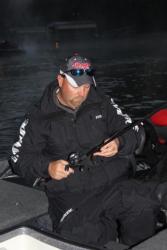 Anglers will take off from the Paradise Point Park, located at 648 Paradise Loop in Hemphill, Texas at 7:00 a.m. each morning. Weigh-in will be held at the park on Thursday, Friday and Saturday beginning at 3:00 p.m. Takeoffs and weigh-ins are free and open to the public.

The EverStart Series tournament on Toledo Bend Reservoir is being hosted by Sabine County. 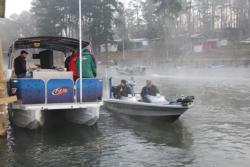