From tenth to the top for Taylor 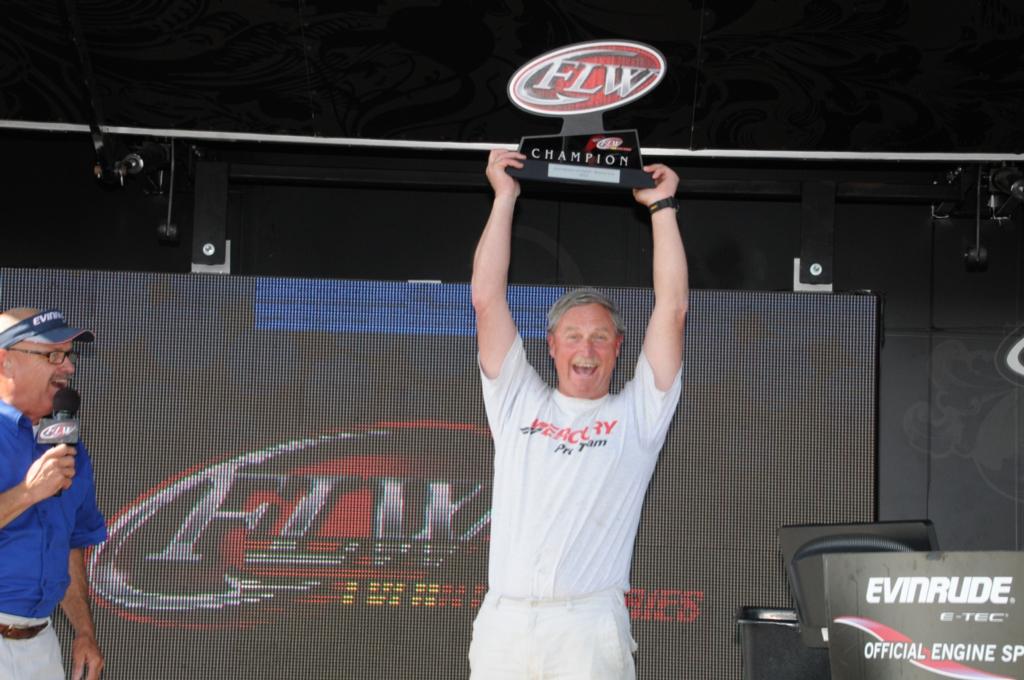 ROGERSVILLE, Ala. – With each pro that mounted the stage and failed to take the lead on the final day of the EverStart Series event, Rick Taylor of West Olive, Mich., would do a small victory spin in the Ranger hot seat.

Taylor, who entered the day in 10th, was the first weigh in – and weigh in he did, laying 21 pounds, 12 ounces in the scales to set the leader bar at 57 pounds, 9 ounces, giving him the first claim to the swiveling seat.

At first, Taylor had fun with it. Spinning around in the chair as each pro exited the stage. But as it got down to the final three pros, Taylor became a little more surprised at how fast he was climbing up through the standings. And when day-two leader Brian Merriman failed to knock him out of the swirling hot seat, the only thing left spinning was Taylor’s head as he tried to process that he had just won the tournament. 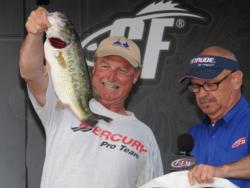 “This unbelievable!” Taylor said in shock. “I can’t believe that just happened. I just won this thing! From 10th to first! Unreal.”

“I’m from Michigan,” he continued. “I came down here for a fishing vacation, just to get away from the cold and get a break from work. I registered for all of these events this year, but was unable to get away all year to fish any of the others. Finally I got a break and decided to come down and fish this last one.”

“And I just won this thing!” he exclaimed again.

On day one, Taylor weighed in 20 pounds, 6 ounces to start the event tied for second. On day two a lighter limit of 15 pounds, 7 ounces sunk him to 10th and he made the top-10 cut by just a single ounce. Today he rallied back with his best catch of the week, leapfrogging 9 other pros for victory.

All week Taylor fished a single bay right off the main river in the Decatur area. The shallow pocket was lined with grass and bushes and according to Taylor, bass were flocking in there off the river by the droves to spawn.

“It was unbelievable how fast the fish were replenishing in there,” he said. “I would make a pass through there, catch a bunch of fish, fish through it again and catch more fish off the very same bushes or logs where I had just caught them an hour before. It was like as soon as I caught one, there was another one waiting in line to takes its place. Entire schools were moving in there to spawn. I’ve never seen anything like it.” 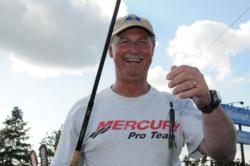 He described his productive area as being about 2 acres in size. He also said every fish had a bloody tail, a sure sign of spawning activity. His lighter limit on day two was due to high winds crashing into the bay, rendering it unfishable. But the blessing in disguise was the wind kept others from fishing the area as well.

“The first day, there were a lot of boats that made a pass through there,” Taylor explained. “And they caught fish, too. But on day two, you just could not fish it because of the wind. Today, the wind died, there were far fewer boats trying to fish in there and everything just got right.”

Taylor flipped the bushes with a Rite Bite tube (black neon) teamed with 5/16-ounce tungsten weight tied to 25-pound test Trilene monofilament. A lot of the bushes he targeted were extremely shallow, some with less than a foot of water on them.

He estimates that between he and his co-angler, nearly a 100 pounds of bass came from the magical bay over three days. 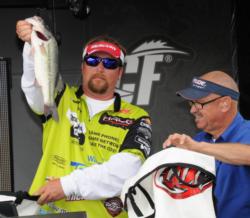 Kenney bounced back and forth between shallow spawning areas and deep post-spawn points during the week.

On day one he caught two of his weigh fish shallow and three out deep. On day two, his entire limit came shallow. Today, he caught a decent limit shallow and then went deep to make two nice culls.

His shallow area and deepwater spot were some 20 miles apart.

“The shallow stuff was spawning areas – bushes and grass,” Kenney said. “The fish were definitely still spawning. I caught them flipping a Senko, flipping a tube and working a Kopper’s Live Target frog over grass. Today I caught some on a BassTrix swimbait. I think there was a little bit of a shad spawn starting to happen in there as well, and they would clobber that swimbait.”

As for the deep areas, Kenney relied on a Strike King 6XD.

“The deep places were classic post-spawn points down the lake,” he said. “Today I made the right call. I got a decent limit early up shallow and felt like the best way to cull up was to go deep. So I ran down to the cranking spots and culled a couple of times on the cranking plug.” 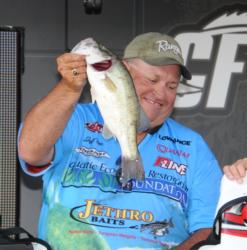 Fitts spent the week fishing shallow in one little pocket for bass that were spawning around bushes and shallow grass.

“When it was calm and sunny, I’d flip the jig to bushes for bass that were spawning at the bases,” Fitts said. “When it would get cloudy and windy, I’d switch to the Willie Toad and they would annihilate that thing.” 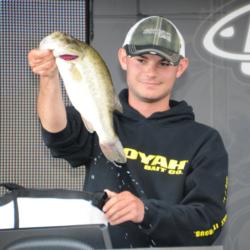 Lee focused his efforts shallow as well in the Decatur Flats area, targeting fish that were moving up out of the river to spawn.

He pitched and flipped a Yum Mighty Bug and Craw Papi on a 3/8-ounce weight and also caught a few fish on a Booyah Boogie bladed swimjig.

“I’d flip the Mighty Bug in bushes,” Lee said. “Then I used the Craw Papi on undercut banks just off the river. Anytime I got around grass I’d throw the Boogie bait. I mostly rotated through those three lures, depending on the cover.”

Koby Kreiger of Okeechobee, Fla., rounded out the top five with a three-day total of 54 pounds, 5 ounces worth $5,792.

When the calendar turns to May, you can bet Kreiger has Pop-R P-70 glued in his hands and that’s what much of his catch came on during the week. 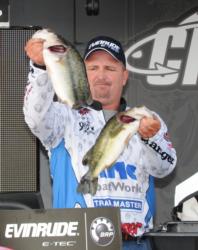 The Pop-R was in a baby bass color and tied to 20-pound test McCoy monofilament line.

“I was targeting green bushes or laydowns,” Kreiger said. “Really anything that most guys would flip a tube or jig to, except I like to slide the old P-70 in there and pop it around until the fish can’t stand it.”

Rounding out the top-10 pros in the EverStart Series event on Wheeler Lake: