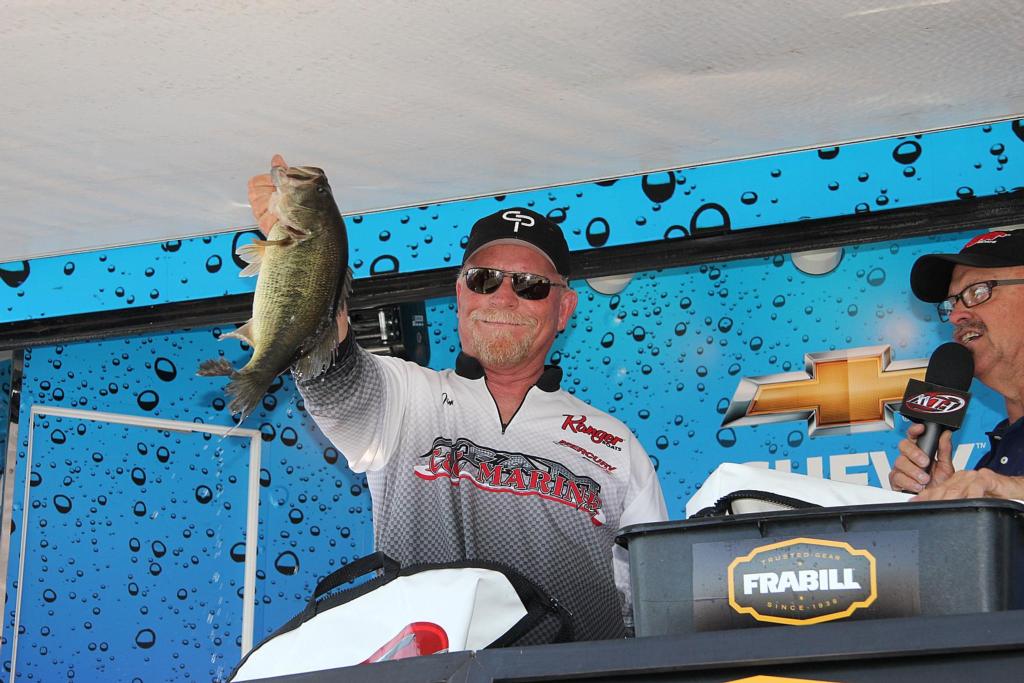 OAKLEY, Calif. – The sprawling California Delta is certainly an eyeful, but there’s also more than meets the eye. That truth proved essential for Jim Moulton, of Merced, Calif., who won the FLW EverStart Series Western Division event in this tidal wonderland.

As Moulton explained, the shallows of many Delta shorelines extend considerable distances from the bank. This creates a broad range of fishable water that’s often overlooked. Moulton made it his strategy to take advantage of this untouched water and the plan paid off with a 3-day winning total of 59 pounds, 13 ounces.

“The whole tournament, I was watching everybody and they were cruising down the bank and doing 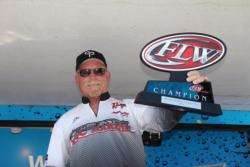 the exact same thing – they were flipping, pitching, throwing chatterbaits, spinnerbaits. I decided these fish are getting (beaten up) and I noticed nobody was fishing off the bank.

“A lot of the banks go out 25-30 feet with the same depth and they’re just loaded with grass. Everybody’s just driving through that grass and I just backed off and targeted the channels in the grass that all the guys were driving over.”

Moulton fished these areas primarily with a brown/orange Revenge chatterbait fitted with a Reaction Innovations Sweet Beaver in Big Texan color. This bait he fished aggressively through the grass to trigger reaction bites. 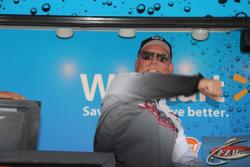 In channel bends or oxbows, Moulton threw a 1-ounce Blade Runner Swim Spin with a BassMagic swimbait trailer. Slow rolling the bait through these areas of concentrated potential proved effective.

“I don’t go big on the (swimbait),” Moulton said. “A lot of guys are throwing great big baits, but sometimes I think they get too big. Yesterday, one of my 7-pounders came off that bait and another about 6, so that bait was critical on helping me get here.”

After placing 19th on day one with 19-4, Moulton made a big move into second place a day later with the tournament’s second-heaviest bag – 26-2. Today, he faced his toughest day, but he was elated to find that his day-three limit of 14-7 was enough to clinch the victory by a margin of 2-11. 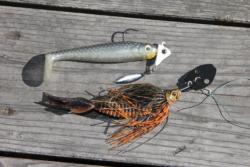 skies and dim, drizzly weather of a mild cold front, while day two saw the high, bright skies and strong winds typical of a front’s backside. Day three was also clear and bright, but the wind was lighter than the 20-mph bluster of day two.

Tides are always important on the delta, as the daily rise and fall positions fish and forage. Day one started with an incoming tide that peaked late morning and the rest of the fishing day saw outgoing to low water. Tide cycles advance about an hour each day, so the outgoing cycle that many anglers – including Moulton – preferred offered a narrowing window of opportunity.

“My bite was really challenging, because it came on at the end of the day,” he said. “I would sit in my boat with two or three fish with a rock in my stomach eating me up, just knowing that I need the tide, I need the wind for that afternoon bite. And every day it came through. Today, I really thought I had thrown it. I came in with 14 pounds and I didn’t think I had much over 10. I didn’t get the big bites today, but I got the right bites.” 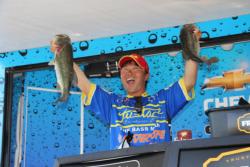 The language barrier was obvious, but Japanese pro Toshitada Suzuki easily won over the crowd with big smiles, huge enthusiasm and his impressive course of advancement. Suzuki placed 18th on day one after weighing in 19-8, but with a big day-two bag of 21-15, he shot up the leaderboard like Godzilla rising out of Tokyo Harbor. Starting the final round in fourth place, he added 15-11 and finished second with 57-2.

Making his first EverStart pro appearance, Suzuki said he targeted areas with a mix of tules and hydrilla. Spots with strong current flow were particularly productive, he said. A Lucky Craft salesman in his homeland, Suzuki travels to the U.S. for tournament competition, but diligently prepares for competition prior to his arrival.

“I studied a map of the Delta from Japan and every night I watched videos of (local) fishing,” Suzuki said. “I fished mostly Lucky Craft BDS 3 crankbaits (when the tide was high) and chatterbaits (during the outgoing tide).”

Benjamin Byrd, of Moab, Utah started off strong, dipped a little and ended with a solid effort that 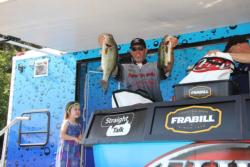 With the Delta’s bass in a mixed state of prespawn through postspawn, Byrd said he found fish in various scenarios but never established any true consistency. Nevertheless, he said he was happy to find them however he could.

“It was so random for me,” Byrd said. “I’d find them and think I had them figured out pretty good and then I’d catch one where they shouldn’t have been. This place is awesome. I love it here.” 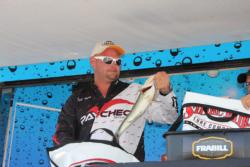 Day-two leader Stephen “Bub” Tosh experienced a heartbreaking mechanical issue that prevented him from reaching the fertile grass beds where he left the fish biting a day prior. After the second day’s weigh-ins, Tosh noted that he spotted two fish over 7 pounds in one of the submerged grass mats he had fished that day. Unfortunately, he broke down well before reaching that spot and had to limp back to Frank’s Tract and fish close to the check-in spot.

The slow trip back took about three hours, so Tosh’s severely shortened day yielded just four fish four 7 pounds, 9 ounces. Days one and two yielded 25-4 and 23-0 for the accomplished Delta veteran from Turlock, Calif., who finished fourth with 55-13. 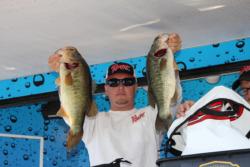 Estimating a total tournament productivity of 70-80 keepers, Howe said he caught his fish on a chatterbait, Roboworm and an umbrella rig.

“I just kinda junk fished; I fished the conditions,” he said. “Whatever the day presented, I’d fish it.”