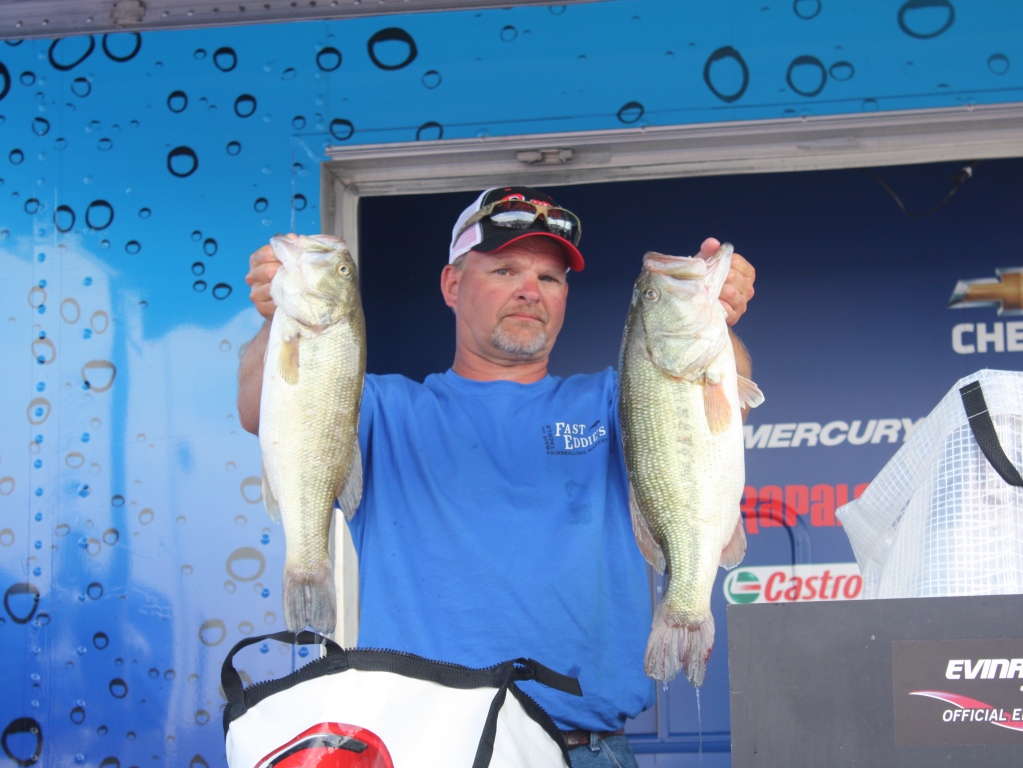 BENTON, Ky. – After jumping from 30th to first yesterday, Steve Ralls of Buncombe, Ill., caught a whopping 20 pounds, 4 ounces from the back of Curt McGuire’s boat today to retain his status as the No. 1 co-angler at the EverStart Series Central Division event on Kentucky Lake.

That catch brought his three-day total to 54 pounds, 10 ounces, providing a margin of victory of nearly 8 pounds and earning Ralls a Ranger Z117 for the win. 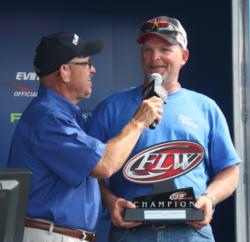 “I owe most of it to Curt McGuire,” Ralls said of his day-three partner, who emerged victorious on the pro side. “I was worried this morning, and he said, `Don’t worry; I’ve got five or six more spots.'”

Ralls needn’t have worried. He is the latest beneficiary of a string of Curt McGuire co-anglers who have either won or at the very least made the tournament cut.

“Curt was on about 20 schools of fish,” Ralls said. “He had three or four that he hadn’t fished yet. He caught him about 20 pounds and pulled me up on one and turned me loose. In about 30 minutes, I had 20 pounds.”

Ralls estimates that McGuire caught 75 bass today while he caught about 45. They were ledge fishing, with Ralls using a Bomber crankbait as well as a handful of jigs he doesn’t even know the name of that were given to him last night by some employees of Fast Eddie’s tackle store in nearby Fairdealing.

“I went in to Fast Eddie’s last night and told them I needed a Laundromat,” he said. “They gave me this shirt and some lures.”

Ralls fished those lures all over Tennessee today and has them – and Fast Eddie’s – to thank for his good fortune.

“We fished from Blood River to New Johnsonville and hit spots along the way – most of them twice,” he said.

This is his first top-10 finish and his first FLW Outdoors victory.

Brown moves from ninth to second 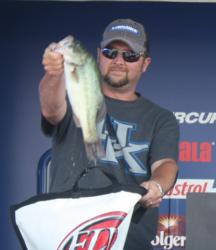 Making the cut in the next-to-last spot, Michael Brown of Mayfield, Ky., moved up the leaderboard to finish the tournament in second with a three-day total of 46 pounds, 13 ounces. Brown improved his weight every day of the tournament and improved his standings accordingly. On day one, he caught 14-9, good for 13th place, and followed that up on day two with 15-6 to land in ninth. He caught 16-14 today to earn $5,000 as the No. 2 co-angler.

“It’s warm out, but the fishing was hot,” Brown said. “I had a limit early in the morning, and in the late afternoon I started culling. Whenever they would bite the 10XD, they would just smoke it.”

Brown’s partner, Jason Lambert, started catching bass this morning on a swimbait, while Brown wasn’t having as much luck on the crankbait. So he caught a limit on the swimbait, only to switch to the Strike King 10XD crankbait later in the day.

“I culled out every fish except for one,” he said of his late-afternoon catching spree. “I caught 10 keepers in the last 30 minutes.”

Yesterday’s No. 3 co-angler stayed right where he was, as Donald Sibley of Strasburg, Ohio, brought in a five-bass limit worth 14 pounds, 1 ounce today to maintain his position in third. His three-day total of 46 pounds, 10 ounces earned him $4,000.

He caught his bass on a jig, a shaky-head worm and a swimbait. He fished ledges with all three of his pro partners.

Tennell, Jackson round out top five 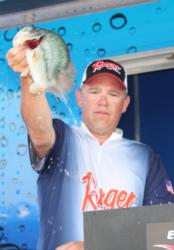 “I caught a lot of fish and had three good guides,” he said. “I couldn’t ask for anything better. In three days I probably caught a hundred keepers.”

Tennell caught his bass on a 10-inch worm and a swimbait.

Behind him in fifth is Ben Jackson of Paducah, Ky., with 45-2 over three days. Jackson finished sixth in this event last year.

“I had a phenomenal week,” he said. “Sam Morrow put me on them today, and I wouldn’t have a limit if not for him.”

Jackson is a Kentucky Lake regular who occasionally competes on the boater side. That didn’t give him any sense of entitlement from the back of the boat, though.

“I know a lot of places, but everybody I drew was on five or six schools of big fish, so there was no point in telling them where to go,” he said, adding he caught his bass today on “a big ol’ spoon.” 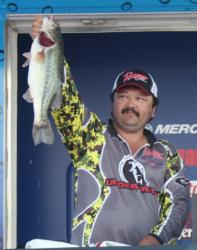 Rounding out the top 10 co-anglers on Kentucky Lake: