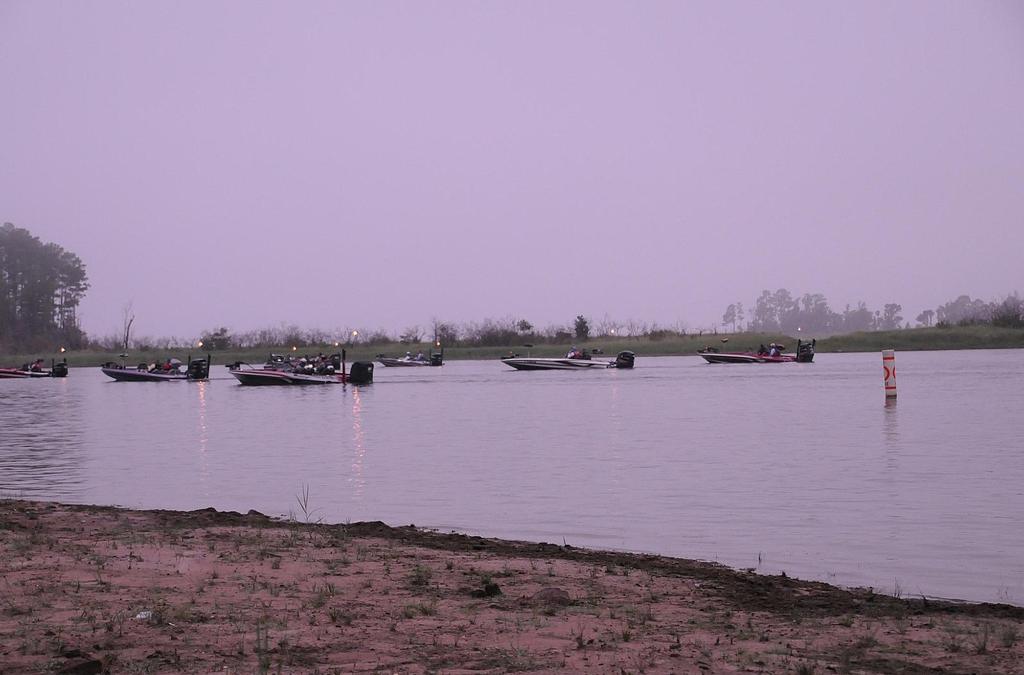 JASPER, Texas – While autumn has graced some parts of the United States with cooler temperatures and changing leaves, Sam Rayburn Reservoir in Texas has barely seen a breath of fall.

At the EverStart Series pre-tournament meeting at the Umphrey Family Pavilion on Wednesday afternoon, the high reached 87 degrees and the humidity still hovered around the 85-percent mark.

At about this same time last October, Marks won the FLW Tour event here on Rayburn in a dominating fashion, bringing in a massive bag of bass on the final day weighing 32 pounds, 12 ounces to win that four-day event with 82 pounds even.

“Last year we were already wearing sweatshirts in the mornings,” Marks continued. “Several fronts had passed through and the fish were already doing the fall thing – bunching up and eating shad that were starting to migrate. The fall frenzy had begun. This year we just have not had as much cool weather yet and the lake is low. We’ve had one little front, but these fish are still in summer mode.” 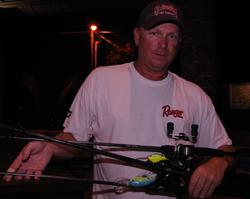 And so are the anglers, as many of them started a muggy day one this morning in shorts and short-sleeves.

“We’re still going to see some good weights this week, though,” Marks added. “The lower water level will help pile the fish up in certain areas.”

Anglers have also noted there is more grass this year, especially in the upper end of the lake and shallow-water grass patterns have been strong. Last year Marks won the FLW Tour event out deep. He sampled his big fish honey hole several weeks ago before the two-day BFL held here two weeks ago, but opted to fish grass during the BFL event instead and finished second.

“I wanted to stay off the good deep stuff and save it for this event,” Marks said. “So I fished grass and did pretty well. The problem with the grass is that I’m not sure you can count on it for three days in a row. Grass can be great one day, but will leave you high and dry the next day. That’s what happened at the BFL a couple weeks ago: I caught 22 pounds from it the first day, but it was not near as good the second day.”

Marks said his plan this week is to fish the grass for the low-hanging fruit today and then go to the deeper stuff later in the week when the next front arrives.

“The weather really gets those deep fish going,” Marks said. “That was the difference maker last year. That front blew in on the final day and the big ones really went to biting. Timing the weather window with the deep fish is critical here.” 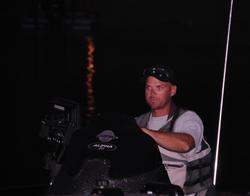 Texas Division standout Todd Castledine agrees with Marks’ assessment of the weather. Castledine won the two-day BFL event on Rayburn two weeks ago with a two-day total of 41 pounds, 5 ounces.

“This time of year, fronts are like the dinner bell,” Castledine said. “When a front blows through, they bite like crazy for a day or two. Then, as it warms back up and gets stagnant again, they kind of shut down. We had a little front here at the beginning of the week and they were biting, but now its gotten stale and summer like again. We’re supposed to get some more weather through here Saturday which should improve things.”

Texas Division points leader Stephen Johnston is looking to sew up a 2014 Forrest Wood Cup Berth with a strong finish at Rayburn this week. Johnston currently has an 18-point lead in the Texas Division so a good finish here would send him to Lake Murray in 2014.

Johnston says he hope to stake his claim in Rayburn’s new grass growth.

“There is a lot more grass in Rayburn now,” Johnston said. “It’s matted out to 8 feet in places so I’ll probably focus on it the most – maybe 80 percent grass fishing and 20 percent fishing out deep. If I 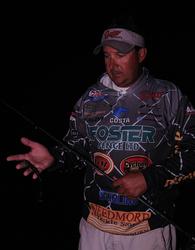 catch 15 pounds from the grass, then I’ll consider making a move out deep. But for me, that grass bite is the safest play before gambling big out deep.”

Anglers will take off from The Umphrey Family Pavilion located at 5438 Recreation Road 255 W. in Jasper at 7 a.m. each day. Weigh-in will be held at the takeoff location on Thursday and Friday beginning at 3 p.m. Saturday’s final weigh-in will be held at Walmart located at 800 W. Gibson St. in Jasper beginning at 4 p.m. Takeoffs and weigh-ins are free and open to the public.