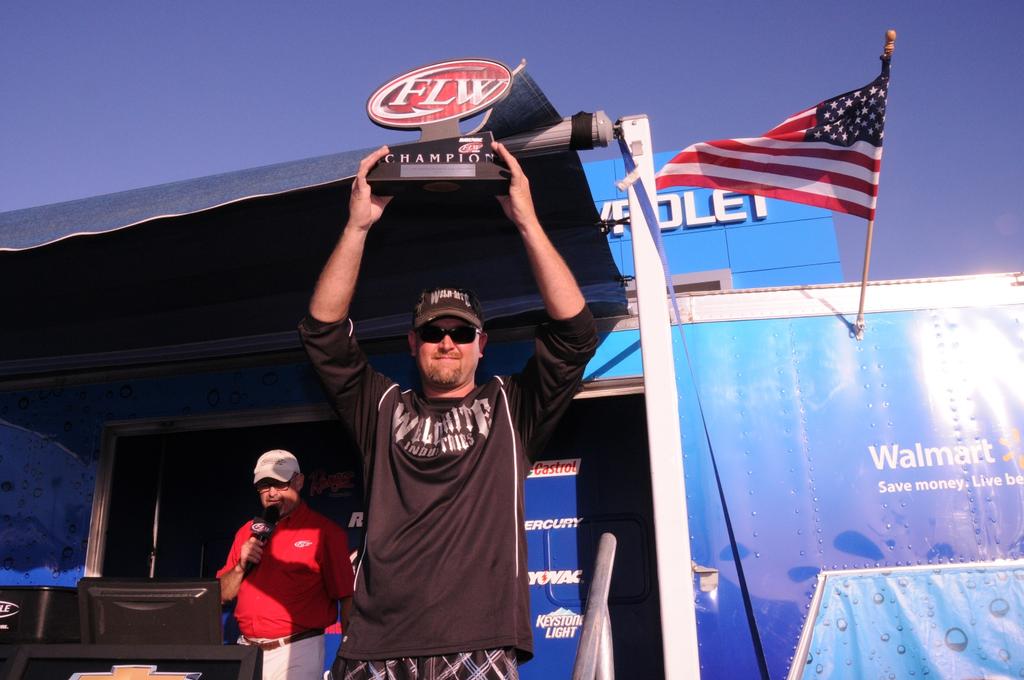 OKEECHOBEE, Fla. – For the last two years, Rex Jaeger of Hamilton, Ohio has been plugging away in Rayovac FLW Series events hoping to make a top 10.

Friday afternoon he scored his first Rayovac Top 10 and by Saturday afternoon he found even more to celebrate about as he emerged victorious with a three-day total of 31 pounds, 7 ounces to collect a brand new Ranger Z117 with a 90 HP outboard. 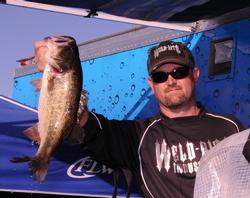 “This is awesome,” Jaeger said. “This is my third year fishing these. This is my first top 10 and I ended up winning it – I couldn’t be happier. I’m from Ohio so I’m used to 6-pound test and smallmouth. Ripping these big fish out of these thick weeds with big braided line is new to me, but I sure do like it.”

Jaeger’s journey to victory lane included a stop at the 17th spot on day one with 10 pounds, 3 ounces, a stop at 4th place with 13 pounds, 6 ounces and today he sealed the deal with a limit weighing 7 pounds, 14 ounces.

All week he used one bait: a Jann’s Netcraft Salty Trick Stick on 30-pound braid to do his damage.

“I really have to thank Jann’s Netcraft for getting these baits to me in time so I had plenty for today, they are great,” said Jaeger who owns Weld-Rite Industries in Ohio. “Also, I have to give a shout out to Gary and the guys at Dixie Marine, they made it possible for me to be here.” 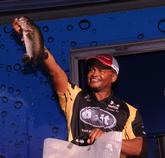 “When fishing with these pros, I also recommend tucking a notepad and pen in your tackle bag somewhere,” Green laughed. “Because the amount you learn from these guys is incredible. They are great people and they are willing to teach. Each day with them is an education.”

Richardson is a former co-angler winner on the Rayovac Series, taking the title in 2011.

During the week Richardson relied on a Big Bite Baits Cane Thumper, a Mag Speed Worm (red bug) and a Zoom Fluke (watermelon).

Fox, Lewis round out top five

Fox’s success for the week came on a Gambler Big EZ (copperfield) and a Chatterbait (white) both fished on Vicious 65-pound test braid on Duckett White Ice rods.

Captain Don Lewis of Jacksonville, Fla., rounds out the top five co-anglers with a three-day total of 27 pounds, 13 ounces. Lewis relied on a Big EZ and a Salty Sling for his catches on the week. 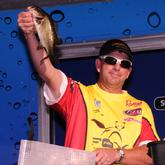 Rounding out the top-10 Co-anglers in the Rayovac FLW Series event on Okeechobee: