Winter will not wane 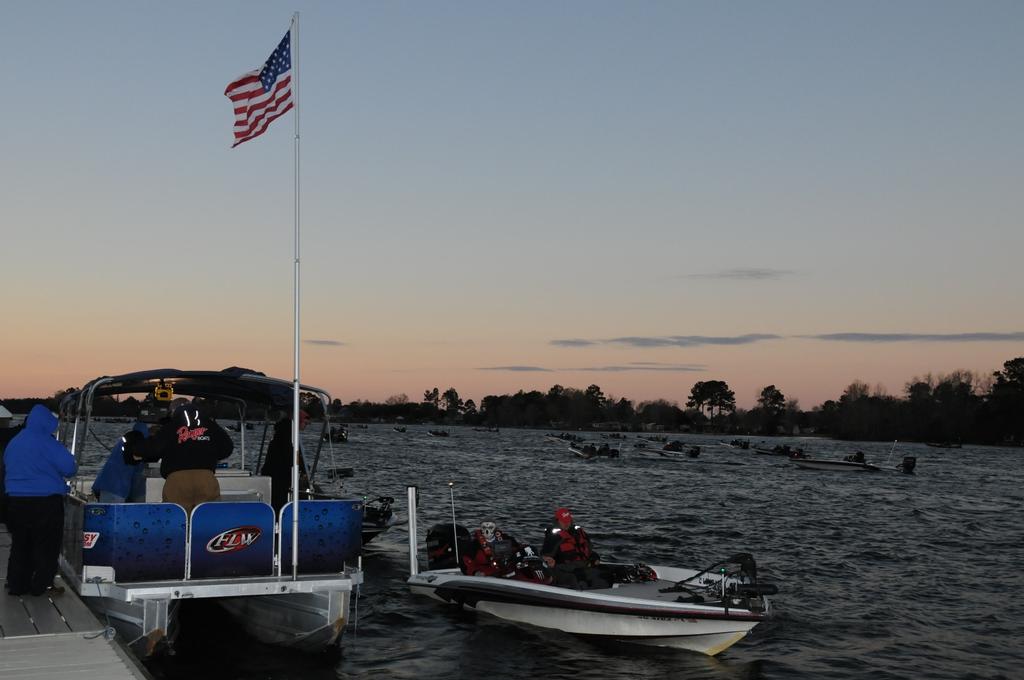 MANNING, SC – So far, the spring of 2014 has been about the winter that will not go away. Just when it looks like the sun is going to shine and the waters are going to warm, Old Man Winter gathers a deep breath and blows another frigid blast across the country.

The Rayovac FLW Series event on Santee Cooper this week is no exception. During the practice period a pleasant warming trend set in for three days. Daytime temperatures kissed the 80-degree mark and water temperatures spiked into the mid 60’s. But overnight, another mean front passed through the area, dropping water temperatures back into the upper 50’s and leaving behind wicked northwest winds to 20 mph.

On the surface, it’s the type of cold front that presses the pause button on a lake’s spawning cycle. But with a calendar that reads March 13th and a moon waxing to full on Sunday, Santee Cooper bass have a biological clock that simply will not wait any longer. It’s a good bet that even with the cold, windy conditions, big bass are still going to push the play button and move into the spawning areas they want to be in. 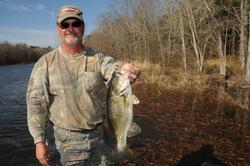 Rayovac FLW Series Southeast Division stalwart Kent Ware says bites are fewer and farther between than a normal Santee Cooper spring, but the ones that are biting are the right size.

“The lake is off a bit,” Ware said. “The weather has played a big role in that. The lower lake has not been living up to its normal standards of a typical Santee Cooper springtime spawn. The water is really low down there and there is not much grass. Because of the wind and colder water, I’m betting a lot of guys will stay in the upper lake.”

Ware says he has seen some beds, but the fish have been reluctant to totally commit and lock on to full on spawning mode.

During practice, on a much warmer and pleasant Tuesday afternoon, Ware was finding some success by fishing up shallow around beds, but not fishing the beds themselves.

“It’s obvious they want to get up there and lay eggs as soon as possible,” he added. “I think they are as weary of this cold weather as we are.”

Drew Benton, the 2013 FLW Tour Rookie of the year said the number of big fish up cruising around is frightening. 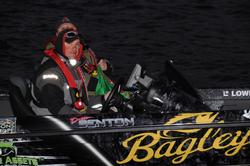 “I found a couple of places where big ones are swimming everywhere,” Benton said. “They don’t really have beds made out yet, but I can tell that’s what they are there to do. I’m not sure how cooperative they’re going to be this morning. I don’t think they will totally retreat back out to deep water, but I’m not sure if they’re exactly going to lay eggs with this kind of weather. We will know here in a little while I guess.”

Benton has also found bites to be scarce, but big.

“When I’m finally able to catch one, it’s a good one,” he added. “Quantity may be a problem, but quality is not going to be the issue here this week.”

Anglers will take off from John C. Land III Landing located at CR 514-260 (Log Jam/Greenall Road) in Summerton, S.C., at 7:30 a.m. each day. Weigh-in will be held at the takeoff location on Thursday and Friday beginning at 3:30 p.m. Saturday’s final weigh-in will be held at Walmart located at 2010 Paxville Highway in Manning, S.C., beginning at 4 p.m. Takeoffs and weigh-ins are free and open to the public. 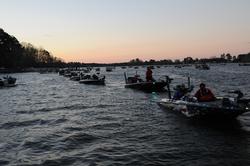