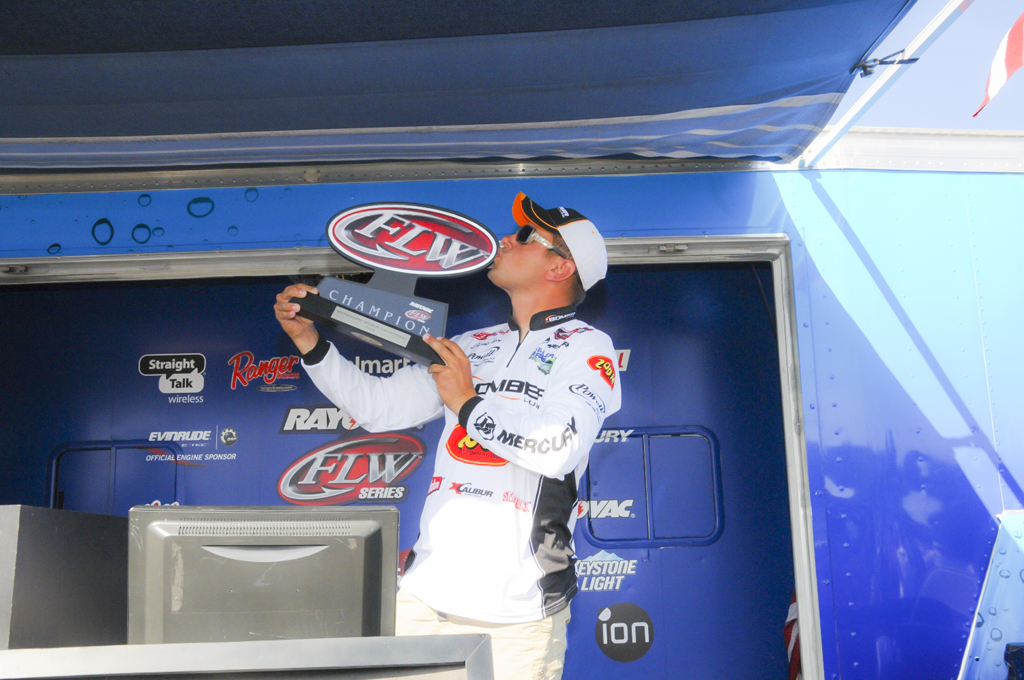 GUNTERSVILLE, Ala. – When Jonathan Henry of Grant. Ala., began day three of the Rayovac FLW Series event presented by Mercury on Lake Guntersville, he sat in 9th place, nearly three pounds off the lead.

When he looked around at the other nine boats around him, he saw some major obstacles between him and the winner’s circle, namely pros like Mark Rose and Bryan Thrift. Yet, he felt a great deal of comfort because what he did not see was five or six other local pros in the top 10.

Knowing he was not going to have to share some of the lake’s most well-known community holes with a handful of other locals gave him a huge boost of confidence.

Eight hours later, Henry returned to weigh-in with the biggest bag of bass of the week – 30 pounds, 14 ounces – to span over the field into the winner’s circle by a scant 15 ounces and win the Rayovac event with a three-day total of 77 pounds, 8 ounces.

“I had kind of a rough start to this tournament with only 22 pounds the first day and that put me in a hole I had to climb out of,” Henry said. “But when I realized I was the last local standing this morning, I felt a calm come over me. I had plans to fish some community causeways first thing and when I realized there wasn’t going to be a boat race to them between me and five other locals, I was just relieved.” 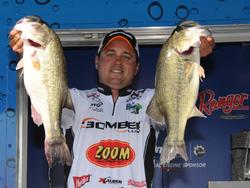 By 8:30 a.m. Henry had the winning weight in his livewell.

It may or may not surprise many to find out that Henry caught more than half of his bass this week off of the most battered and beaten community holes on Lake Guntersville, namely some of the major bridges and causeways and their associated rip rap linings.

Most of his damage was done on a 6-inch Scottsboro Tackle Company Fringe swimbait in a color called “shad # 1” tied to 20-pound test Gamma fluorocarbon line.

As a fulltime guide on Guntersville with BassWacker Guide Service, Henry’s understanding of the big schools of bass that live on Guntersville’s most obvious community holes is far beyond the norm.

“The fish on those bridge spans are fished for everyday, all day,” Henry said. “They are the smartest fish in the lake. But I have spent hundreds of hours learning how they position and reposition with changes in current, sunlight, wind, time of day and amount of fishing pressure.”

“Depending on how they are set up, the first cast is the most critical – everything has to be perfect on that first cast – the angle, the depth control, the speed of the retrieve,” he revealed. “If they detect something is not right or if they detect they are being fished for they won’t bite and it’s over. It’s almost more about hunting than fishing. If you can sneak up on them and get them to bite on the first cast and get them fired up – it’s provokes a feeding frenzy of big bass like you have never seen, and that’s what happened this morning.” 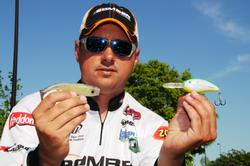 Earlier in the week, Henry did pick a couple of fish off beds with a Zoom Z-Hog and a few off some of his more private “one-fish spots” with a Bomber BD-7 crankbait in citrus shad. As he moved around the lake he constantly monitored the fishing pressure on the bridges. When he saw a rare vacancy, he slipped in and bagged a couple on the swimbait before he could be detected.

“It was really a waiting game all week,” Henry said. “I didn’t want to fish places that already had boats on them and I didn’t want to be seen on some of those places so I had to play cat and mouse a little bit. But this morning I knew, based on who was left in the field, I was going to get the prime real estate at the right time and that’s what really excited me.” 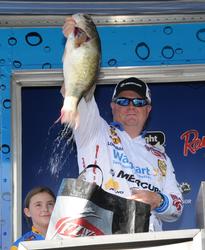 Rose, too, saved his best effort for last – a 28-pound, 10-ounce charge that left him 15 ounces short of victory.

All week Rose kept betting that his deep-water wheelhouse would come into full bloom by the end of week with warming temperatures, and it did today.

The first two days he could only catch two quality fish out deep and had to resort to a 6-foot grass line to fill out his limits.

“I tried to follow them out from the spawning flats, to the shallower transition breaks to the deeper primary channels,” Rose said. “I knew if it would warm up and the water temperature would hit 70, they would finally start funneling to that deeper 15-foot stuff. We had a warm night last night and it was warm and still today and they finally showed up out there on a deep creek channel ledge I had been checking all week and I was able to work on them pretty good.”

Up in the shallower 6-foot grass lines, Rose opted for a swim jig. 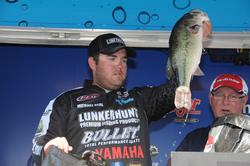 For most of the week Neal fished subtle drops off a large spawning flat in a primary creek. He kept his boat in 9 to 10 feet of water and cast up into 5 to 8 feet trying to contact isolated grass clumps and wood.

His go to bait was a Lunkerhunt Swim Bento swimbait (sassy shad) rigged on a 5/8-ounce Pulse jighead tied to 20-pound test Sunline.

“I was fishing a long stretch – maybe 500 yards or so,” Neal said. “Every hour or so I’d get into a flurry and catch 10 or 15 pretty quick and then I’d keep moving along until I hit another flurry.” 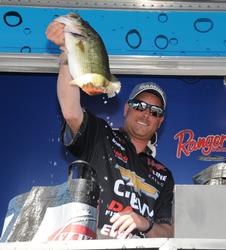 “I knew it would be won out deep,” Thrift said. “I spent all practice looking out there but never found that magic place I was looking for so I had to go to the bank and hunt and peck around on some sight-fish. I weighed in several 3-pounders this week and you just can’t win a tournament on Lake Guntersville when you have 3-pounders in your bag.”

Robert Boyd of Russellville, Ala., rounded out the top-five with a three-day total of 69 pounds, 9 ounces worth $9,000.

Boyd was hampered a bit after having gall bladder surgery a week ago, but that didn’t stop him from sacking up 20-pound plus limits all week. 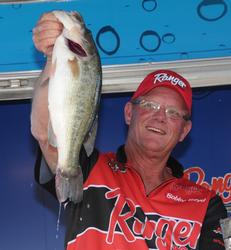 “I am in still in quite a bit of pain, but I kept chucking my swimbaits and jigs out there on some of my old fishing holes,” Boyd said. “Whenever I caught a nice one it made me feel a little better – for a minute anyway.”

Rounding out the top-10 pros in the Rayovac FLW Series event on Lake Guntersville: