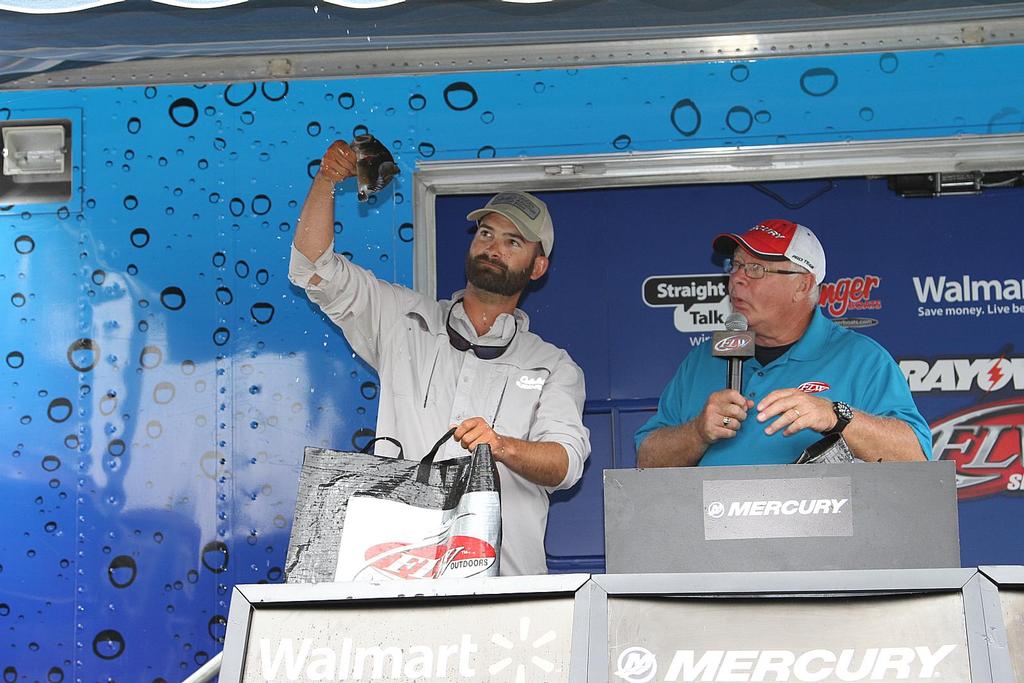 RICHMOND, Va. – Coming to the scales with only two bass on the final day of the Rayovac FLW Series Northern Division event on the James River had Michael Crocker a little nervous, but strong performances the first two days enabled the Maryland co-angler to complete the wire-to-wire victory.

In the opening round, Crocker caught 12-12 and took the lead by 1 ½ pounds. The next 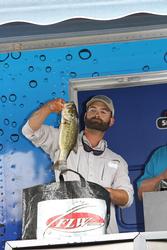 day, he widened that margin to 4-1 after catching 11-2. Crocker’s day-two limit included a 5-5 that earned Big Bass honors.

In the final round, his pair of keepers added 3-8 and Crocker coasted across the finish line with a pound to spare at 27-6.

“It was tough today, but it was a whole lot of fun,” Crocker said. “Today, you had to catch your fish early and I got one. Luckily, later on, I switched up and went finesse and got that little tiny (bass) that put me over the top.”

Throughout the event, Crocker relied heavily on an old-school James River tactic of flipping and pitching a Texas-rigged Zoom Dead Ringer worm. He fished the 4-inch worm around cypress trees on days one and two. Paired with eventual pro winner Bryan Schmitt in the final round, Crocker fished the Dead Ringer and a Senko in grass.

“I felt comfortable going into today, but it was a nail-biter after basically all of our fish came the first hour of the day,” Crocker said. “But I spent a lot of time on this river practicing for this event since the middle of December. I was out here in January and February freezing my tail off in a kayak getting ready for this thing.

“I put in my hard work and I guess it paid off today.” 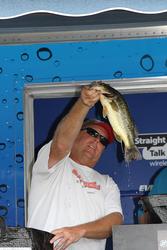 David Williams, of Fredericksburg, Va. gained three spots in the standings by catching 9-7 in the final round and ending with 26-6. Williams placed fourth on day one and fifth on day two.

The first two days, Williams caught his fish on a slider head jig with a purple trick worm. Working this rig slowly along grass edges was most productive.

On day three, Williams caught two of his keeper fish on a topwater frog, one on a Rebel Pop-R and two more on the shaky head.

Derek Brown, of Charlottesville, Va. saved his best effort for the final day and it paid off 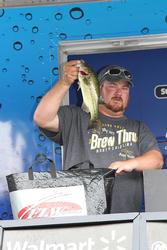 with a big improvement. Coming into the day in seventh place, Brown sacked up a limit catch of 9-15 and moved up to a third-place finish with 26-5.

Brown caught his fish on a mix of Senkos and trick worms. The first two days, he fished his worms with nail weights, but in the final round, he went with a shaky head presentation.

Finishing fourth, Manuel Cruz, of Clifton, N.J., had 25-10, while Lenny Baird, of Stafford, 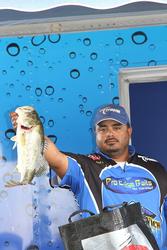