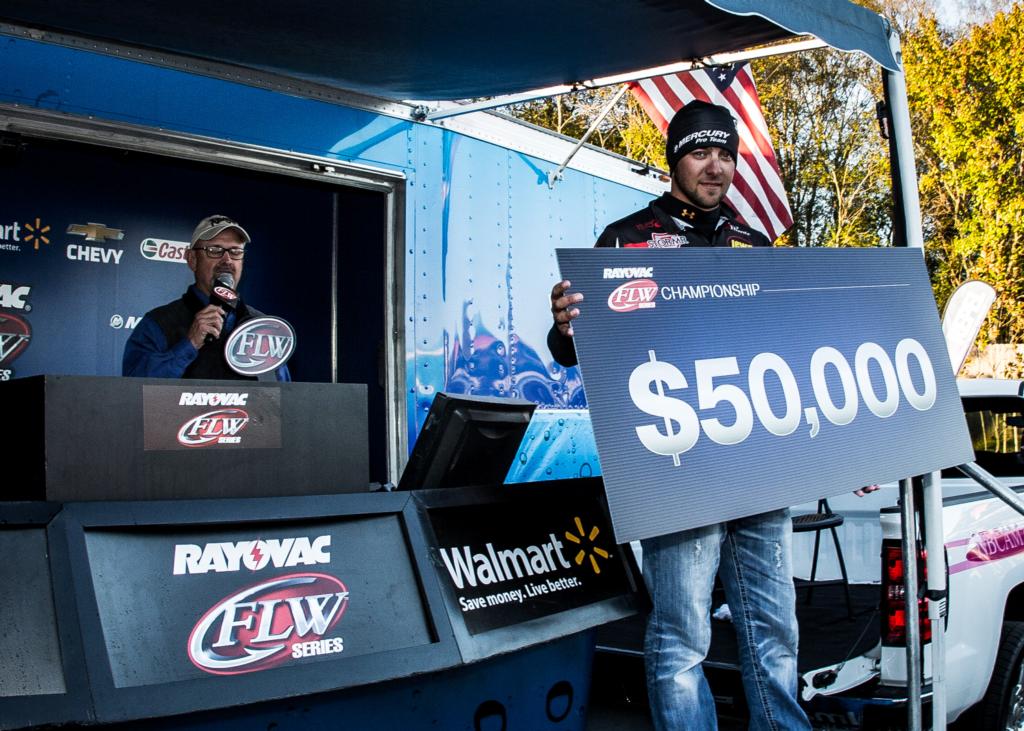 ROGERSVILLE, Ala. – Before the week began Zack Birge of Blanchard, Okla., couldn’t have imaged the way things would ultimately play out for him. At just 23 years old, Birge was able to climb his way to the top of the standings in the Rayovac FLW Series Championship here on Wheeler Lake against some of the biggest names in tournament fishing. His catch of 47 pounds over the three days of competition was enough to secure him the title by 7 pounds and give him a $50,000 payday as well as a berth in the 2015 Forrest Wood Cup.

The story during practice for the pros competing in the championship was how difficult things were on Wheeler. And for Birge, the script was much the same. 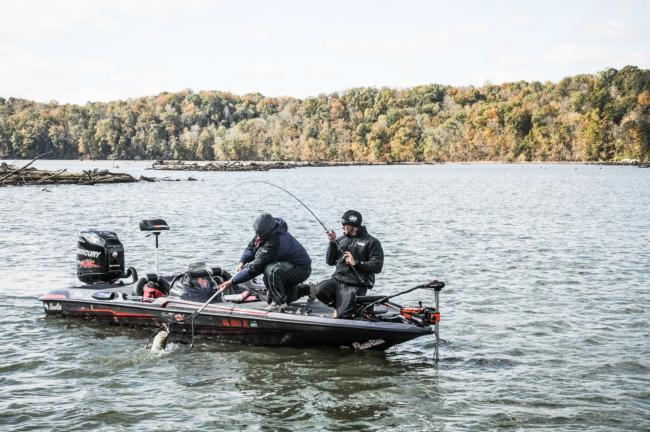 “I’m not going to lie, I was complaining like everyone else at the start of the week,” said Birge, whose first visit to Wheeler came during official practice. “I had an absolutely terrible practice. It wasn’t until the final day of practice that I ran into some fish and that changed my mindset for this tournament.”

Falling water conditions made things frustrating for many of those who had found shallow fish in practice. But Birge never doubted he was in a prime spot up the Elk River. The first day of the tournament provided proof for the Oklahoma pro, though the fish he caught weren’t of the size he had found in practice. His day-one limit weighed a respectable 10-15.

“The place I found up the Elk River looked just like the water I would fish on Grand Lake back home,” Birge explained. “It looked almost identical. That gave me the confidence that I needed to focus on that area.”

The area included a 4-mile stretch of river with sand flats and logjams. The channel meandered through it and baitfish seemed to be everywhere. Timing was crucial to get the better quality bites and Birge needed to pull up to the right sand flat at the right time when the bigger fish came up to feed. Luck was on his side on day two.

“Early in the mornings there was current flowing through the stretch I was fishing,” Birge explained. “That got the fish feeding early. I caught a couple big fish early on day two and that helped me out a lot.” 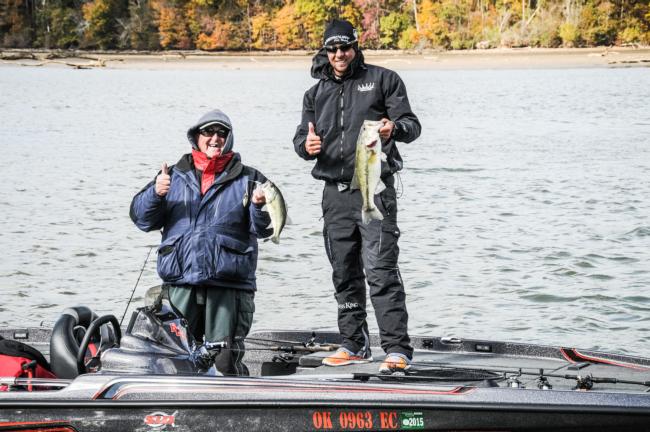 While Birge spent the first round of the event sharing water with one other boat, that wasn’t the case on day two. With more company and fewer bites around his main spot, late in the day he made the call to run to a pocket that others had overlooked throughout the week. The unpressured water rewarded him with three culls that brought his day-two catch to 17-1 and move him to third place.

When he left Joe Wheeler State Park Saturday morning for the championship round, Birge knew that the one place he could put together another big bag would be back up the Elk River.

“When I got up there [Elk River] I caught three good ones right away,” said Birge. “I was shocked by that. After I got those, the bite slowed down a lot, but I just kept working up and down that area trying to milk it. The biggest thing for me all week was knowing that the fish would replenish on those sand flats.”

His final-day performance of 19 pounds was more than enough to secure not only his first Rayovac FLW Series top 10, but also his first victory in FLW competition. 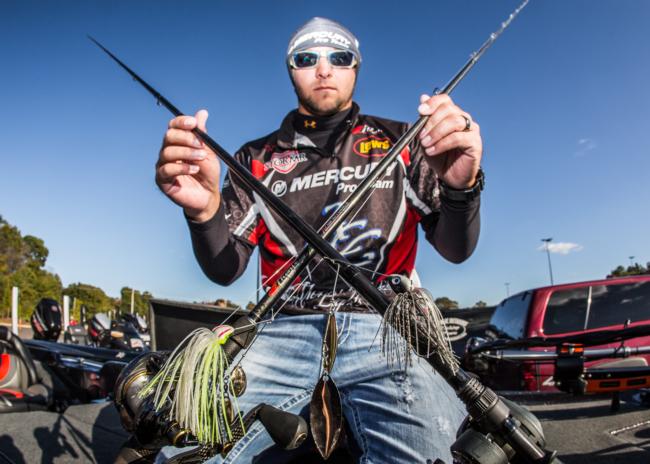 Birge mainly employed two baits. The first was a ½-ounce River2Sea Bling spinnerbait in a sexy shad color. The second was a ¾-ounce Santone spinnerbait. He noted that bigger blades on his spinnerbait were the key to enticing bigger bites. He threw those spinnerbaits on a 7-foot, 4-inch medium heavy Phenix rod with a Lew’s Tournament Pro reel spooled with 20-pound Sunline FC Sniper fluorocarbon.

Birge worked his spinnerbait along the break on the sand where it dropped to the main channel. He fished anywhere from 2 to 10 feet of water, but said that the majority of his fish came from 8 feet of water.

“I had to work the spinnerbait extremely slow. If I thought I was reeling it slow enough, I would slow it down even more.

“There was a bunch of timber that I couldn’t see that I think those fish were staging in. I could see the big fish on my graph out deep and every now and then one would pull up and eat.”

After capturing this Rayovac championship title, Birge has set his sights even higher.

“This is my second year fishing the Rayovac FLW Series and I have cashed a check in every one I’ve fished. But this truly tops it off. It also takes a lot of pressure off because I was planning on fishing the Walmart FLW Tour next year and wasn’t sure how I would finance it. This win takes a lot off my shoulders in terms of that. It will also take a lot of pressure off of me on Tour, since I’m already qualified for the Forrest Wood Cup. Now I can just go out and have fun next year.”

The highest finishing boaters from each Rayovac FLW Series division that qualified for the 2015 Forrest Wood Cup were:

Additionally, Thrift, Peek, Kapiton, McCall and Yelas also qualified for the 2015 Forrest Wood Cup as they were the five highest finishing anglers after the division leaders were removed.