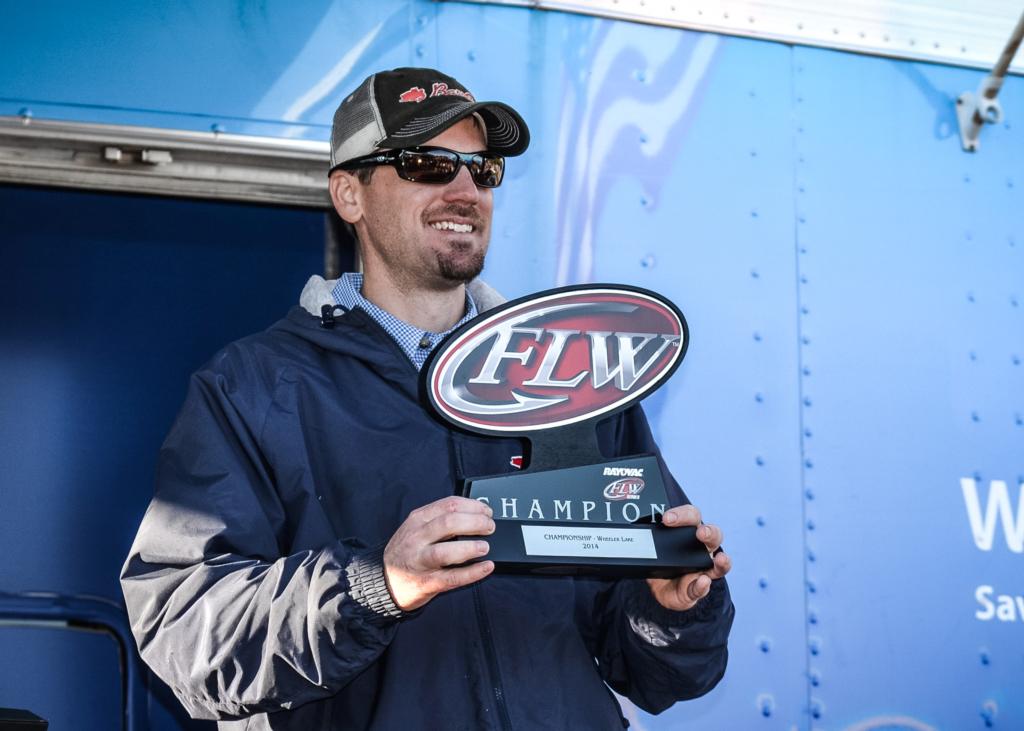 ROGERSVILLE, Ala. – James Callaghan got matched up with the right pros when it counted the most here in the 2014 Rayovac FLW Series Championship on Lake Wheeler and his three-day total weight of 24 pounds, 3 ounces won him the co-angler title and the Ranger  Z117 boat package that went with it.

Callaghan, of De Berry, Texas, was paired with pros who accommodated his slow approach. Not that Wheeler’s bass are all that finicky usually, but a cold front that swept through the Southeast on Friday put them off their feed. Where reaction strikes were padding the stringers of contestants in the early stages of the three-day event, a more methodical presentation got the most bites for Callaghan on day three.

“I fished with Chris Baumgardner today [Saturday] and he was fishing slow enough so that I could fish a shaky head effectively in areas around bluff banks with lots of wood cover,” said the Texas angler, a mechanical engineer. “I really had to soak the bait to get bites, but fortunately all the pros I fished with were taking the same kind of approach.” 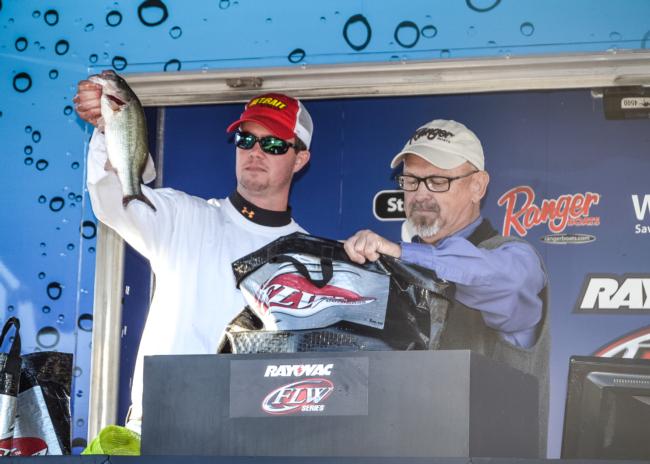 Justin Sward of Birmingham was runner-up in the co-angler standings with 22-11, mainly on the strength of a 7-11 stringer that was day three’s heaviest stringer for a co-angler. Sward, who owns NetBait, fished with that company’s T-Mac Worms and Paca Chunks. The 2014 Walmart BFL All-American co-angler champion, Sward collected $9,000 for his efforts in the Rayovac FLW Series championship. 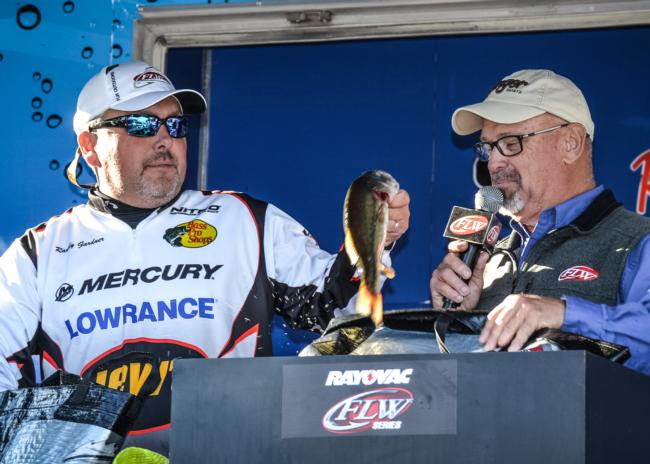 Randy Gardner of Wetumpka, Ala., finished third in the co-angler standings with 22-11 and got $7,500. Gardner never caught a limit throughout the tournament, but the ones he took to the scales were of the right quality. On day two, Gardner’s two-fish stringer weighed 9-4. His most productive lure was a spinnerbait.

Callaghan, Sward and Gardner qualified for co-angler berths in the 2015 Forrest Wood Cup on Lake Ouachita.