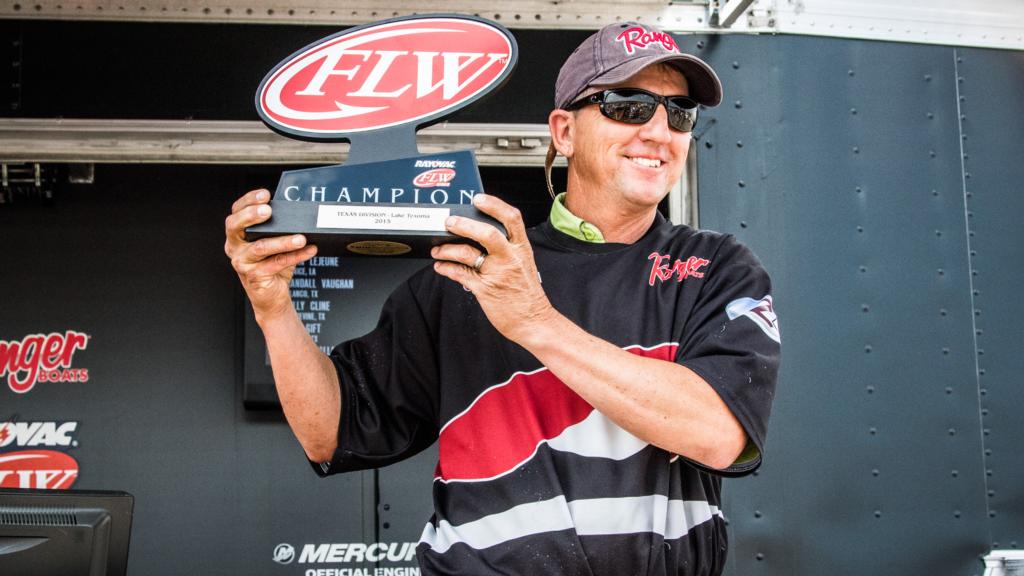 No doubt, co-angler Ryan Lejeune, of Eunice, La., would have preferred two more days like his first, but a big opening effort set up his wire-to-wire win in the Rayovac FLW Series Texas Division tournament on Lake Texoma.

On that first day, Lejeune sacked up a limit catch that weighed 12 pounds, 4 ounces – the heaviest co-angler bag of the tournament. On day two, Lejeune had only two bites, but they were quality fish that tallied 6-5.

“On day one, I had a really good guy (7th-place pro Brian Ankrum) that was on fish,” he says. “He caught his limit and I caught a limit behind him.” 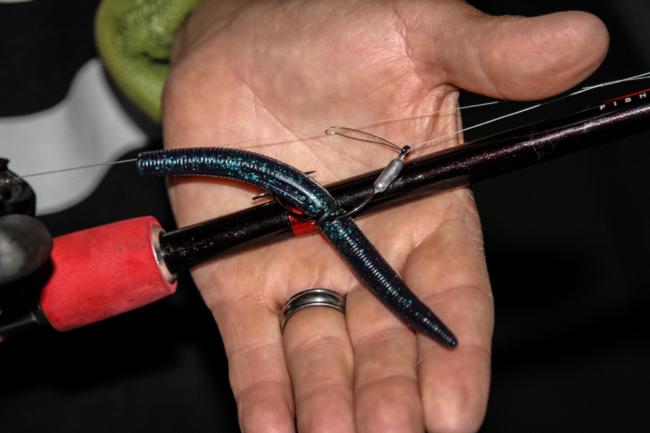 One of his day-one fish came on a frog, but the rest of the fish he weighed ate a 5-inch Yamamoto Senko in the Junebug color. Rigging his bait with a 1/4-ounce tungsten weight and a 5/0 Gamakatsu hook, Lejeune fished with fluorocarbon to add a stealth element to his presentations.

“I was in all that vegetation where my pros fished but I used 14-pound fluorocarbon, not braid, and I got them out,” he reveals. “My pros were good netters – they really helped me.”

“Dedication and hard, hard work – that’s it,” he adds. 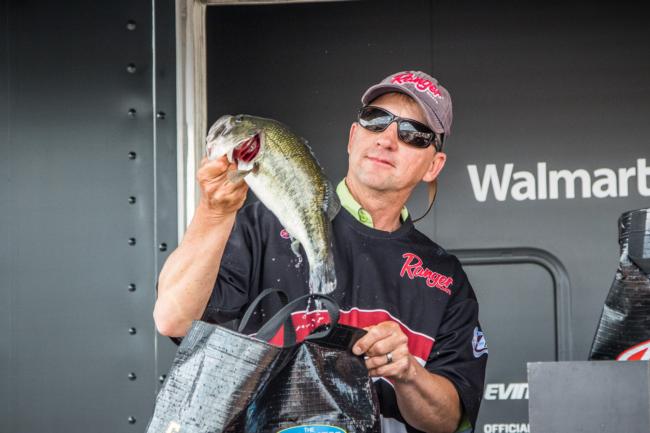 The rest of the top-10 co-anglers: