What to throw on Seminole in May 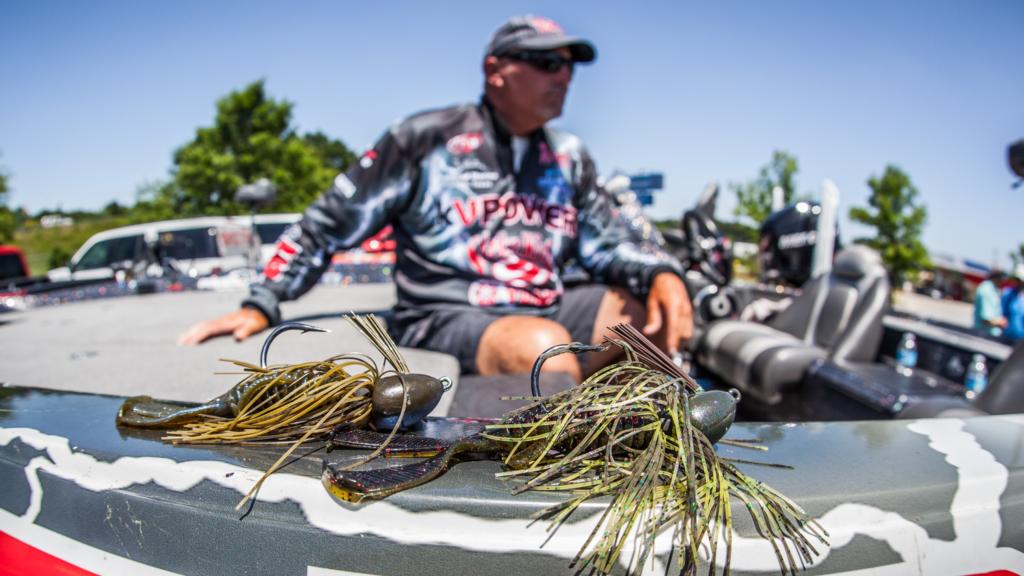 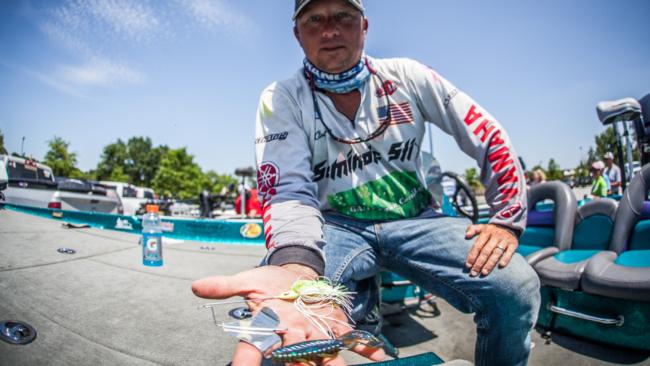 1. Clint Brown picked up the win with a Bass Pro Shops buzzbait, an Okeechobee craw-colored Bruiser Baits Intruder and a Dirty Jigs swimjig in a shad pattern. 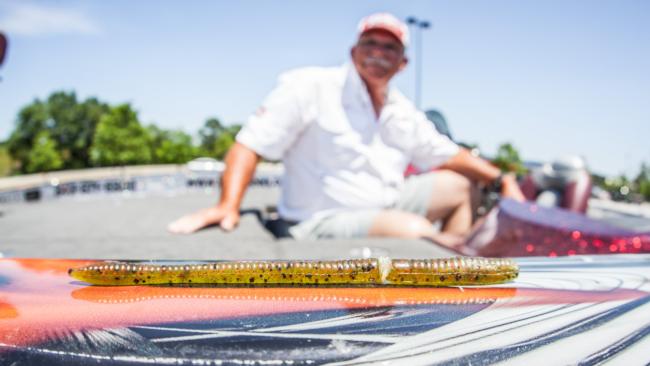 2. Ken Ellis relied on a whacky-rigged watermelon red-colored Zoom Trick Worm for all of his fish. 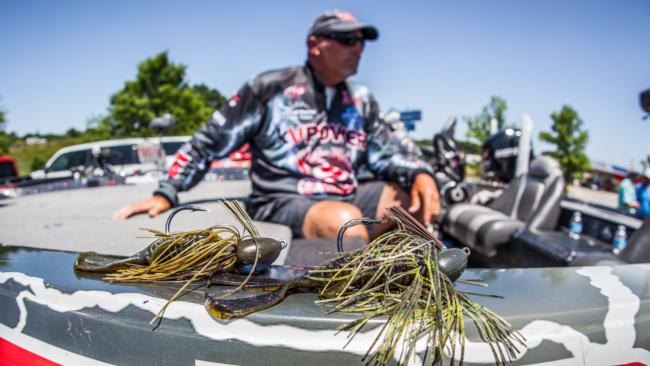 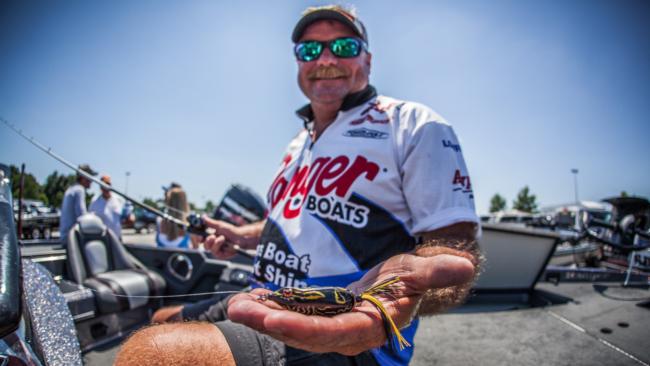 4. Scott Wiley caught every one of his keepers with a rainforest black-colored SPRO Bronzeye Frog 65. 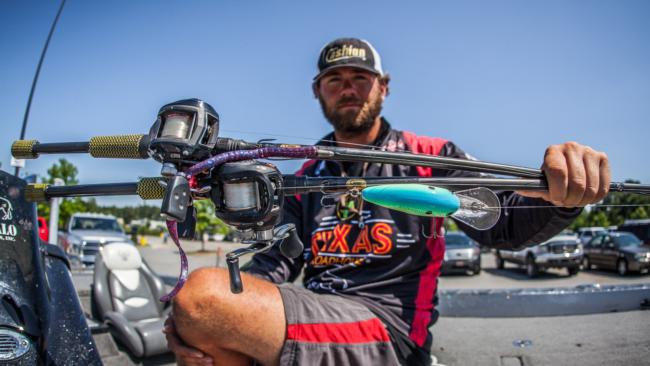 5. One of the few who fished deep all week, John Hunter boated his better fish on a powder blue/chartreuse-colored Strike King 10XD (citrus shad is the color pictured) and added a few with a Texas-rigged Zoom Ol’ Monster worm in the plum color. 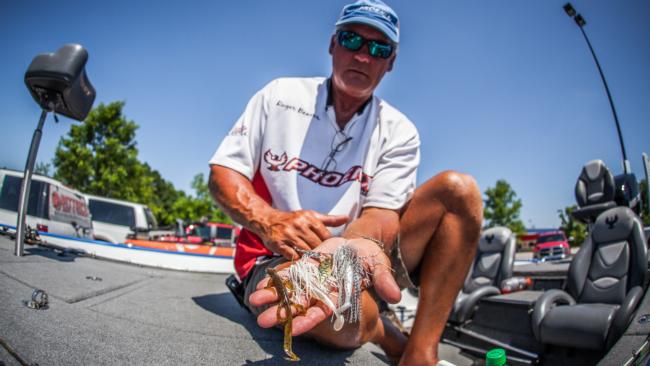 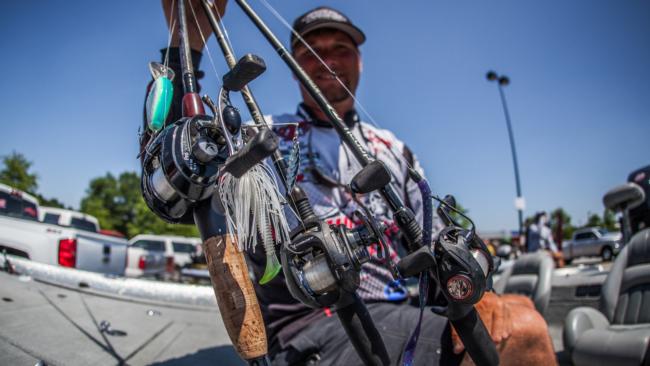 7. After a disappointing finish in the FLW Tour event at Eufaula, Clayton Batts bounced back with a citrus shad-colored SPRO Little John DD, a 1-ounce Strikezone Ledgebuster spinnerbait (not pictured), a Strikezone Master Blaster 3/4-ounce spinnerbait and a Big Bite Baits B2 Worm. 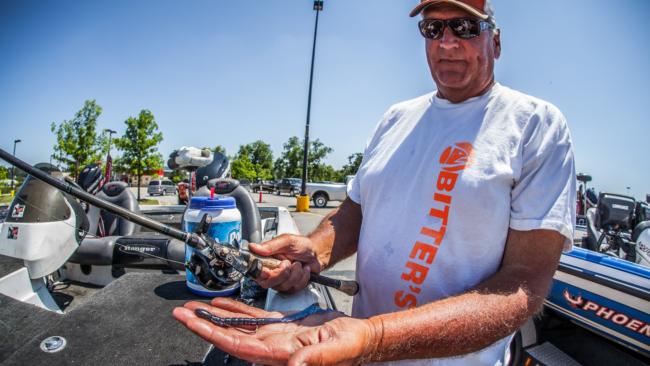 8. When all else fails, John Bitter reverts to one bait that always works for him on Seminole: his own junebug blue silver-colored Bitter’s Best Value 8-inch ribbontail worm. 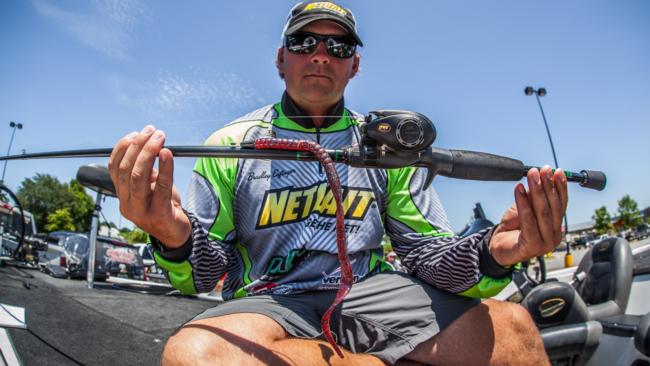 9. Day-one leader Bradley Enfinger threw an 11-inch plum apple-colored NetBait C-Mac on a ¼-ounce Texas rig for nearly all of the fish he caught that mattered. 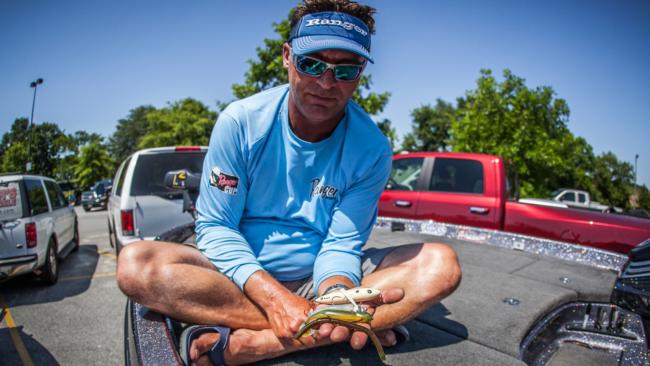 10. Sven Hilland fished shallow and deep with a huge variety of baits. Some of his top baits were a bone-colored Heddon One Knocker Spook, a sun gill-colored Reaction Innovations Skinny Dipper, a Keitech Swing Impact FAT on a ½-ounce Sworming Hornet Weedless Fish Head Spin and a drop-shot Zoom Swamp Crawler.