Northern Rayovacs Kick Off on the James 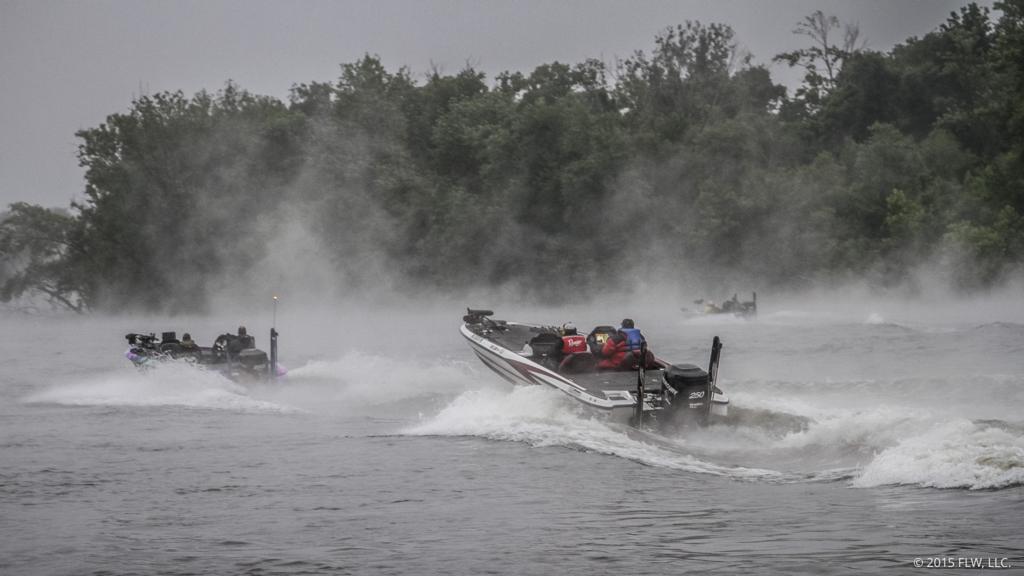 Ostensibly, the Rayovac FLW Series Northern Division tournament presented by Mercury that began this morning is taking place on the James River, but much of the fishing focus will be centered on the Chickahominy River – or Chick, as it’s affectionately known locally.

“This tournament is typically won out of the Chick,” says North Carolina pro Jamey Caldwell of the James River tributary. “There are some great bags coming out of the [James] river right now, but I just feel that those big fish are a little more sporadic. I’m going to hang out in the Chick and hope for the best.”

“There’s a lot of shallow fish, and you can catch them up and down the James, but I’m making the run to the Chick – mainly because the bites are a little bigger,” Wood notes. “You can catch big fish in the James, too, but there are some monsters up in the Chick.” 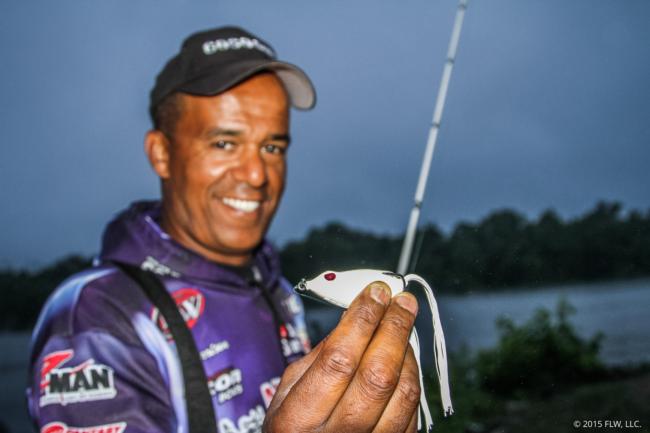 A fertile fishery with a good mix of hard cover and aquatic vegetation, the James River complicates standard bass-fishing strategies with its tidal dynamics. Daily ebb and flow moves fish and forage on a predictable schedule, but timing is critical.

Some might opt to stay in a general area for long periods and adjust their depth and tactics based on changing water conditions. Others, such as Caldwell, prefer “chasing the tide,” by frequently moving throughout the river to stay within a preferred tidal stage.

Today, anglers start on a high tide, with outgoing water throughout the morning. Falling water typically presents the best opportunities, as the outgoing water pulls fish to the edges of shallow cover where anglers can access them better. Also, the buffet of forage exiting the flooded areas puts the bass in a serious feeding mood.

“You gotta stay on the tides and sometimes you have to leave biting fish to go get on other fish,” Caldwell explains. “I love tidal fisheries like the James River because they’re so fast-paced. You gotta be on your game all day long, making those changes. 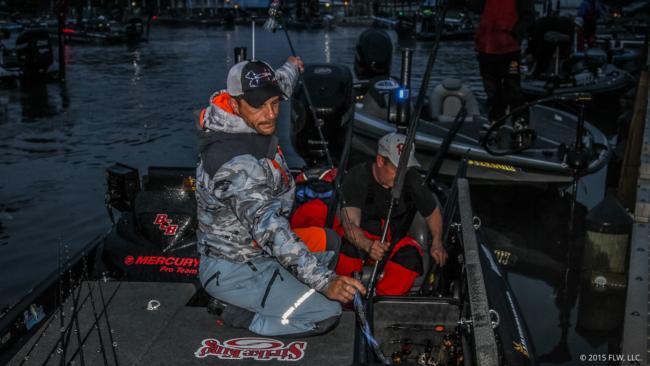 “If you get to an area and the water’s not right, you gotta move. The good thing is you can move up, you can move down – depending on what the tide’s doing – and you can get back into that good water.”

Day one dawned with a sheet of water extending several yards past the end of the Osborne Landing dock – a clear sign of exceptionally high water. The morning’s high tide accounts for some of that, but recent heavy rains, plus the lingering effects of Tuesday’s full moon, have also borne significant influence.

As Wood points out, it expands the opportunities for anglers who know how to leverage the higher water.

“You’re going to be able to get really shallow and a lot of fish are going to be caught like that,” Wood says. “That high water gives you access to more flooded timber and shoreline vegetation.”

Matt Stasiak is also looking forward to the benefits of high water.

“With all that rain, the water cooled down quite a bit,” he notes. “It was 83-85 degrees, but yesterday [Wednesday] it was in the upper 70s. It’s turning the fish on. They’re hitting topwaters.”

Looking for a good surface bite early, Stasiak will start his day by throwing a buzzbait around the pads and wood cover. Generally, the morning topwater bite subsides when the rising sun pushes the fish tighter to cover, but today’s forecast for cloudy skies and rain might extend the prime period. 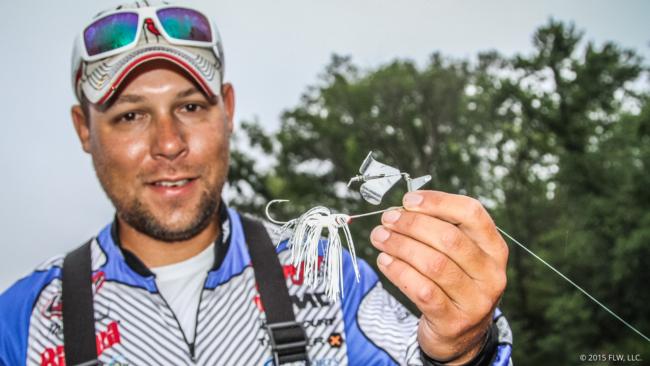 At some point, the topwater pattern will taper off and that’s when Stasiak will turn to a Texas Rigged Zoom Baby Brush hog. Flipping and pitching this bait around cover will be his plan.

Wood will focus on the reaction bite early with a frog and a ChatterBait. Later in the day, he’ll flip a Texas-rigged worm around the shallow wood.

Garrison is banking heavily on the frog bite. During practice, he found a consistent bite in the pads with a white Spro Bronzeye Frog, so he’ll start the day with this bait. He’ll back up his topwater game with a finesse presentation around shallow cover.