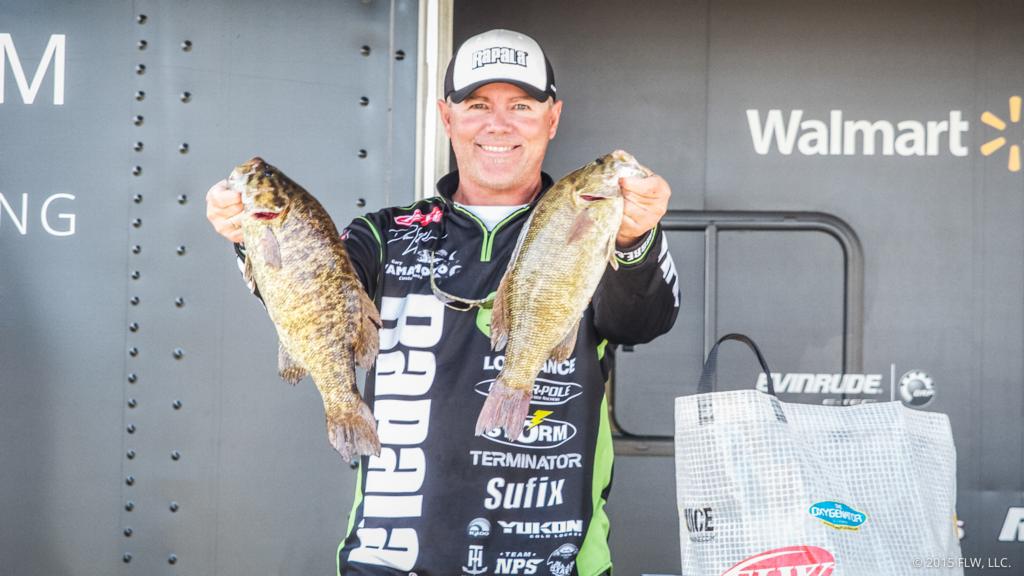 Ohio pro Jared Rhode took the day-one lead in the Rayovac FLW Series Northern Division hosted by the City of Sandusky and Lake Erie Shores & Islands Welcome Center on Lake Erie with 23 pounds, 10 ounces. Drop-shotting and dragging tubes produced all of his fish.

Taking off this morning, the FLW Tour pro from Erie, Pa., knew the day’s north wind would keep him from making a long run to a big-fish spot close to his home. However, keeping it local and fishing a little past Pelee Island to the west delivered a solid second-place catch.

“I’m really happy; I didn’t think I’d catch this size out of that spot,” Lefebre says. “I caught them pretty quickly and the fish I weighed were the first five I caught. I had them all before 8 o’clock.

“I checked this spot on Monday and caught one 4-pounder and there was one with it. I had another spot where I thought I could catch 18 or 19 pounds, but I didn’t know the potential of that starting spot. It was just on fire.”

Targeting a rock vein, Lefebre caught approximately 80 fish on a Rapala DT series crankbait, including three of his limit fish. The other two came on a drop-shot with a Yamamoto Shad Shape Worm.

“It was calm where I was and I could see the bottom,” Lefebre says of his crankbait presentations. “I had to throw to something I could see.” 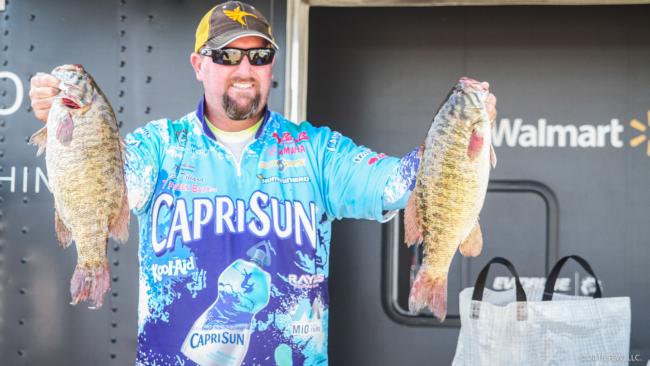 A lean practice frustrated Dillard, but today’s decreasing wind actually allowed the pro from West Monroe, La., to settle into a replicable routine that produced the fish he needed.

“It kind of laid down and it was good fishing drift waves where we could drift down through there fairly controlled,” Dillard says. “It was kind of bumpy going out, but our drift was good.”

Dillard said he tried several different baits in practice, but resorting to his old-school reliables delivered today. He caught his fish in 12 to 23 feet by drop-shotting shad style baits and wacky-rigged worms.

“There’s a big algae bloom and the water is dark, so I’m trying to throw baits that are darker than normal,” says Dillard.

Rock humps, breaks and zebra mussels, along with bait schools were key elements of the places Dillard targeted. 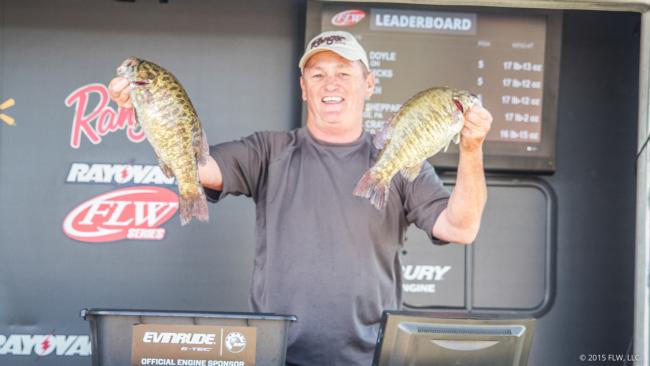 He started his day with reaction baits on a shallow spot and after realizing he’d probably overstayed his welcome, the Johnstown, Ohio, pro moved out to a deeper spot where he upgraded his bag with a drop-shot.

“I thought if I catch another one the same size, I’m leaving. I caught one – and it was a good fish, but it didn’t help me, so I left them biting. I feel pretty good about it, so we’ll see how it works out.” 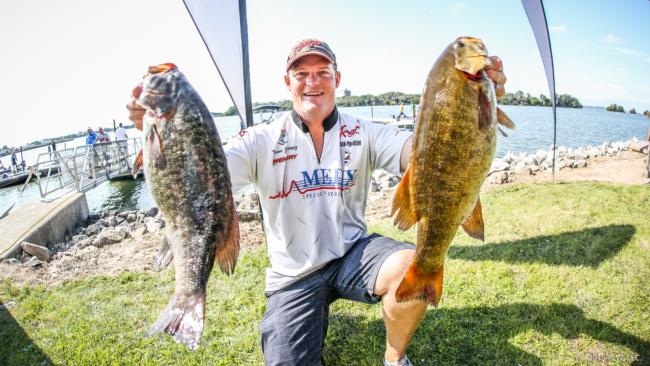 Trevor Jancasz wasted no time putting fish in the boat this morning. Jancasz employed a two-pronged approach to not only load the boat, but upgrade as well.

“I caught them right off the bat; I had a limit within 30 minutes and I caught them all day,” the White Pigeon, Mich., pro says. “I fished super shallow in the morning and then went out deep and caught them out there.”

Jancasz said his early spots were in 5 to 10 feet of water, while his offshore efforts reached as deep as 30. His game plan: reaction baits for the shallow fish and drop-shots for offshore.